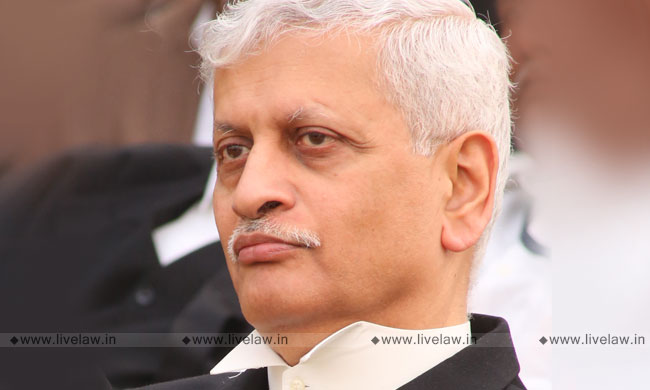 Justice UU Lalit of the Supreme Court recused himself from a matter pertaining to an appeal filed by the State of Karnataka against aKarnataka High Court order which struck down the 25 percent domicile reservation at the National Law School of India University.

Justice Lalit informed the Counsels present that he had represented a member of the governing board previously and would not be able to hear the appeal.

Accordingly, the Court directed for the appeal to be listed before another Bench.

On 29th September last year, a Bench of Justice B V Nagarathna and Justice Ravi V Hosmani of the High Court pronounced the order and said the "The amendment is ultra vires to the act. The State government has no State and has no direct say in the functioning of the law school. It is an autonomous institute and not aided by the state government."

The Bench said the Executive Council of the University has powers to introduce reservation and "If we allow this thing (state reservation) to be done virtually there will be two centers of control, one with executive council and other by state which will be an unhealthy trend." It bserved that, "by the impugned amendment what is sought to be created is a state quota which is not permissible."

The Bench rejected the argument of the State Government that the object of reservation was to retain talent in Karnataka. It said "Karnataka Students aspiration cannot be said to be in Karnataka alone when opportunities are available overseas and India."

It was further suggested that "Executive Council of NLSIU consider Reservation for WOMEN and ECONOMICALLY WEAKER SECTIONS OF THE SOCIETY at the law school."

The Court has concluded by saying "No scientific study is conducted, the reservation impact is contrary to what is the purpose of the law school. The impugned reservation is struck down as it does not meet the twin test of Article 14.

In March, the Karnataka State Assembly passed the National Law School Of India (Amendment) Act, 2020, which received the Karnataka Governor's assent on April 27. As per this amendment, NLSIU should reserve horizontally twenty-five percent of seats for 'students of Karnataka'.

The amendment inserted the following proviso in Section 4 of the National Law School of India Act :- "Notwithstanding anything contained in this Act and the regulations made thereunder, the school shall reserve horizontally twenty-five percent of seats for students of Karnataka."

As per the explanation of this Section, "student of Karnataka" means a student who has studied in any one of the recognized educational institutions in the State for a period of not less than ten years preceding to the qualifying examination.