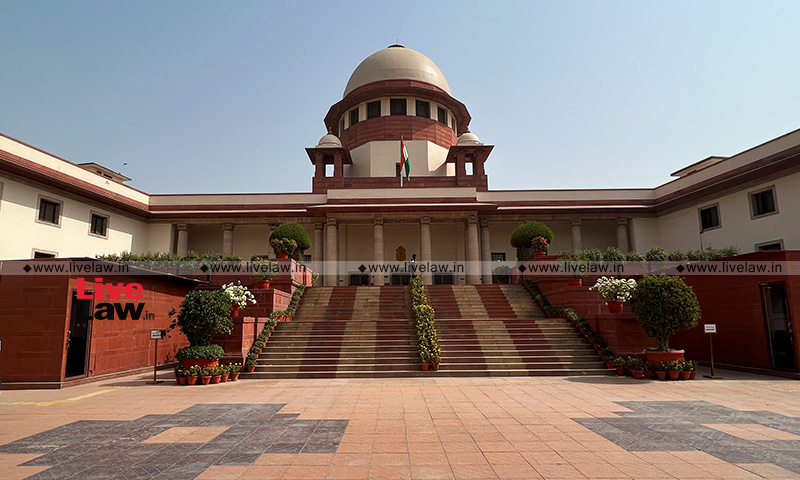 The Supreme Court on Thursday granted liberty to the father of the student who allegedly died by suicide in Kallakurichi, Tamil Nadu, to withdraw a plea seeking inclusion of a doctor of his choice in the panel of doctors constituted for the re-postmortem of the body.A Division Bench of Justices BR Gavai and P Narasimha also granted liberty to the petitioner to move a fresh application before...

The Supreme Court on Thursday granted liberty to the father of the student who allegedly died by suicide in Kallakurichi, Tamil Nadu, to withdraw a plea seeking inclusion of a doctor of his choice in the panel of doctors constituted for the re-postmortem of the body.
A Division Bench of Justices BR Gavai and P Narasimha also granted liberty to the petitioner to move a fresh application before the Madras High Court.
The girl had died on a private school premises over alleged mistreatment by the authorities. This was followed by a violent protest in the area.
When the matter was taken up for hearing today, the bench asked the purpose of the present plea. " (Madras High Court) order was passed in your favour, then?"
"I want a forensic expert of my choice in the panel", Advocate Rahul Shyam Bhandari, appearing for the victim's father apprised the Bench.
"Between the court and you, who should be trusted? Why should we give you an independent panel of doctors?", the court further questioned.
Bhandari said that the investigation in the matter was done quite casually and allegation of rape and murder of the victim was not even looked into.
"The Investigation has been transferred to CB-CID and for that, we are quite grateful to the High Court", Bhandari said while adding that the State government's stand has been quite problematic.
On July 19, despite the matter being pending, the State government proceeded to conduct a second post mortem in the absence of the parents and without waiting for the outcome of the special leave petition filed before the Court. This shows the state is not proceeding in a fair manner, Bhandari argued.
Also, the first first post-mortem was done in a shabby and unscientific manner and the allegation of rape was not examined. There have been various discrepancies and that's the reason we sought appointment of an independent expert, he added.
"Were you informed of the second post mortem?", the court asked.
"They informed my senior counsel at 10 pm that the post mortem would be conducted at 1 pm. Kallakurichu is around 3 hours from Chennai. I can't be there in 1-½ hours. I was not even taken into confidence", he replied.
After an internal discussion between the bench, the court asked,
"Don't you have faith in the High Court?"
"I have faith in the High Court but not in the way the state is moving with the matter", Bhandari replied.
"Bring all this to the notice of the High Court and request for a third post mortem. Because why should we disbelieve the 3 independent doctors ?", the court queried.
The counsel appearing for the State government stated that the second post- mortem was conducted only by 4 pm and that the parents and their counsel were contacted continuously, however, they weren't available.
Hearing all the submissions, the court informed the counsel that he had two options—to either withdraw this petition and move the High Court, failing which the Supreme Court would dismiss the matter.
Bhandari then informed the court that he would like to withdraw the petition and move the High Court, which was accepted by the Court.
"The High Court is seeing the matter……bring all this to the notice of the court."
As the matter drew to a close,  Dr.Joseph Aristotle, the counsel appearing for the State, said, "Please tell them to take the body after the post mortem, it's still in the mortuary."
"Tell the High Court", was the Bench's response.
Earlier this week, the Madras High Court had allowed the State to conduct a re-postmortem of the student without the presence of her parents.
Earlier, the court had allowed a re-postmortem to be conducted by a group of three doctors and a retired forensic director to be appointed by the court. Later, a division bench of Justice M Duraiswamy and Justice Sunder Mohan turned down a mention made by the girl's father seeking the inclusion of a doctor of his choice during re-postmortem.
The deceased's father then made an oral plea before the Supreme Court seeking the same relief, which was rejected, observing that the High Court was already seized of the matter.
After the Supreme Court rejected the plea of the father, the Tamil Nadu Government approached the High Court as the parents were not available for the autopsy procedure. The hospital authorities pasted a notice at the residence of the parents informing them about the autopsy procedure and carried on with the procedure as per the orders of the court.
Also, a Special Investigation Team (SIT) was constituted as per the directions of the court to probe into the rioting, arson, and connected incidents that occurred in Kallakurichi on Sunday. The SIT is headed by Tr. Praveen Kumar Abhinapu IPS, Deputy Inspector General of Police. The SIT is to unearth the entire conspiracy behind the incident and identify the violators, and persons who formed Whatsapp groups and instigated the rioting situation. The SIT is also to take appropriate action to identify the Youtubers who had spread false news and conducted parallel media trials in YouTube and to block such YouTube channels.
Case Title: Ramalignam vs The Director General of Police and ors.