BREAKING : 'High Courts Are In A Crisis Situation': Supreme Court Lays Down Time Line For Appointment Of High Court Judges 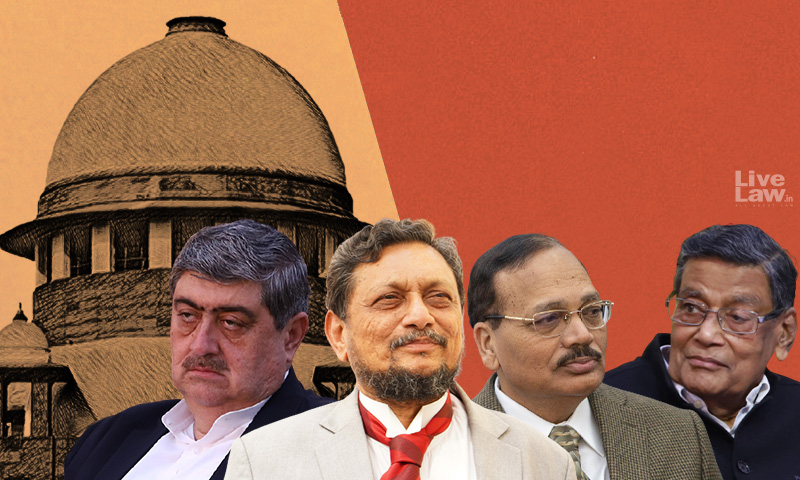 Expressing grave concerns at the mounting vacancies of High Court judges, the Supreme Court on Tuesday emphasized that the Central Government should proceed to make appointments immediately after the Supreme Court collegium has cleared the names.If the Government has any reservation over the Collegium recommendations, it should send back the names with specific reasons for reservations.Once...

Expressing grave concerns at the mounting vacancies of High Court judges, the Supreme Court on Tuesday emphasized that the Central Government should proceed to make appointments immediately after the Supreme Court collegium has cleared the names.

If the Government has any reservation over the Collegium recommendations, it should send back the names with specific reasons for reservations.

Once the Supreme Court collegium reiterates the names, the Centre should make the appointment within 3-4 weeks of such reiteration.

The court has laid-down the time-line as follows :

1. The Intelligence Bureau (IB) should submit its report/inputswithin 4 to 6 weeks from the date of recommendation of the High Court Collegium, to the Central Government.

2. It would be desirable that the Central Government forwardthe file(s)/recommendations to the Supreme Court within 8 to 12 weeks from the date of receipt of views from the State Government and the report/input from the IB.

3. It would be for the Government to thereafter proceed to make the appointment immediately on the aforesaid consideration and undoubtedly if Government has any reservations on suitability or in public interest, within thesame period of time it may be sent back to the Supreme  Court Collegium with the specific reasons for reservation recorded

A bench comprising Chief Justice of India SA Bobde, Justices Sanjay Kishan Kaul and Surya Kant observed that it will be 'advisable' to follow the above time-line.

"The High Courts are in a crisis situation. There are almost 40%vacancies in the High Courts, with many of the larger High Courts working under 50% of their sanctioned strength", the bench noted in the order.

"We are conscious that the aforesaid exercise is collaborative in nature and we would expect promptness in this process to facilitate the larger cause of dispensation of timely justice", the Court said in conclusion of the order.

The bench passed the order in the the case PLR Projects Ltd vs Mahanadi Coalfields Pvt Ltd, which is a transfer petition in 2019 seeking to transfer to Supreme Court a case from the Orissa High Court on account of the lawyers strike there. While considering the case, the Supreme Court had delved into the issue of pendency of collegium recommendations at the Ministry level.

Last month, the bench had required the Attorney General to make a statement regarding the time needed to clear collegium recommendations pending with the Law Ministry.
Following that, the AG told the Court on April 15 that the Ministry will decide within 3 months the collegium recommendations which had been pending for over 6 months.
In December 2019, a bench comprising Justices SK Kaul and KM Joseph had passed an order in the case stating that the persons recommended by the High Court collegium, which are approved by the Supreme Court Collegium and the Government, should be appointed within 6 months.
On an earlier hearing of the case in 2019, the bench had commented that nearly 40% sanctioned posts of High Court judges were lying vacant, and urged the Attorney General to take steps to expedite the appointment process.

Thus, sending names six months in advance would be meaningful only if the process till appointment is complete within six months which is a work the Government must attend to", the bench had said in an order passed in November 2019.

On an earlier date of hearing, March 25, the bench comprising CJI Bobde, Justices SK Kaul and Surya Kant observed that the Union Law Ministry must clear the collegium recommendations within a reasonable time period.