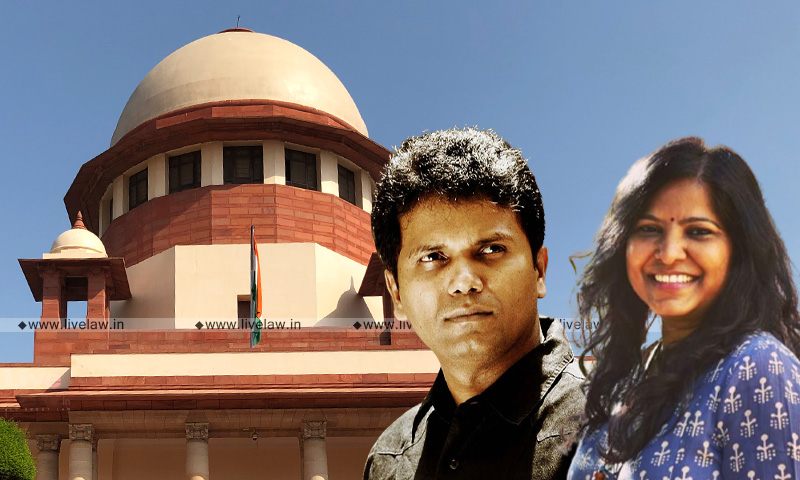 The Supreme Court on Friday refused to interfere with the Madras High Court's order which directed the release of the passport of renowned filmmaker, poet and artist Leena Manimekalai, which was impounded by the Passport authorities citing the pendency of the criminal defamation case filed against her by film producer Susi Ganesan. The Supreme Court also directed the Chennai Magistrate Court...

The Supreme Court on Friday refused to interfere with the Madras High Court's order which directed the release of the passport of renowned filmmaker, poet and artist Leena Manimekalai, which was impounded by the Passport authorities citing the pendency of the criminal defamation case filed against her by film producer Susi Ganesan.

The Supreme Court also directed the Chennai Magistrate Court to complete the trial in the criminal defamation case, filed by Ganesan against Manimekalai over the "MeToo" sexual harassment allegations raised by her against him in a Facebook post in 2018, as expeditiously as possible, preferably within a period of four months.

Observing that Leena Manimekalai's personal presence at the trial was not necessary, the bench of Justices Indira Banerjee and JK Maheshwari also asked the trial court to issue summons with reasonable notice in the event the trial court felt that her presence was necessary.

The bench also granted the trial court liberty to take necessary steps against her in accordance with law while in case of her non-appearance. With these observations, the Supreme Court disposed of Ganesan's special leave petition filed against the Madras High Court's order.

The High Court had quashed the impounding of Manimekalai's passport after observing that it was done in violation of the Passports Act.

Appearing for director Susi Ganesan (petitioner), Senior Advocate Anita Shenoy submitted that Leena Manimekalai (respondent) had put up "offensive posts on her Facebook way back in 2018 making scurrilous baseless allegations against the petitioner".

It was also her contention that it had been 3 years since the trial had started but the petitioner had been left "high and dry" due to the respondent's attempts in dragging the case.

Arguing that the petitioner's image had been tarnished and his reputation was at stake, Senior Counsel submitted that if the respondent left abroad for higher education, the trial will get derailed.

"After the passport was issued, she was planning to go back to Canada to complete her studies. I have no idea as to when she will come back. Because of the egregious conduct of not cooperating with the trial. taking the court on a ride, I am left high and dry. Am I supposed to await as to when she would come back? I apprehend that she would be gone by now," Senior Counsel submitted

"I want to clear my name. My reputation has already been tarnished", Shenoy submitted.

The bench however noted that the High Court has already passed directions for the time-bound trial in the case.

Advocate Guru Krishnakumar, appearing for Manimekalai, requested if the outer limit for trial could be enhanced as 5 months, as Manimekalai might need to complete her course in foreign university. The bench did not accept this request.

In 2018, when the #MeToo Movement was in the fore, Leena came forward with sexual harassment allegations against Director Susi Ganesan. A criminal defamation case was pending against the filmmaker since 2019, filed by Susi Ganesan in the Chennai Magistrate Court.

In the petition before High Court, Manimekalai, through her Advocate, had submitted that the impounding order was passed by completely disregarding her reply to the show cause notice issued priorly. She also contended that the passport was renewed back in 2017, and since there weren't any criminal proceedings against her at the time of renewal, it cannot be said that the renewal was completed by suppressing material facts.

Madras High Court on December 3, 2021 had allowed the petitioner's plea while setting aside the impounding order of Regional Passport Officer, Chennai on the grounds of pendency of criminal defamation proceedings against her.

Justice M. Dhandapani had directed the Regional Passport Office to release the impounded passport within a period of one week from the receipt of the court's order.