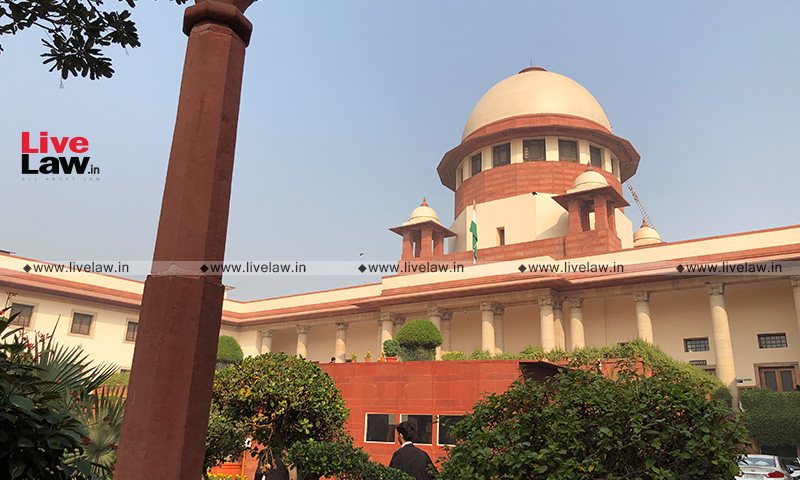 In respect of MACT claims against state-owned vehicles which are not covered under insurance, the Supreme Court on Thursday called upon Additional Solicitor General Jayant K. Sud to examine if its earlier direction to the States to create funds (equivalent to the liability arisen in the last 3 financial years) to cover the requirement of disbursement of the compensation would create an...

In respect of MACT claims against state-owned vehicles which are not covered under insurance, the Supreme Court on Thursday called upon Additional Solicitor General Jayant K. Sud to examine if its earlier direction to the States to create funds (equivalent to the liability arisen in the last 3 financial years) to cover the requirement of disbursement of the compensation would create an additional burden on the states.

The Court also asked the ASG to examine if the solution instead may be to increase the level of accident relief funds already created in terms of the Section 146 of the MV Act read with the 1989 Rules, which is presently prescribed at Rs. 20 lakhs as of 1982.
The bench of Justices S. K. Kaul and M. M. Sundresh was hearing the writ petition filed by Insurance Company Bajaj Allianz seeking directions and guidelines for facilitating compensation disbursement process and expedition of cases before Motor Accidents Claims Tribunal.
In its order of November 16, 2021, the bench had noted that in respect of a direction passed earlier for the Additional Solicitor General to look into the feasibility of withdrawing exemptions given to the vehicles of the State Corporation(s) for insurance, or in the alternative to create a mechanism to ensure that a sufficient fund pool was available with these corporations for meeting their liabilities towards the claimants, the Additional Solicitor General submits that on examination, it has been found that it was not feasible to withdraw the exemptions.
In this backdrop, the bench had recorded in its order dated 16.11.2021 as follows :
"If that be the position, then the alternative must come into force to create a mechanism to ensure that a sufficient fund pool is available with these Corporations;
In respect of the aforesaid Mr. N. Vijayaraghavan, Amicus Curiae has drawn our attention to Section 146 of the Motor Vehicles Act, 1988, which reads as under :
'146. Necessity for insurance against third party risks.-(1) No person shall use, except as a passenger, or cause or allow any other person to use, a motor vehicle in a public place, unless there is in force, in relation to the use of the vehicle by that person or that other person, as the case may be, a policy of insurance complying with the requirements of this Chapter ... (2) The provisions of sub-section(1) shall not apply to any vehicle owned by the Central Government or a State Government and used for purposes not connected with any commercial enterprise (3) (...) Provided that no such order shall be made in relation to any such authority unless a fund has been established and is maintained by that authority in such manner as may be prescribed by appropriate Government'...A reading of the aforesaid provision makes it clear that any exemption from operation of sub-Section (1) under sub-Section (3) of vehicles owned by any of the authorities specified therein is coupled with the proviso that no such order would be made in relation to any such authority unless a fund has been established and maintained by that authority in such a manner as may be prescribed by the appropriate Government".
The bench had then ordered :
"The aforesaid being the position, we grant 3 months' time to the appropriate Government to create the funds to cover the requirement of disbursement of compensation and initially the fund should consist of at least as much is the liability which has arisen on account of determination for the last 3 financial years. In case, this is not so done, in view of the provision as it stands, we direct that the exemption benefit shall not be made available and the authorities will not be able to claim such exemption. This direction becomes necessary as sub- Section (1) of Section 146 begins with the clause that no person shall be entitled to use the vehicle in the absence of the same and thus non-compliance would amount to putting the vehicle on stand"
On Thursday, the bench recorded, "Our direction (viii) (in the order dated 16.11.2021) dealt with the aspect of state vehicles not being insured and on a sequitur, compensation not being given on time as there is lack of sufficient funds to cover the requirement for disbursement of compensation. In this behalf, we have issued some necessary directions. We are faced with two applications filed by AP State Road transport Corporation and Telangana State Road transport Corporation. Senior Counsel Gourab Banerji appearing for these applicants insist that their concerns arise from the direction at the last date to create a fund of equivalent amount based on the determination of the last three financial years of compensation to be disbursed. He states that in the two states, there has never been any problem and the amount has been paid. It is his submission that the direction would put a burden on the states to create a fund in addition to the accident relief fund already created in terms of the provisions of the section 146 of the MV act read with the 1989 rules"
Accordingly, the bench proceeded to pass the following direction on Thursday- "We would call upon the ASG to examine this aspect in the perspective of the submissions of the counsel, more so because the solution may be to increase the level of funds, which is presently prescribed at Rs.20 lakhs as of 1982. This would logically require an amendment of the statutory rules. We expect the ASG to get back on this issue, and since we are providing a deadline of three months which expires on 15th February, we would like to examine this aspect alone at an earlier date."

(To be updated with the order after it is uploaded)

Case: Bajaj Allianz General Insurance Company Private Ltd. vs. Union of India [WPC 534/2020]
Also from the hearing - TDS On MACT Awards: Supreme Court Asks Centre To Look Into Unclaimed Refunds Of Claimants Who Are Not IT Assessees