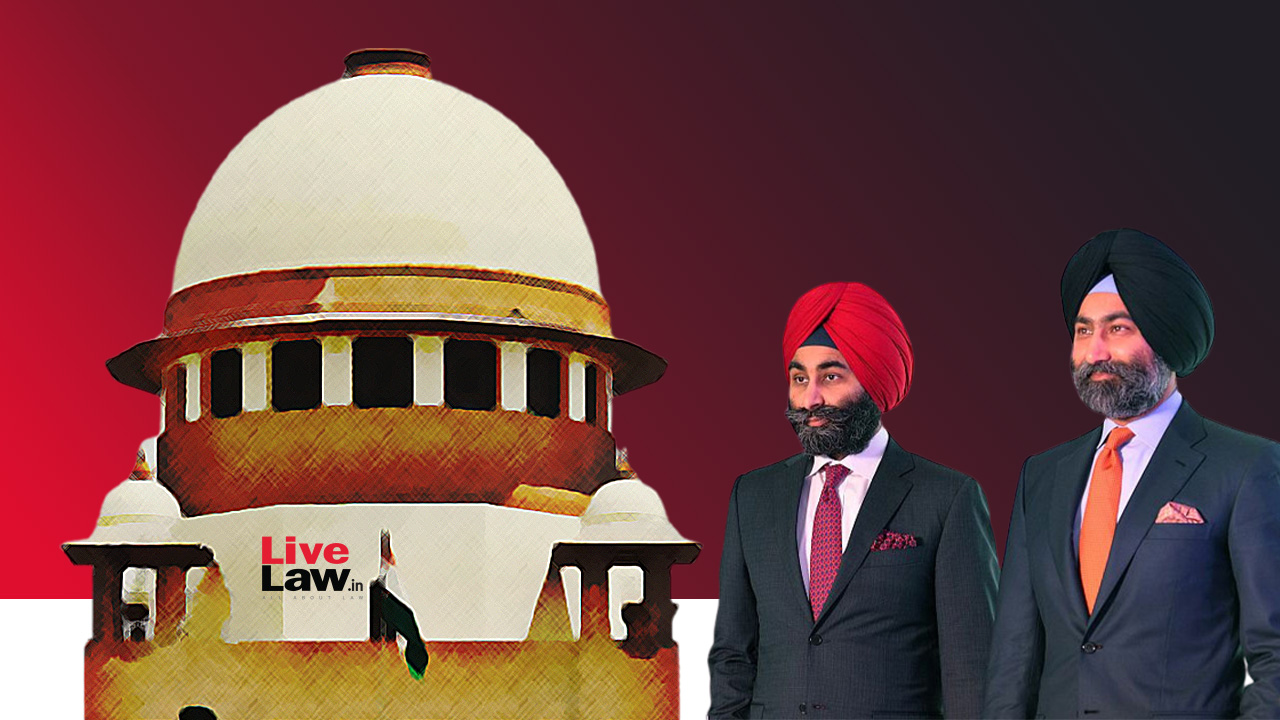 The Supreme Court bench comprising of Chief Justice U. U. Lalit, Justice Indira Banerjee and Justice K. M. Joseph today sentenced Malvinder Singh and Shivinder Singh, former promoters of Ranbaxy, to 6 months imprisonment and ordered them to pay a fine of Rs 5000 each within a period of 4 weeks. The bench also stated that the contemnors shall undergo a further imprisonment in case they fail to pay the amount.

The Court in its order also directed the High Court to consider appointment of forensic auditors to analyse the transactions entered into by the noticee banks and financial institutions and to look into whether such transactions were bonafide. It was also directed by the Court that executing court may also consider issuing appropriate process and appointing forensic auditors to analyse the transactions entered into between FHL and RHC and other related transaction.
The Court also directed that the amount deposited in the registry, the shares which are still lying with the noticee banks and financial institutions and all the properties offered by the contemnors in their attempt to partially purge themselves of contempt shall be made available to the executing court and shall abide by such order as the executing court may deem appropriate to pass.
The slew of directions came in the matter filed by Japanese Pharmaceutical Company Daiichi Sankyo. The Singh Brothers had violated the order of status quo of the Supreme Court and transferred and converted the assets of value only to defeat rights of Daiichi Sankyo, which was in contempt of Supreme Court's order restraining them from divesting their shares in FHL. The Japanese Pharma Company had alleged that execution of their arbitral award had been in jeopardy as the Singh brothers disposed of their controlling stakes in Fortis Group.
The apex court had during the hearing of the matter said the transfer was in very "dubious and clandestine manner, without full facts being brought on record. The Court found that decision of IHH Healthcare to infuse 4600 crores into FHL was a violation of its previous orders, and was done in a dubious and clandestine manner.
The Court had during the hearing of the matter observed that there was a significant decline in the total number of shares held by FHHPL, both encumbered and unencumbered, which fell down in December 2018, but was never brought to the notice of the Court and was concealed with the knowledge that these facts, if brought to the notice, would have substantial bearing on the orders that would be passed to protect the interest of the petitioner. It was therefore observed by the Court that the number of unencumbered shares held by FHHPL steadily declined and that 'the contemners knowingly and willingly lost control of Fortis Healthcare Limited (FHL).
Case Title: M/s Daiichi Sankyo Company Ltd. vs Oscar Investments Limited and Ors.