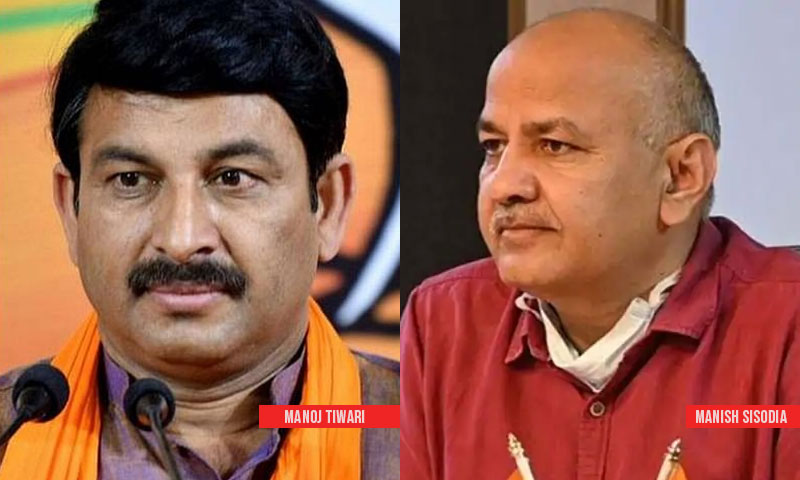 The Supreme Court of India on Wednesday observed that the tweets posted by Leader of Opposition, Vijender Gupta do not make it think of Delhi's Deputy Chief Minister, Manish Sisodia as a corrupt person.

A Bench of Justices Abdul Nazeer and V Ramasubramaniam, while hearing Gupta's plea challenging the judgment of the Delhi High Court which refused to quash the summoning order issued by a Magistrate in the defamation case filed by Sisodia, observed:

The subject matter of the case was a set of tweets by Gupta where he raised about 24 questions on Sisodia's involvement in corruption of nearly Rs 2,000 crore in the building of classrooms in Delhi's government schools. The last part of the tweet was – "Your scam would come out, if you answer these questions."

"Your Lordships are extremely well-trained Judicial minds, a layperson may read it differently", Advocate on Record Shadan Farasat, appearing for Sisodia submitted.

"Laypersons are better, they don't believe any tweet", the court said, while adding a tint of humour during the hearing.

"The lay persons have said ... after the press conference ... they have seen all these tweets, they contacted the complainant (Sisodia) saying that he has been defamed", the advocate replied.

However, the court said, "Put the normal test. We read the tweet. The reputation of the complainant has gone down by reading this tweet, if you say that.. We don't think that this man (Sisodia) is a corrupt man by reading the tweets (by Gupta). Then it's not intended to cause harm. It cannot cause harm to reputation. Section 499 doesn't make distinction between a legally trained mind and a common man."

Only disclosure of the questions (in the tweet) will reveal whether you (Sisodia) are a scamster or not, the Bench further said.

"I'm saying Section 499 captures everything, if somebody even through a visible representation, not even taking a name, says this..Milords imputation in section 499 is broader than allegation", Farasat said.

The advocate further argued that Gupta had a proper forum to ask these questions but however, chose to "throw" dirt on Sisodia via Twitter.

"Even Assembly debates now are live. So, what difference does it make now?", the Justice Nazeer asked. Justice Ramasubramaniam added:

"If these questions were asked in the House and it was being livestreamed, he would have really achieved what he wanted to achieve. By tweet (in English), it was intended to reach only a limited audience."

"But this goes on to show the intent, that the questions weren't genuine", replied Farasat.

"Have you suffered in any manner because if this?", the Bench further queried.

Considering the nature of allegations and defamatory statements made, Sisodia's reputation is bound to take a hit, Farasat responded.

"As a public person, If I am the Deputy CM of the State ... and a bunch of opposition leaders goes around saying, 'whatever you have done in the field of education is effectively a scam', it is obvious that my reputation in the public space will suffer."

Senior Advocate Pinky Anand, appearing for Gupta also made submissions yesterday. Her initial arguments was how Section 199 (6) of the CrPC should have been followed, instead of section 199 (2), by Sisodia. This argument was submitted in detail before the Bench earlier by Senior Advocate Venkatramani appearing for Manoj Tiwari. Read here

Anand raised arguments pertaining to Section 65.B [Admissibility of electronic records] of the Evidence Act as well, stating that the particulars in the provision was not complied with, by Sisodia.

However, the Court asked her to argue on the applicability of Section 499 with regard to the tweets in question.

Coming to that, she said that the questions posed by Gupta were innocuous in nature.

After perusing the tweets, the Bench asked,

"Aren't the questions an imputation? Are you not blaming him (Sisodia) that he's a scamster?"

"If he gives an answer to these questions that there's no scam, then what is his worry? These are simple questions- how much did they cost, when did you construct them, when did the PA advise you etc…But the subject matter, whether it is defamation, is a big call that your Lordships will have to make."

She also submitted that questions were posed to the government and is far from being a statement pointed to an individual.

"We are a democracy, milords, these are public functionaries that we are talking about. This is not an individual statement; this is to the government."

This drew a remark from the court in lighter view.

"Your client is also an MLA, right?....In Public life, you can always settle scores", the bench said.

Further the senior counsel argued that a public official often exposes themselves, willingly, to scrutiny. She also told the Bench no answers were provided to the questions in the tweet.

"It's a public statement being made to a public official. No answer comes to it and instead they file a defamation."

The [defamation] complaint is the answer, the Bench said.

"This is not the answer. Let us take this further, if the questions that are asked reveal that there's a scam, then it's another matter. In any case, it's not defamation, it will be the truth. If it's not, then what's the worry?", Anand said.

"This statement by itself cannot be subject matter of something that can harm a person's reputation. Free speech has to go somewhere. It's not as if derogatory words have been used, he is not humiliated or ridiculed", she added.

After the hearing concluded, the Bench reserved its judgement onboth the petitions filed by by BJP MP Manoj Tiwari and Leader of Opposition, Vijender Gupta. Tiwari's petition was heard yesterday.