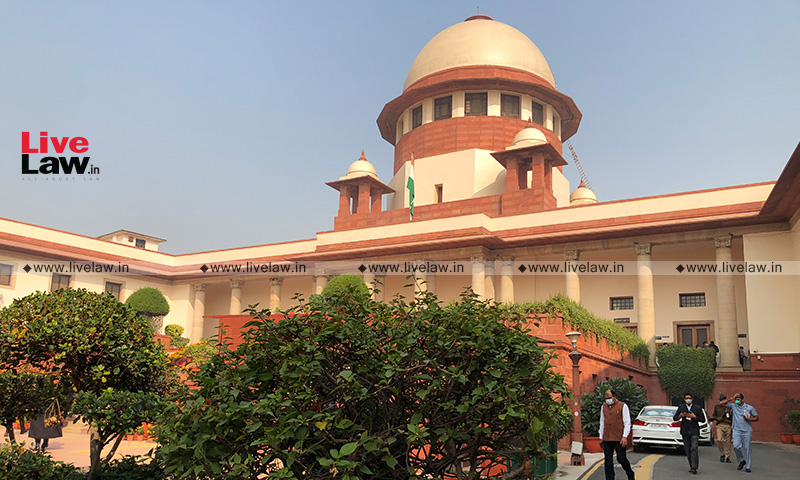 The Supreme Court of India on Monday(April 11) transferred the investigation in the case of death of a minor girl in a boarding school in Uttar Pradesh, to the Central Investigation Bureau (CBI).The Bench has directed the State of Uttar Pradesh and State of Haryana to hand over the papers/documents regarding investigation to the CBI within four weeks.A Bench comprising Justice Ajay Rastogi...

The Supreme Court of India on Monday(April 11) transferred the investigation in the case of death of a minor girl in a boarding school in Uttar Pradesh, to the Central Investigation Bureau (CBI).

The Bench has directed the State of Uttar Pradesh and State of Haryana to hand over the papers/documents regarding investigation to the CBI within four weeks.
A Bench comprising Justice Ajay Rastogi and Justice CT Ravikumar issued the direction in a special leave petition filed against Punjab and Haryana High Court's order refusing to transfer investigation from local police in UP and Haryana to CBI.
"Let papers/documents regarding investigation be handed over to the CBI by the State of Uttar Pradesh and State of Haryana in reference to the FIR Nos.332/2020 and 635/2020 within four weeks and CBI is permitted to further investigate into the allegations made by the petitioner within further period of four weeks," the Bench recorded.
The petitioner was represented by Advocate Shyam Manohar.
The present case relates to death of a 14 year old girl who was allegedly found hanging in classroom of her boarding school in 2020. The family of the deceased girl has alleged that its a case of rape and murder.
The Court had on 8th December last year issued notice on the case.
The transfer had been sought in relation to two FIRs - one registered in UP for murder and alleged rape of minor girl (petitioner's daughter) and second FIR in Haryana for abduction of her parents and 2 siblings.
The Petitioner, who is the deceased girl's mother has argued that the case involves a heinous crime of alleged rape and murder against her minor daughter followed by a continuous chain of crimes against her family members like their abduction from Noida to Haryana via Delhi.
According to the girl's family, the school's principal called them to the school and once they reached, he along with 5 others snatched their phones so they wouldn't take pictures or call police. They were then told that their daughter is dead and shown their daughter hanging from the roof in a classroom.
According to the petition, the girl's family has alleged that they were wrongfully confined in a classroom and were forced to sign blank papers, and compelled to cremate the girl's body without calling police or doing post mortem, under threat that if they make noise their other children studying in the same school will face similar consequences.
The girl's family has also alleged that the same evening they were abducted by two goons under instructions of the principal to kill them if they make noise, and were finally dropped in Haryana.
According to the petition filed through Advocate Shyam Manohar, the girl's family was aggrieved  by no action on part of the police in both UP and Haryana moved the High Court seeking transfer of investigation but the same wasn't granted.
The petitioner has argued that the Principal and other accused committed a cruel, barbaric and degrading act by not informing either police and any doctor to save life of the minor girl and kept the body hanging in the class room.
"The crime that started with alleged rape and then murder of a minor girl and which was followed by other offences like 495, 120B, 380, 365, 506 IPC against mother, father, minor sister and brother of deceased girl," the petition states
The transfer of investigation has been sought arguing that the series of crime involved in present case was committed within the territorial jurisdiction of three states namely, UP, Haryana and Delhi.
The mother of the deceased minor girl has sought for investigation by CBI or some other independent agencies raising following questions of law:
* Why police wasn't informed by the school about the minor's death.
* Investigation into whether accused acted on the advice of police after murdering of minor
* Why no post-mortem of minor was conducted
* As per the police closure report, a suicide note was received by them from a private forensic lab which according to the petitioner makes it clear that a fake suicide note has been created with help of a Aprivate lab.
* Why no CCTV footage of the school or call records of accused was collected by police in both FIR
* Why no 164 statement was recorded and no accused was arrested in both FIRs