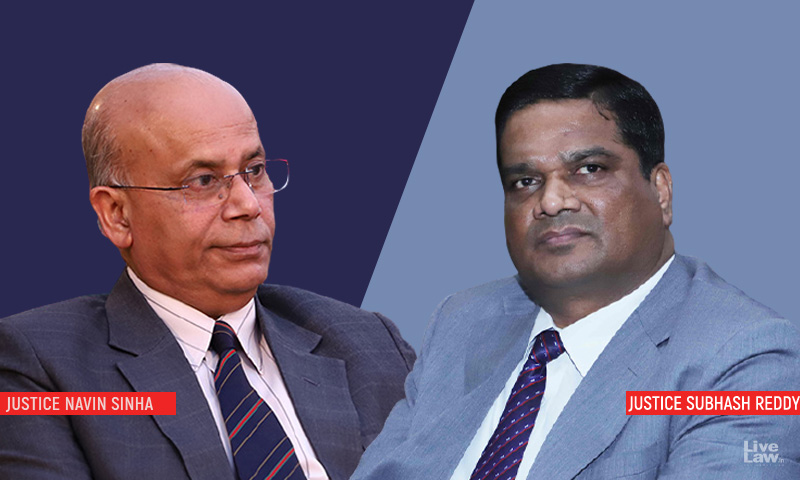 The Supreme Court observed that a motor accident claim petition does not abate even after the death of the injured claimant.The right to sue survive to his heirs and legal representatives in so far as loss to the estate is concerned, the bench comprising Justices Navin Sinha and R. Subhash Reddy.The court added that the loss of estate would include expenditure on medicines,...

The Supreme Court observed that a motor accident claim petition does not abate even after the death of the injured claimant.

The right to sue survive to his heirs and legal representatives in so far as loss to the estate is concerned, the bench comprising Justices Navin Sinha and R. Subhash Reddy.

The court added that the loss of estate would include expenditure on medicines, treatment, diet, attendant, Doctor's fee, etc. including income and future prospects which would have caused reasonable accretion to the estate but for the sudden expenditure which had to be met from and depleted the estate of the injured, subsequently deceased.

In this case, the original claimant, who was severely injured in a motor accident on 02.05.1999., filed a claim for compensation under Section 166(1)(a) of the Motor Vehicles Act, 1988. The Motor Accidents Claims Tribunal awarded him a sum of Rs.1,00,000/­ only with 9% interest. Dissatisfied, the original claimant preferred an appeal before the High Court and during the pendency of the appeal died. The death was not attributed to the injuries suffered in the accident. The daughter of the claimant, who was an unmarried girl aged 21 years at the time of the accident, was substituted in the appeal. The High Court allowed the appeal and substantially enhanced the compensation.

In appeal before the Supreme court, the Insurance Company contended that since cause of action was personal to the injured abates on his death, which was not caused due to the accident, the legal heir is entitled only to such compensation which forms part of the estate of the deceased. Loss of salary, future prospects, pain and suffering along with attendant charges do not form part of the estate of the deceased, it was contended. In support of this contention, they relied on two Full Bench decisions of the Karnataka High Court in Kanamma vs. Deputy General Manager, ILR 1990 Karnataka 4300, Uttam Kumar vs. Madhav and Another, ILR 2002 Karnataka 1864. On the other hand, the respondent contended that only a claim for personal injuries will abate with the death of the deceased and the claims such as loss of income, medical expenses etc. will survive as part of the loss to the estate.

Depressed To Find Claim Took 20 Years To Reach Its Fruition

"The claim arising out of injuries caused in a motor accident that has reached its fruition more than 20 years later before this Court, we find extremely distressing. The original claimant and his wife, both did not survive the ordeal to see the fruits of the litigation which is now being pursued by their daughter.", the bench noted at the outset.

While considering this contention, the bench noted that in Madhuben Maheshbhai Patel vs. Joseph Francis Mewan  2015 (2) GLH 49, the Gujarat High Court had held that even after the death of the injured claimant, claim petition does not abate and right to sue survive to his heirs and legal representatives in so far as loss to the estate is concerned, which would include personal expenses incurred on the treatment and other claim related to loss to the estate. The court noted that a similar view has been taken by the Punjab & Haryana High Court in Joti Ram vs. Chamanlal, AIR 1985 P&H 2 and the Madras High Court in Thailammai vs. A.V. Mallayya Pillai, 1991 ACJ 185.

"16. The view taken in Kanamma (supra) and Uttam Kumar (supra) that the claim would abate is based on a narrow interpretation of the Act which does not commend to us. The reasoning of the Gujarat High Court is more in consonance with aim, purpose and spirit of the Act and furthers its real intent and purpose which we therefore approve.", the bench observed.

The court further observed that the Act is a beneficial and welfare legislation.

"9....Section 166(1) (a) of the Act provides for a statutory claim for compensation arising out of an accident by the person who has sustained the injury. Under Clause (b), compensation is payable to the owner of the property. In case of death, the legal representatives of the deceased can pursue the claim. Property, under the Act, will have a much wider connotation than the conventional definition. If the legal heirs can pursue claims in case of death, we see no reason why the legal representatives cannot pursue claims for loss of property akin to estate of the injured if he is deceased subsequently for reasons other than attributable to the accident or injuries under Clause 1(c) of Section 166. Such a claim would be completely distinct from personal injuries to the claimant and which may not be the cause of death. Such claims of personal injuries would undoubtedly abate with the death of the injured. What would the loss of estate mean and what items would be covered by it are issues which has to engage our attention. The appellant has a statutory obligation to pay compensation in motor accident claim cases. This obligation cannot be evaded behind the defence that it was available only for personal injuries and abates on his death irrespective of the loss caused to the estate of the deceased because of the injuries.", it added.

The High Court in this case had enhanced the compensation to Rs.37,81,234/­ . The court said that the compensation under the head pain and suffering being personal injuries is held to be unsustainable. Disallowing compensation awarded under this head, the bench reassessed total compensation as Rs.28,42,175/­-.