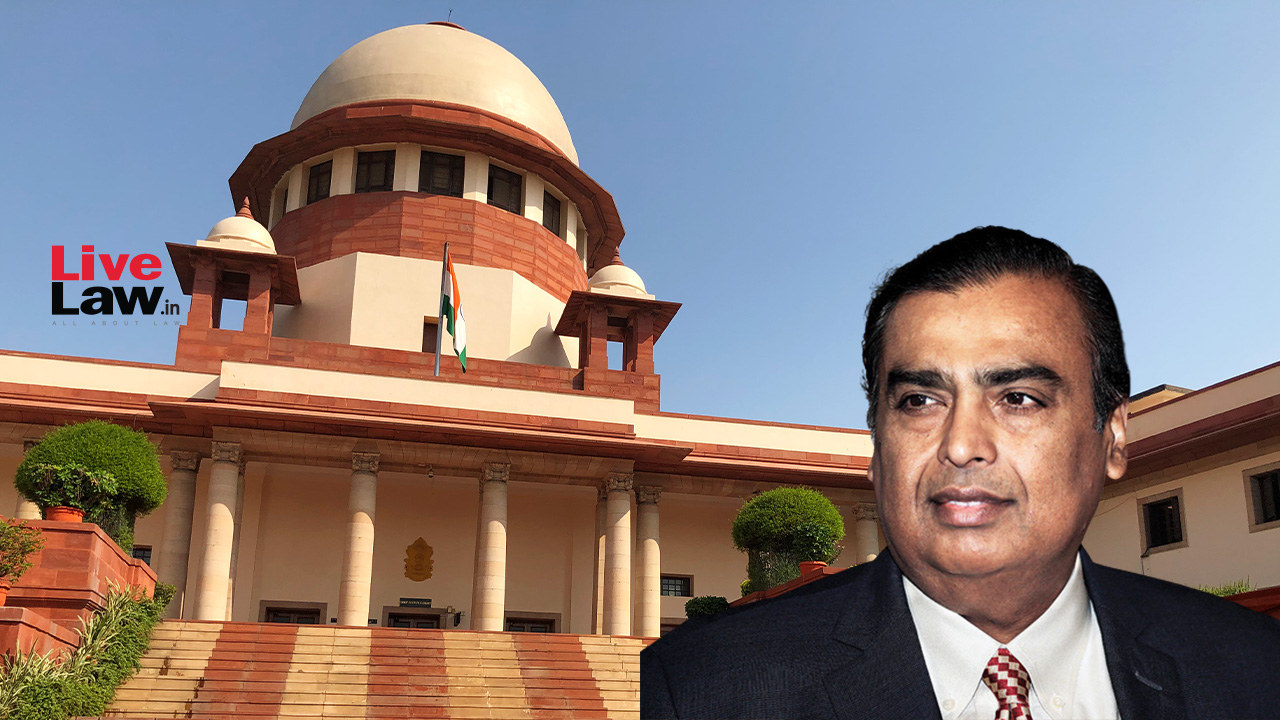 x
The Court noted that Ambani family was bearing the expenses of the security cover.

The Supreme Court on Friday quashed the proceedings in the PIL pending before Tripura High Court challenging security cover given to billionaire businessman Mukesh Ambani & his family in Mumbai. The bench of Chief Justice of India NV Ramana, Justices Krishna Murari and Hima Kohli also directed the Government of India to continue giving the security cover to the family. Questioning the...

The Supreme Court on Friday quashed the proceedings in the PIL pending before Tripura High Court challenging security cover given to billionaire businessman Mukesh Ambani & his family in Mumbai.

The bench of Chief Justice of India NV Ramana, Justices Krishna Murari and Hima Kohli also directed the Government of India to continue giving the security cover to the family.

Questioning the locus of the petitioner who filed the PIL before the High Court, the bench also opined that there was no need for the High Court to entertain the PIL since the family was paying cost of security provided by the Government.

In the impugned order, the High Court directed for production of MHA's files relating to security given to the family. The Top Court on June 29, 2022 in an interim order had stayed High Court's order wherein it had also directed the Central Government to depute a responsible officer to appear before the Court with the original record, in a sealed cover, on the next date of hearing i.e. 28.06.2022 for consideration of the Hon'ble Court.

When the matter was taken up for hearing, CJI NV Ramana at the outset questioned the petitioner's locus to file the PIL.

Terming the petition challenging the security granted before the High Court as "unfortunate", Senior Advocate Harish Salve for the Ambani family submitted that the family was fully paying for the security cover granted by the Central Government.

"It is unfortunate that the petitions are filed. Under the laws of our country, the level of security which is provided is not the same as compared to security provided in other countries. Government sends the bill for security and the same is fully paid by the person. His family members, one is the chairman of biggest digital company today. We know what the situation is, its very unfortunate that this kind of slur is created and there is some bounty. They have employed 4-5 million people, this is the kind of protection which is this. If the government feels that they deserve security and is to be given. This kind of slander which is given is bad... when court starts entering it its very bad," Senior Advocate submitted.

The High Court by way of the interim order dated June 21, 2022 had directed the the Central Government to place the original file maintained by Ministry of Home Affairs (MHA) regarding threat perception and assessment report in relation to Mukesh Ambani, his wife Nita Ambani and their children Akash, Anant and Isha, on the basis of which security has been granted to them.

The High Court directed that an officer from the MHA should appear before it with the relevant files in sealed cover on June 28. The direction was passed in a PIL filed by an individual named Bikash Saha.

The Central Government had argued in the petition that the impugned orders had been passed by the in a PIL filed by an individual person who had no locus in the matter and was just a meddlesome interloper, claiming himself to be a social activist and student by profession. In any case, the Tripura High Court lacked the terrirotiral jurisdiction to consider the issue relating to security cover given to Ambani family at Mumbai.
It was also contended in the plea that the very indulgence of the High Court to judicially review the decision of the Central Government to provide security cover to some of the respondents suffers from patent and manifest errors of law and is perverse requiring interference of this Hon'ble Court.