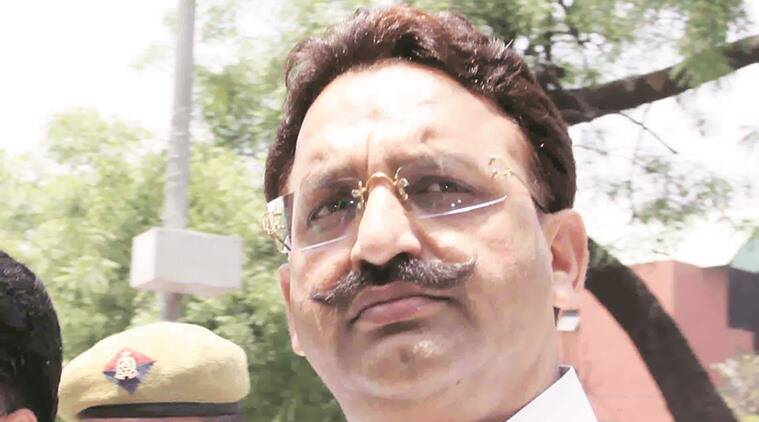 "Article 32 is the heart and soul of our Constitution", submitted Senior Advocate Dushyant Dave, appearing on behalf of State of Punjab and Jail Superintendent, to the Supreme Court in Uttar Pradesh Government's plea seeking transfer of BSP MLA Mukhtar Ansari from Ropar Jail in Punjab to Uttar Pradesh's Ghazipur Jail.Dave, arguing before the Bench headed by Justice Ashok Bhushan, opposed...

"Article 32 is the heart and soul of our Constitution", submitted Senior Advocate Dushyant Dave, appearing on behalf of State of Punjab and Jail Superintendent, to the Supreme Court in Uttar Pradesh Government's plea seeking transfer of BSP MLA Mukhtar Ansari from Ropar Jail in Punjab to Uttar Pradesh's Ghazipur Jail.

Dave, arguing before the Bench headed by Justice Ashok Bhushan, opposed the maintainability of the UP Government's plea filed under Article 32. He was joined in on this contention by Senior Advocate Mukul Rohatgi who appeared for Mukhtar Ansari. After the conclusion of the arguments, the Apex Court proceeded to reserve the judgement in the matter.

Senior Advocate Dushyant Dave continued his arguments from yesterday and submitted to the Court that the State of Punjab did not care about Ansari, and that the decisions taken by the State were based on cogent material.

"There is sufficient evidence available on record that the decision taken by the State of Punjab is based on cogent material. Mr. Mehta only made potshots against State of Punjab and newspapers reported those. We don't care about Ansari. We have said on oath that we have nothing to do with it. It's UP's problem that they allowed a serious criminal to make phone calls and make threats", submitted Dave.

Dave then went on to underline the "consequences" of the decision of the Court which would "not only rewrite the Constitution, but also open a Pandora's box in the future". He highlighted the importance of Article 32 and referred to it as the heart and soul of the Constitution.

"It's a right fundamental to all fundamental rights guaranteed in this Constitution. For any State to come forth and state their rights need to be reinforced against another State, that would completely turn the scheme upside-down. It is the crowning section of the whole chapter; Dr. Ambedkar also acknowledged that".

In wake of the above argument, Dave requested the Court to not grant the relief sought by the State of UP, stating that it would disrupt the system and that UP was virtually seeking the Court to disobey the Constitution.

Dave went on to aver that the cases against Mukhtari in UP had been going on for 15 years, while the cases in Punjab were recent, and that it was evident that the present government in UP was not really interested in the culmination of the cases.

On that note, he concluded his submissions.

Senior Advocate Mukul Rohatgi then argued on behalf of Mukhtar Ansari and reiterated Dave's submission that Article 32 could only be moved by a citizen whose fundamental rights had been violated, but a State could not move the Supreme Court under Article 32.

He further argued that Section 139A and Section 406 of the CrPC would also not be attracted, and that there were explicit bars to the latter.

He informed the Court that cases of transfer only take place in grave matters, such as transfer from Gujarat to Maharashtra in the Gujarat Riots, or if there is surety that justice cannot be done to the accused, and that the law, therefore, was used very sparingly. Further, there was no provision which contemplated the transfer of the accused to a third party.

Rohatgi went on to contend that the prayer sought by State of UP was novel and politically motivated as the accused belonged to the opposition party in the State of UP, and that UP had an axe to grind against Punjab as the two States had different political dispensations. He requested the Court to not be drawn into the politics.

He concluded his submission by reiterating that there was a threat to his life and that "there is no doubt that if I am brought to UP, I will be done away with".

Solicitor-General Tushar Mehta commenced his Rejoinder submissions on behalf of State of Uttar Pradesh. He submitted that the State, as prosecution, represented the citizens and could espouse for justice on their behalf.

"I agree that the State does not have fundamental rights, but State as prosecution represents the citizens and victims, and can espouse for justice on their behalf. The State assumes the position of the victim. The test that is required to be administered is the test in furtherance of larger public interest", submitted the SG.

The SG referred to a judgement and stated that the Court could not be a helpless bystander when laws were being challenged with impunity and that a convict who had disobeyed the law, could not contend that he could not be transferred. He went on to delineate how the State of UP was a party interested.

"I represent the citizens, I represent the society. I have a duty to them. There are multiple cases pending against him. Saying that there is a threat to his life cannot be an answer to him happily staying in another State. That only means that we have to ensure he remains protected". The SG concluded his submissions on the note that Ansari could approach the concerned Courts once he was transferred.

The writ petition, filed by the State of UP for the transfer of the BSP MLA from his current lodging in Ropar Jail in Punjab to UP's Ghazipur Jail, alleges that many serious offences are presently pending in the State against Ansari and that his transfer is crucial owing to his appearance in those appearances. However, it is submitted, that the Superintendent of Ropar Jail has refused to hand over Ansari on medical grounds.

"A State has no fundamental right guaranteed to it under the Constitution and one State cannot prosecute another State in a writ petition under Article 32 of the Constitution as it is against the federal scheme", he said in the Counter-Affidavit