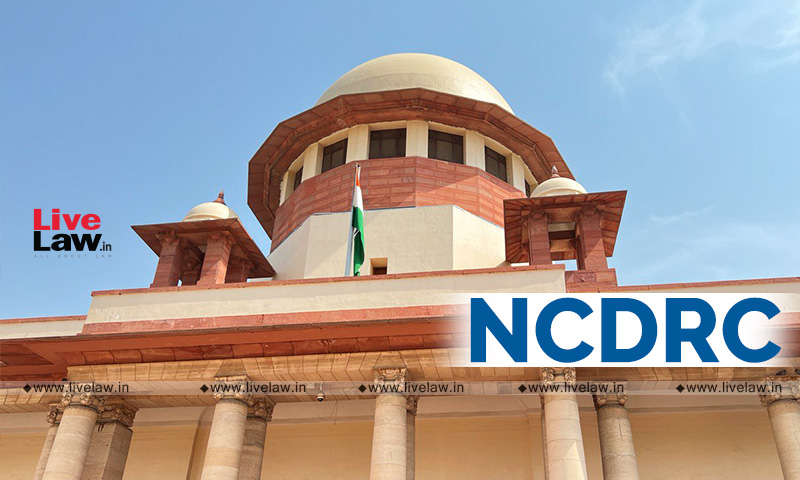 "We will have to hear the President of NCDRC because they have a very vital role to play here…We'll direct impleadment of the NCDRC."

A Bench comprising Justices D.Y. Chandrachud and J.B Pardiwala stated that on the next date of hearing ASG, Mr. Sanjay Jain appearing on behalf of Union Government be present so that directions can be passed asking the Government to frame a scheme in this regard. It reckoned -

"We want the Union of India to tell us what they will do about the technical staff. You have established the Consumer Fora, you have to create adequate infrastructure for the staff…"

Senior Advocate, Mr. Rakesh Dwivedi appearing on behalf of the State of West Bengal apprised the Bench that the Consumer Protection Act, 2019 contemplates that the District Fora would be "established". According to him, the word "established" indicates that they have to be set up with the requisite paraphernalia, infrastructure and staff. Mr. Dwivedi was of the opinion -

"All of the workers being contractual would not be a good thing. Therefore, since the Central Government has power to make rules under this act, my suggestion is that the Union Government in consultation with the National Commission and States may come up with a scheme how they want to put it up on a firm basis."

As the Counsel for the petitioners pressed applications filed by him assailing termination of two petitioners, Justice Chandrachud made it abundantly clear that in the present proceedings the Bench is not going to inquire into termination of individual employees as it is dealing with the larger issue.

The petition submits that the technical support staff, working with respective Consumer Forums/Commissions across India under an outsource arrangement are being given step-motherly treatment. It argues that in accordance with the National Policy and Action Plan, 2005 for implementation of information and communication technology in Indian Judiciary and the guidelines laid down for appointment of various staff, most High Courts and District Courts across India have absorbed their existing technical staff. However, the technical staff of the Consumer Fora/Commissions are hired through third-party contractors on a year-to-year basis which is subject to renewal depending upon the whims and fancies of the contractor. Moreover it is averred that the State Government should not interfere with the direct appointments being made by the Commission and the same should be left to the discretion of the President of the District Consumer Commissions and State Commissions. A comparison is drawn between the process of appointment adopted by the Consumer Fora and the District Courts. In view of the same, it is argued that the appointment of technical staff is on the basis of the sole discretion of the District Judge and the Presiding Judge, as a result of which, District Courts hardly face any shortage of staff, due to pending approvals from the Governments.

The petition prays for directions to make the national policy of the E-Committee of the Supreme Court applicable to Consumer Commissions, and for the framing of guidelines for the purpose of appointment of staff in these Commissions with reduced interference from the Government. It also seeks indulgence of the Apex Court to issue directions for absorption of existing Technical Staff/Petitioners as per the guidelines laid down in the National Policy and Action Plan document Phase-1 of the e-Courts Project.

[Case : Mandeep Singh and others vs Union of India and others]