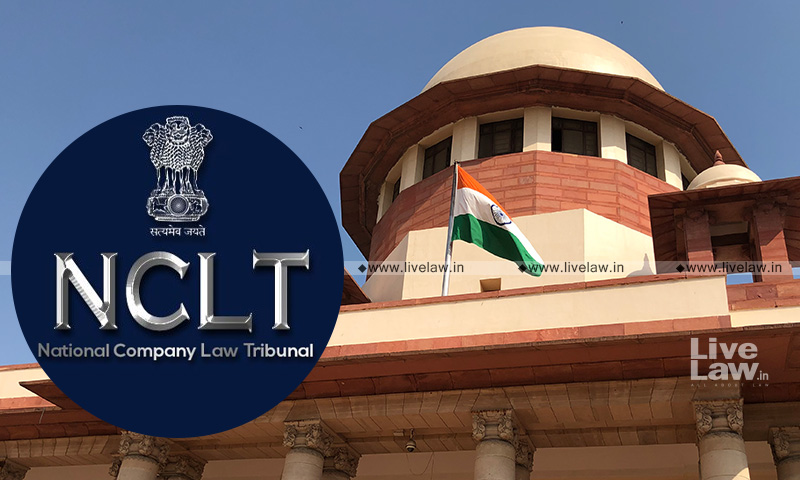 Supreme Court on Wednesday adjourned to tomorrow a petition filed by the NCLT Bar Association challenging the notification of the Ministry of Corporate Affairs fixing the tenure of the members of National Company Law Tribunal as 3 years.

A vacation bench comprising Justice JK Maheshwari and Justice Hima Kohli granted one day time to the Solicitor General to place on record two sets of resolutions of the committee chaired by the Chief Justice of India and consisting of Justice Surya Kant and the Secretary of the MCA.
The court had earlier deferred the hearing on being told by the Solicitor General of India that a Committee was holding a meeting to deliberate on the term of 23 NCLT members appointed in 2019.
Today the bench expressed its displeasure towards one set of the resolution being given to be shared between two judges.
"You have given us one set to be shared by us? You haven't even given two sets for the Judges?" Justice Hima Kohli remarked
The SG then submitted that the matter may be taken tomorrow so two copies of the resolutions can be placed before the court.
The association has argued that that the said notification is contrary to the Sec. 413 of the Companies Act, 2013 which prescribes the term of the members for 5 years. Also, the early expiration of the tenure will create a void and will add to the pendency of cases before Tribunals. Further, the Notification is contrary to the judgments passed by the Supreme Court in Madras Bar Association v. Union of India & Anr. (2010) and Madras Bar Association v. Union of India & Anr. (2021) where the Court held that the term of members should be 5 years. Also, in the Madras Bar Association judgment, the Supreme Court disapproved shorter term and observed that a longer term was necessary to ensure independence.
It is argued that a term of three years is very short and by the time the members achieve the required knowledge, expertise and efficiency, one term will be over. Hence, the discharge of full five years is necessary for Tribunals to functions effectively and efficiently.
A bench led by Justice L Nageswara Rao had issued notice on the petition to the Centre on April 5.
Case Title: National Company Law Tribunal Bar Association Vs Union Of India
Case No: W.P.(C) No. 180/2022
TagsSupreme Court Justice JK Maheshwari Justice Hima Kohli National Company Law Tribunal (NCLT) National Company Law Tribunal Bar Association (NCLTBA) tenure of tribunal members
Next Story
Similar Posts
+ View more
Law Firms
+ More