Breaking | "Nupur Sharma Single-Handedly Responsible For What Is Happening In The Country": Supreme Court On Her Comments On Prophet Mohammed 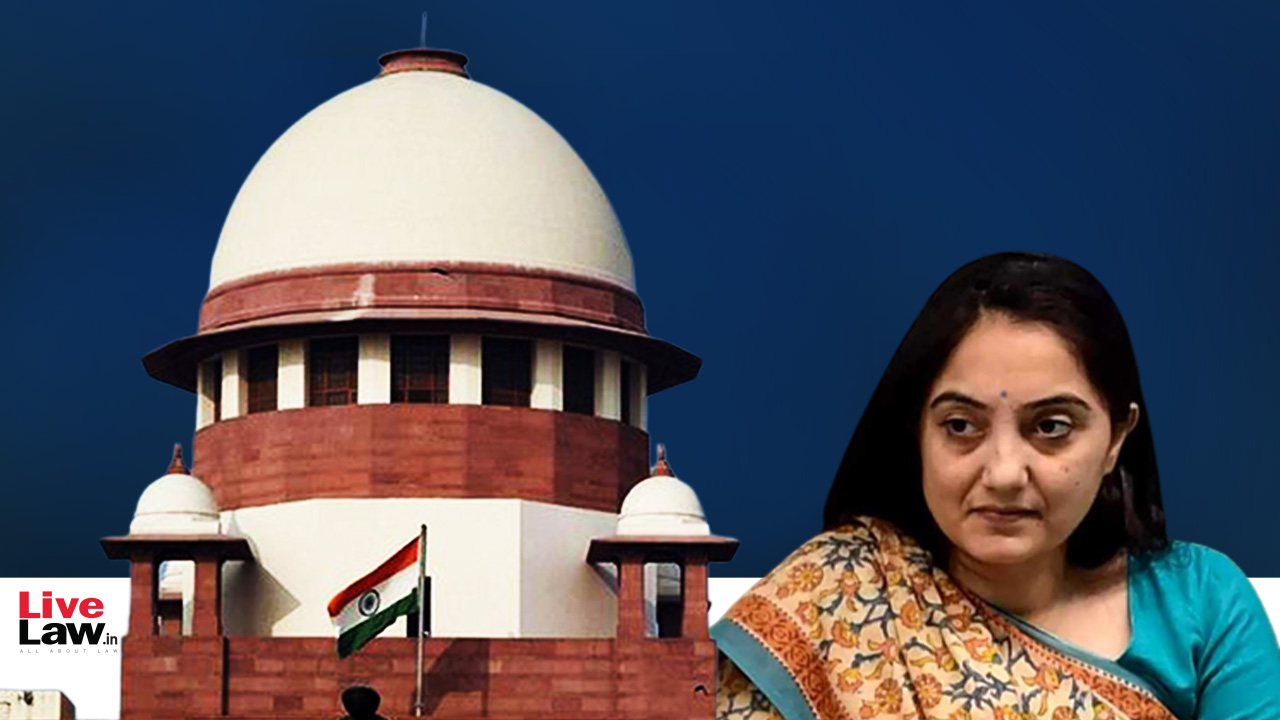 The Supreme Court on Friday came down heavily on former BJP Spokesperson Nupur Sharma while hearing her petition to club FIRs over remarks on Prophet Mohammed.

The vacation bench of Justices Surya Kant and JB Pardiwala slammed the former BJP spokesperson for making "disturbing" statements against the Prophet Mohammed on the national television. It also noted that she tendered a mere "conditional apology", that too after a public uproar against her remarks.

"What is her business to make these remarks?...The way she has ignited emotions across the country... This lady is single handedly responsible for what is happening in the country."

The Court also made a reference to the Udaipur killing during the hearing and said Sharma, with her "loose tongue", made irresponsible comments without thinking of the consequences.

As her counsel Senior Advocate Maninder Singh pointed to the written apology issued by her, the Court said,

"She should have gone to the TV and apologized to the nation…She was too late to withdraw...and too she withdraws conditionally, saying if sentiments hurt."

The Supreme Court was of the view that merely being the spokesperson of a national political party does not give any person a license to say such disturbing things. It added,

"These are not religious people at all, they make statements to provoke."

The Supreme Court also expressed its reservation on Sharma bypassing the lower courts and directly approaching the apex court.

"The petition smacks of her arrogance, that the Magistrates of the country are too small for her."

"When a FIR is registered and you are not arrested, this shows your clout. She thinks she has back up power and makes irresponsible statements", the Court said during the hearing.

During a channel debate on the Gyanvapi Masjid issue in Times Now on May 27, Sharma made alleged derogatory remarks against Prophet Muhammed. Several FIRs have been registered against her thereafter.

Today, the Supreme Court observed that the channel had no business to discuss the matter which is sub-judice, "except to promote an agenda". It added that if Sharma was aggrieved by alleged misuse of the debate, she should have lodged an FIR against the anchor.

Singh contended the statements were made in a state of provocation. He further submitted that there are serious debates on this issue within the same community, and Sharma's remarks are not something taken out of box.

He relied on Arnab Goswami's case to argue that the relief of clubbing FIRs may be granted. Singh also referred to the TT Antony case which held that there can be no second FIR on same cause of action.

Unconvinced, Justice Kant remarked, "The case of a journalist on expressing rights on a particular issue is on a different pedestal from a spokesperson who is lambasting others with irresponsible statements without thinking of the consequences."

It refused to entertain the petition and asked Sharma to approach the High Court. "The conscience of the court is not satisfied. You avail other remedies."

Accordingly, liberty was granted to withdraw the petition.

At least 3 FIRs have been lodged against Sharma in Mumbai, Hyderabad and Srinagar. The Calcutta High Court has also sought the State's response in a PIL to initiate criminal action against her.