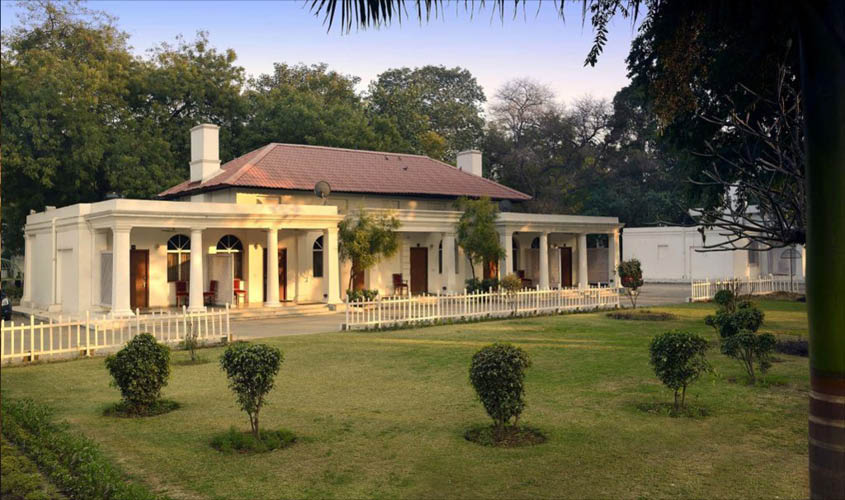 While declining to interfere in the civil appeal(s) filed challenging NCLAT's order directing the suspension of Delhi Gymkhana Club's General Committee and appointment of an Administrator nominated by the Union of India the Supreme Court on September 30, 2021 directed NCLT, Delhi to dispose of the proceedings pending before it within 4 months.Noting that the appeal was against an...

While declining to interfere in the civil appeal(s) filed challenging NCLAT's order directing the suspension of Delhi Gymkhana Club's General Committee and appointment of an Administrator nominated by the Union of India the Supreme Court on September 30, 2021 directed NCLT, Delhi to dispose of the proceedings pending before it within 4 months.

Noting that the appeal was against an interlocutory order, the bench of Justices AM Khanwilkar, Dinesh Maheshwari and CT Ravikumar in their order said,

"Considering the nature of the controversy, it is appropriate that the main proceedings pending before the National Company Law Tribunal are disposed of expeditiously. The NCLT may endeavour to finally dispose of the main proceedings within 4(four) months from receipt of the copy of this order. The parties through learned counsel have assured to extend full cooperation to the NCLT for early disposal of the case."

The Top Court also directed the NCLT to decide the entire matter(s) afresh on all contentions without being influenced by the Court's order of rejecting the appeals or observations in the earlier decision.

"Needless to observe that rejection of these appeals does not mean that the NCLT can decide the matter(s) on the basis of prima facie finding/opinion recorded by itself and by the NCLAT in the impugned judgment(s). Those findings/observations shall not come in the way of any party. Instead, the NCLT must decide the entire matter(s) afresh on all contentions available to both parties without being influenced by any findings and observations in the earlier decision or the fact of rejection of these appeals," bench further added.

The bench also permitted the appellants to move formal applications before the NCLT in the pending proceedings for permitting them to participate in the same and bring on record relevant facts and material. Directions were also issued to the NCLT to consider the plea on its own merits and in accordance with law.

Appearing for the appellant (Rajeev Sabharwal) Senior Advocate Dr. Abhishek M. Singhvi submitted that for defending the proceedings effectively, it was essential for them to be provided with all the relevant documents which were in the exclusive custody of the administration, presently the Court-appointed Administrator.

On Senior Counsel's submissions, the bench granted the appellants the liberty to make a formal application to the management of the Club within one week from the date of order for furnishing certain documents or allowing them to take inspection.

"We clarify that giving this liberty is not an expression of opinion that the appellant(s) have a right to get copy of the document(s) or to take inspection. As aforesaid, that request be decided on the basis of applicable norms, conventions, Byelaws and rules," bench added.

While disposing of the appeals, the bench also granted NCLT liberty to place on record the fact of non-cooperation by any party for the early disposal of case.

"If the NCLT is of the opinion that if any party is not cooperating in early disposal of the case, that factual aspect be placed on record, so that appropriate direction can be issued by this Court, if and when required, including for extending the time frame for conducting the election depending upon the nature of grievance or allegation in that regard," Apex Court said.

Taking serious note of the allegations that records of the Delhi Gymkhana club were being destroyed, Top Court on September 23 had directed the Administrator of the club to preserve the CCTV records till further orders.

Background Of The Case

Company petition by Union of India Before NCLT: A company petition was moved by the Ministry of Corporate Affairs against the General Committee of the Delhi Gymkhana Club under section 241(2) of the Companies Act, 2013, alleging that the affairs of the club were being conducted in manners prejudicial to the public interest.

The petition was filed seeking suspension of the General Committee and to appoint an Administrator nominated by the petitioner to manage the affairs of the Club and report to this Bench.

Interim Order By NCLT: The National Company Law Tribunal, Principal Bench at New Delhi, directed the Central Government to constitute a special committee to look into the functioning of the Delhi Gymkhana Club.

The Principal Bench headed by Acting President BSV Prakash Kumar further directed the General Committee of the Club to not carry out the following activities:

• proceed with any construction on site

An appeal was then filed by the Union of India challenging the NCLT's order arguing that the interim relief granted was inadequate and prayed for modification of the relief by providing for the nomination of an Administrator by the Central Government to manage the affairs of the Club. The DGC also moved an appeal seeking the setting aside of the order.

NCLAT through its impugned order dismissed DGC's company appeal and allowed the Union of India's appeal, by directing suspension of the GC of the DGC and appointing an Administrator to be nominated by the Union of India to manage the affairs of the Club.