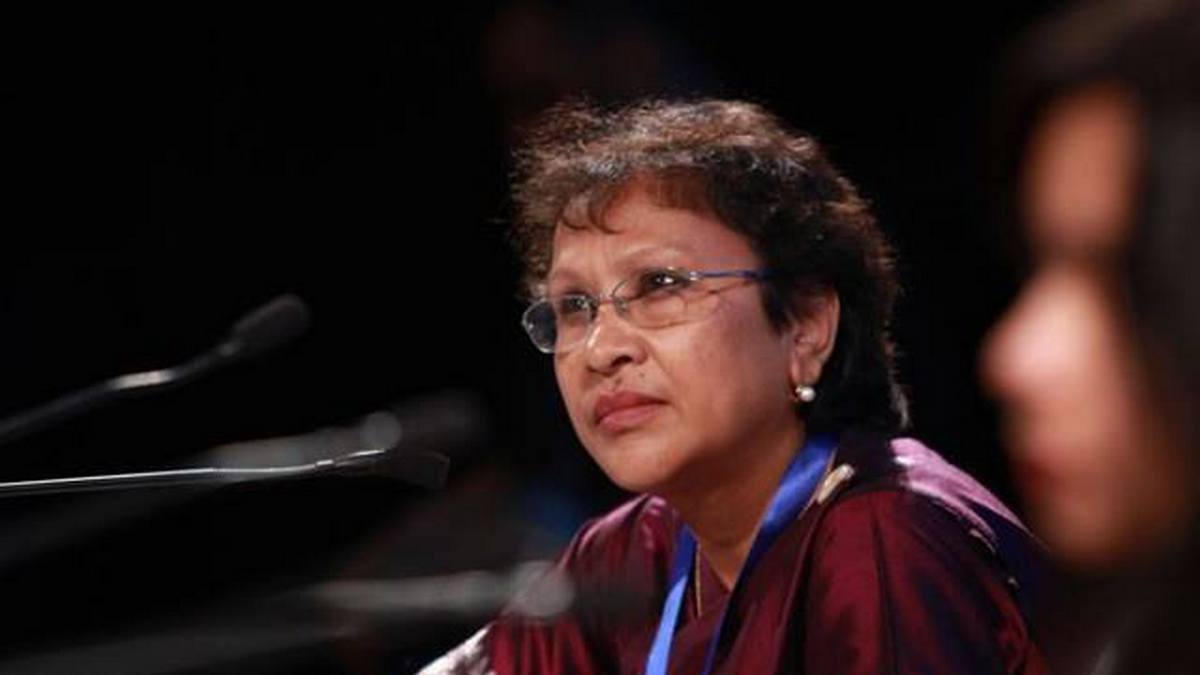 Supreme Court Issues Notice In Appeal By Senior Journalist Patricia Mukhim, against Meghalaya High Court Judgement which refused to quash Criminal Proceedings against her for a FaceBook Post Condemning Attack On Non-Tribals In ShillongThe Supreme Court on Wednesday issued notice on a Special Leave Petition filed by Patricia Mukhim, Editor of Shillong Times, against the judgement...

Supreme Court Issues Notice In Appeal By Senior Journalist Patricia Mukhim, against Meghalaya High Court Judgement which refused to quash Criminal Proceedings against her for a FaceBook Post Condemning Attack On Non-Tribals In Shillong

The Supreme Court on Wednesday issued notice on a Special Leave Petition filed by Patricia Mukhim, Editor of Shillong Times, against the judgement of Meghalaya High Court which had refused to quash criminal proceedings under Sections 153A, 500 and 505(c) of the Indian Penal Code against her.

A Bench of Justices L. Nageswara Rao, Indu Malhotra and Vineet Saran heard the arguments put forth by Advocate Vrinda Grover, on behalf of the Petitioner, and directed the State to submit a response.

The plea, filed through Advocate-on-Record Prasanna S. and drafted by Advocate Soutik Banerjee, submits that the Meghalaya High Court had passed an erroneous order wherein it had ignored settled precedent and declined to exercise powers vested in in under Section 482 Cr.PC.

Further, by dismissing the challenge made by the Petitioner to an FIR against her by the private Respondent, the High Court was allegedly allowed "victimization, persecution, abuse of process of law and also stifling of the fundamental rights of the Petitioner under Articles 19(1)(a) and 21 of the Constitution of India".

"The Petitioner is facing a persecution for speaking the truth and seeking enforcement of rule of law against perpetrators of hate crime, in exercise of her fundamental right as guaranteed under Article 19(1)(a) of the Constitution of India".

The FIR had been filed against the Petitioner, a senior journalist and a Padma Shree Awardee, for condemning atrocities committed against non-tribals in Shillong since 1979. In her post, Mukhim had alluded to an incident which had taken place wherein six non-tribal boys had been assaulted by 20 to 25 unidentified boys, and had appealed to the State authorities and administration to take stringent action as per law against the culprits.

The plea submits, "a plain reading of the Petitioner's Facebook post makes it clear that the intent and purpose of this post is to appeal for impartial enforcement of rule of law; equal treatment before the law of all citizens; condemnation of targeted violence against members of a minority group; an end to impunity for violence and thereby ensure peace and harmony between communities and groups". However, FIRs were filed against Mukhim under Sections 153A, 500, 505(c) of IPC.

It has been contended that, being non-cognisable, offences under Section 500 and 505(c) cannot be investigated vide registration of an FIR in view of the of the statutory bar against such prosecution, and that the entire proceedings against the Petitioner stands on a single limb, i.e. Section 143A, which is not made out against the Petitioner.