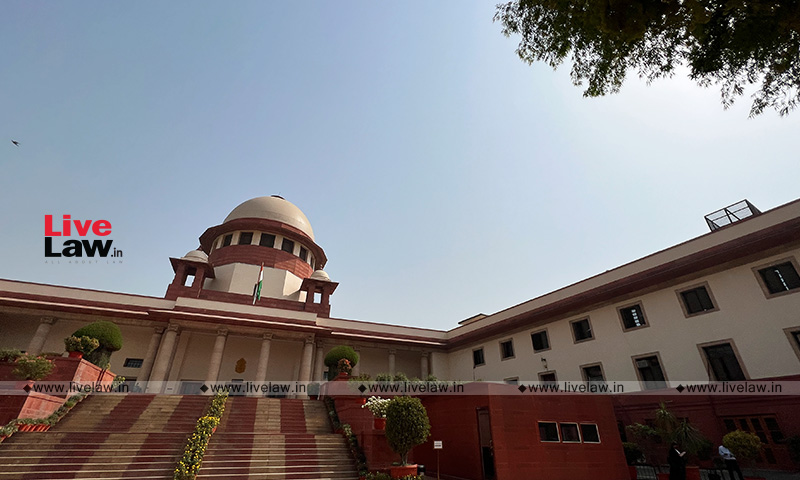 The Supreme Court on Tuesday passed an interim order to direct the Pharmacy Council of India to process applications of colleges which had challenged imposition of a moratorium issued by PCI on opening of new pharmacy colleges for a period of five years with effect from the academic year 2020-21 before the High Courts.

The bench has directed that no final decision regarding grant of approval or non-approval shall be taken till the outcome of the present petitions.

"By way of interim order, though we direct the Pharmacy Council of India to accept and process the applications of the applicants who were writ petitioners before the High Court, no final decision regarding grant of approval or non-approval shall be taken till the outcome of the present petitions", the Court ordered.

The case will be next heard on July 26.

A bench comprising Justice BR Gavai and Justice Hima Kohli issued the interim order while considering a batch of petitions challenging orders passed by High Courts of Delhi, Chattisgarh and Karnataka in relation to the moratorium issued by the Pharmacy Council of India (PCI) on opening new colleges for 5 years.

The ban was then set aside by the High Courts of Delhi and Karnataka. The Chattisgarh High Court passed an interim order against the moratorium.

While clarifying that two special leave petitions challenging orders passed by Karnataka and Delhi High Court will be treated as the lead matters, the bench directed all the parties to complete their pleadings by 22nd July 2022.

The bench was also considering batch of applications filed by respondent Colleges seeking reliefs including permission to establish their Pharmacy colleges from the academic year 2022 – 2023, grant necessary approvals to the Applicants, etc

During the hearing, Solicitor General Tushar Mehta appearing for PCI submitted that due to the mushrooming of pharmacy colleges, a five year moratorium was imposed which is under challenge.

The SG submitted that pursuant to High Court's interim order, the application system which was initially closed has now been started again. He suggested that while that may continue, the court should not pass any directions mandating the processing of the applications.

"Essentially principle on which prima facie we lost, as it is an interim order, is that we couldn't have done that through executive order and should have been through legislative process. The order now states that you will start and process the applications, which amounts to allowing the petition. We had closed our system, in view of interim order we have opened our system and we started the accepting applications. That may be continued but to say that we will process also will make appeals infructuous and would mean allowing the petitions," the SG said

The SG further submitted that the colleges' concern may be that they will lose one year, however, even if the PCI were to start processing, inspection and other administrative acts will also take 4-6 months. Therefore, the year 2022 will anyway be lost.

Senior Advocate Devadatt Kamat appearing for some of the respondent colleges submitted these are appeals from final orders of High Court, and three constitutional courts have held against the moratorium. He suggested that the applications of these colleges be processed, as they have already lost last two years.

Addressing the SG, the Bench orally observed, "Let applications be processed and no final application be taken. You don't do anything free of charge, you will charge them the fee. We're just saying process the applications."

"It is a layered process, it takes some months. Let that continue, and no final order.Meanwhile matter will be heard," Justice Hima Kohli said.

The bench further clarified that it doesn't want any final orders to be made with regard to approval of the colleges as if the PCI succeeds and orders of High Court are set aside, then the students will be in jeopardy.

"We also understand the difficulty of mushrooming, all those engineering colleges started have to now he closed down. Even B.Ed colleges," Justice Gavai said.

"They were running in shopping centres," SG remarked.

It may be noted that the PCI had in the year 2020, post-approval from GOI, imposed a blanket moratorium order on the opening of new Pharmacy Institutions across the country for the next 5 years.

This ban was imposed on the ground that the Pharmacy Institutions have mushroomed up in thousands across the country and thus the quality had been compromised and the number of graduates of Pharma Courses was much in excess of the demand in the sector.

The PCI has taken this decision after getting a go-ahead from the Department of Health, GOI in the said regard. Against this backdrop, the colleges had challenged the 5-yr ban order on multiple grounds, the same being outside the purview and powers delegated by the Pharmacy Council of India Act.