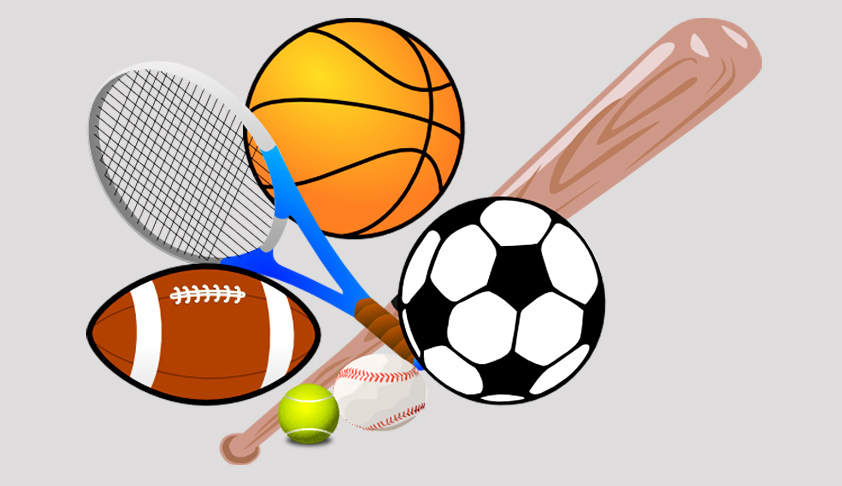 The Supreme Court, on Monday(April 25), asked the Union and State Governments to provide their opinion with respect to the submission of the Amicus Curiae, Mr. Gopal Sankaranarayanan that physical literacy ought to be recognised as a fundamental right under Article 21 of the Constitution of India. The Apex Court had also sought the response of the Government on the other interim...

The Supreme Court, on Monday(April 25), asked the Union and State Governments to provide their opinion with respect to the submission of the Amicus Curiae, Mr. Gopal Sankaranarayanan that physical literacy ought to be recognised as a fundamental right under Article 21 of the Constitution of India. The Apex Court had also sought the response of the Government on the other interim suggestions made by the Amicus in his summary notes.

A Bench comprising Justices L. Nageswara Rao and B.R. Gavai was hearing a plea, inter alia, seeking directions to the Union Government to form a High-Level Committee to make suggestions on amending Article 21A to include Sports as a Fundamental Right. Considering the fact that sports falls under the State List in Schedule 7 of the Constitution of India, responses were also sought from all the States.

At the outset, the Amicus apprised the Bench that after consulting various stakeholders and luminaries in the field of sports, he has reached the conclusion that adopting the phrase "Physical Literacy" instead of "Sports" would be appropriate as it signifies inculcating in each individual the ability and interest to engage in any physical activity. It does not, in essence, limit a person to a particular sport.

He briefly put forth the contents of the Report Entitled "From Stasis to Movement – Actualising a Fundamental Right to Physical Literacy in India", which was authored by the Sports and Society Accelerator in response to the written request made by the Amicus.

He asserted that though the vision of the report was implementable, they are long term goals and involve the coordination of several Ministries, both at the Centre as well at the State level. Therefore, from his summary note, he made submissions on the short term goals seeking urgent directions.

"There are three rights subsumed in this - right to education, right to health and right to freedom of expression…This forms the triangle which will lead to fundamental right of physical literacy to be recognised as fundamental right under Article 21."

Recommendations were provided by Mr. Sankaranarayanan with respect to School Education Boards, Educational Institutions and Empowered Committee and Digital Initiatives and directions were sought from the Bench.

Within 180 days, all schools that host students for more than 10 hours are to communicate about its Physical Literacy Policy to the guardians and create an internal committee to address grievances. The policy so adopted by the schools would be required to acknowledge its commitment to include physical literacy in its curriculum and it would incorporate the protocols of the National Physical Literacy Mission. It should also reflect its commitment to provide access to its sports facilities to the neighbourhood children as mentioned above. The policy should design inclusive physical literacy activities. It should include all students, irrespective of gender, disabilities, social backgrounds etc.

The Ministry of Education, through the Department of School Education and Literacy, can be directed to form an empowered committee or working group (Committee) consisting of senior officers from key line ministries and independent experts from the fields of education, health, disability, sports, and movement. A Court-appointed convenor can chair the committee. Apart from devising a core curriculum for physical literacy in consultation with other authorities, the Committee would be required to devise a strategic blueprint for actualising a fundamental right of physical literacy.

A dashboard with real time data on mapping of available playgrounds and open spaces and their utilisation rates, availability and qualifications of PE teachers, curricula, timetables, and equipment in educational institutions across the country is required to be created. The said dashboard would be integrated with an online dispute resolution mechanism for grievance redressal. He highlighted that the number of PE teachers in the country is abysmally low. Only 20% of the schools have PE teachers. Therefore, apart from PE teachers, e-learning courses should be developed for other teachers as well so that they can impart basic information about physical education to the students.

Mr. Sankaranarayanan also referred to International Covenants including the Berlin Declaration and Kazan Action Plan which recognises the right to physical activity as a fundamental right. He emphasised on the WHO Global Action Plan on Physical Activities and a detailed Report of the House of Lords on physical literacy.

"The world across there is a push towards greater physical activity and fitness. Our friends in the West are much more keen at skiing, hiking and trekking…It is almost second nature to them to be physically active throughout their life. Physical literacy is not about playing sports, it is being willing and being motivated enough to take on those challenges and keep it going throughout your life."

Justice Rao was of the opinion that to implement the suggestions of the Amicus, the response of the Union and the State would be crucial.

"We will have to get your ideas implemented. By passing a judgment, it is not going to happen. We have to get the response of the Union and State. What is the initial step that should be taken. How do we kick start this campaign?"

The Amicus apprised the Bench that at the threshold the Union and State Governments should provide their inputs on the issue of physical literacy being recognised as a fundamental right.

"The first step logically is acknowledging the position on the ground. Acknowledgment is the first factual step. Second aspect is that at a legal plain, whether the Court is recognising it as a right…If at the first step, we can have inputs on if they acknowledge this as a right."

The Bench stated, "Even the Govt. recognises the importance of physical education."

Mr. Sankaranarayanan submitted that as per the suggestions, it ought to be recognised as a fundamental right.

"Physical literacy as a fundamental right. This takes it a notch higher."

The Bench asked Additional Solicitor General, Mr. KM Nataraj to get instructions in this regard.

"Why don't you get instructions? The States also can get a response."

Mr. Nataraj responded, "We might have to get an expert opinion. Inputs of all States might be required because it is a State subject."

Senior Advocate, Mr. Vikas Singh submitted that even today sports is not considered as a viable career option.

"VVS Laxman's parents were doctors. So, they wanted him to become a doctor, but he chose to take up cricket. Very few people can do that."

"Athletes from the North East are really doing well. Haryana is doing well in wrestling."

The Bench was of the opinion that more encouragement is required and directed the Union and the States to respond to the interim suggestions of the Amicus.

"The Union of India and the State Government are directed to respond to the interim suggestions made by the Amicus Curiae."

Justice Gavai appreciated the Amicus' suggestion with respect to complete utlilisation of the playground and sports facilities of the schools by providing access to neighborhood children.

The Bench lauded Mr. Sankaranarayanan for assisting the Court effectively.

"You have done a good job."