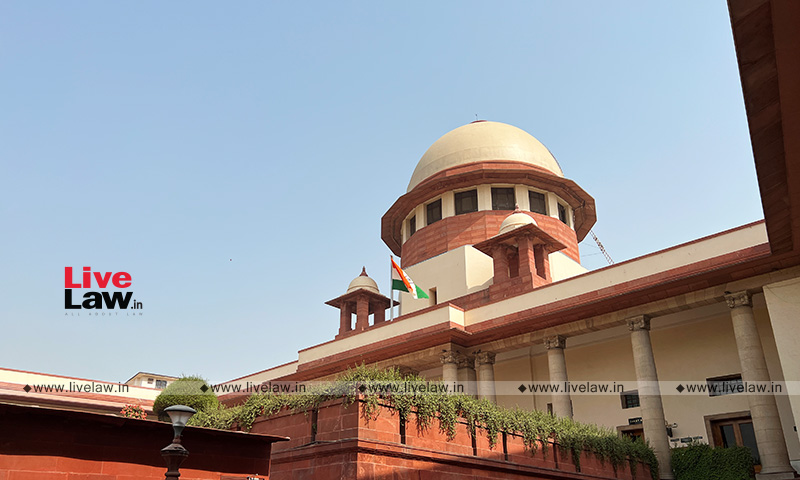 A PIL has been filed before the Supreme Court seeking directions to the National Institute of Open Schooling (NIOS) to lay down the distance criteria while determining the Examination centre for NIOS Public Examinations.

A bench comprising Justice Abdul Nazeer and Justice PS Narasimha on Tuesday orally asked for a response from NIOS with regard to the relief sought.
Without issuing notice, the bench asked the counsel appearing for NIOS to take instructions in this regard.
"This is not adversarial. All that he's asking is, that going far away is the question. Take instructions, it is a policy decision what is to be done. You take instructions and we'll close this matter. We are not even issuing notice, get instructions, apply your mind and find a solution," the bench said.
During the hearing, Advocate Rishi Malhotra appearing for the petitioner submitted the petitioner has moved the High Court consistently but was asked to move representations before the authorities, which are still pending.
The bench will hear the case on Friday (27th May) next.
The present writ petition petition has sought directions to NIOS to give preference to the distance of the Examination Centres from the recognized schools so that the students have to travel minimum distance in order to appear for the said public examinations.
The present writ petition has raised the question as to whether the Class X and Class XII students have any fundamental right to appear for examinations in nearby authorized Examination Centres of NIOS rather than travelling far of distances in rural areas to appear in priority Examination Centres earmarked by the NIOS.
The petitioner school, one of the Accredited Institution of NIOS has pointed out that in the year 2012, NIOS came out with a revised Norms and Guidelines for establishment of Examination centres for NIOS w.e.f. April 2014 Examination onwards.
It was notified in the said Guidelines that the schools to be selected as Examination centres for NIOS Public Examinations would be selected as per the sequence of order given in the said scheme, and there were 5 categories viz. category A to E which were spelt out in order to select Examination centres for NIOS Examinations.
Further, Clause 7 of the said Scheme categorically stipulated that the Regional Director should give order of preference based on Category A to E while considering the Schools for examination centre at a particular area or place.
According to the petitioner, what is happening today is instead of nearest Examination Centre from the school which may be in close distance of 1 to 10 kms, the students of NIOS who are basically rural and poor including girls have to travel all the way to Kendriya Vidyalayas and other category A schools in a sequence as provided in the said Guidelines which are at the distance of more than 50 kms. etc.
Case Title: PRAGYA HIGHER SECONDARY SCHOOL vs NATIONAL INSTITUTE OF OPEN SCHOOLING (NIOS) AND ORS.