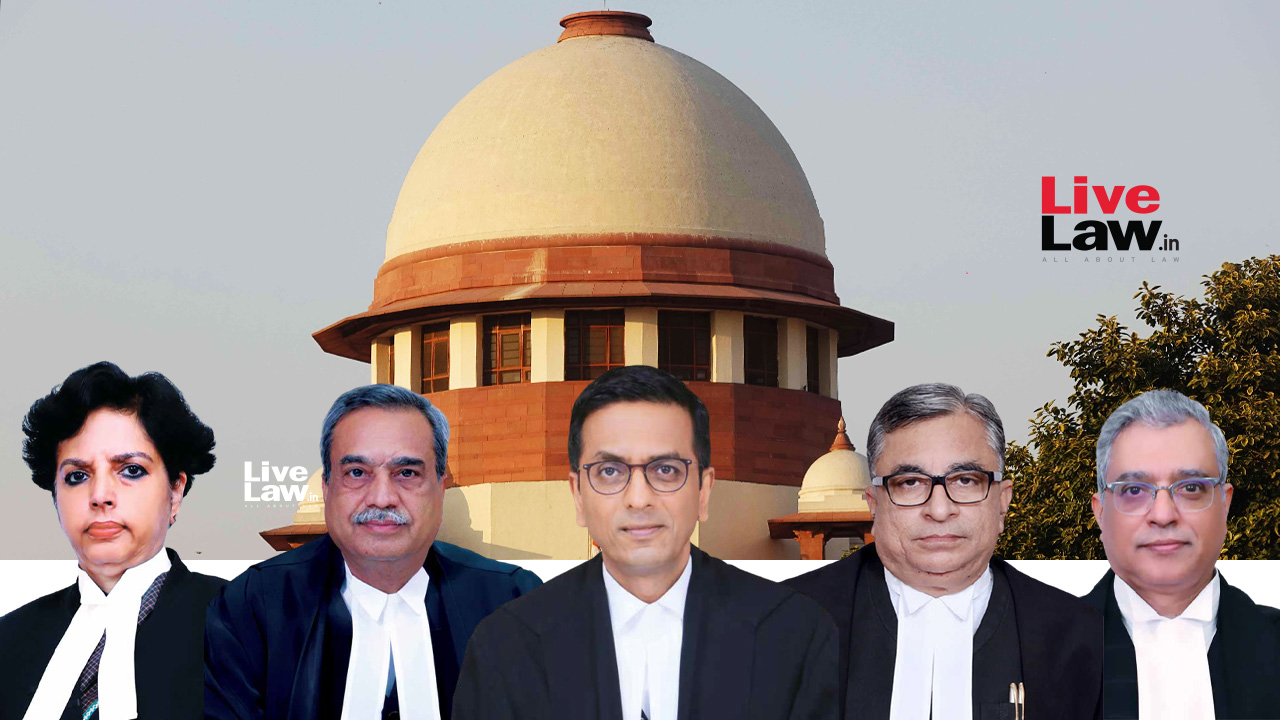 A Constitution Bench of the Supreme Court, on Tuesday, posted the pleas challenging the constitutional validity of extending political reservation granted to the Scheduled Caste and Scheduled Tribe communities in Lok Sabha and State Legislature beyond the original ten years contemplated by the Constitution, for directions, on 29th November, 2022.

"We will keep it on 29th November, for directions."

A 5-Judge Bench comprising Justices D.Y. Chandrachud, M.R. Shah, Krishna Murari, Hima Kohli and P.S. Narasimha agreed to allow the amendment to the original petition. As ASG, Mr. Vikramjit Banerjee submitted that the Centre would like to file a response to the amendment, the Bench directed -

"The amendment shall be carried out during the course of the week. Reply to the amendment petition shall be filed within a period of 3 weeks."

The Bench also asked the Counsel representing the parties concerned to file joint compilation of written submissions, precedents, and any other documentary material along with a common index. It added that the said exercise shall be carried out within a period of 4 weeks.

The Constitution Bench asked the Counsels to sit together and formulate the issues. The Attorney General for India, Mr. R. Venkataramani suggested that the Counsels can have a pre-hearing conference and can reach a consensus regarding the issues which require the Court's consideration.

At the request of the Counsels, the Bench also directed -

"The Registry shall provide PDF files to the Ld. Counsels with a common index. The pagination shall not thereafter change so as to facilitate reference during the course of arguments."

A Counsel appearing for a transfer petitioner, apprised the Bench that he has filed a petition to transfer proceedings on the same issues involved in the present matter pending before the Rajasthan High Court to the Apex Court. Considering there was no objection to the admission of the said transfer petitioner, the Bench allowed it and directed that the compilation of all records of the proceedings before the High Court be filed before it.

Article 330-334 of the Constitution of India, 1950 are safeguards to ensure political representation in the Parliament as well as the State Legislatures for the Anglo Indians and Scheduled Caste/Scheduled Tribe communities. It provides for reservation of seats in Lok Sabha & Legislative Assemblies for SC/ST communities and nomination for Anglo Indians. The reservation and nomination, both were initially contemplated for 10 years. However, considering that the social conditions of the said communities had not improved and it was still not feasible for them to be represented in the Legislature by way of election, extension was granted after expiration of every 10 years. The last extension was granted by way of the Constitution (104th Amendment Act) 2020. The benefit of the extension granted in 2020 only enures to the SC/ST communities and not the Anglo Indians. The reservation extended for the SC/ST communities in 2020, would continue till 2030.