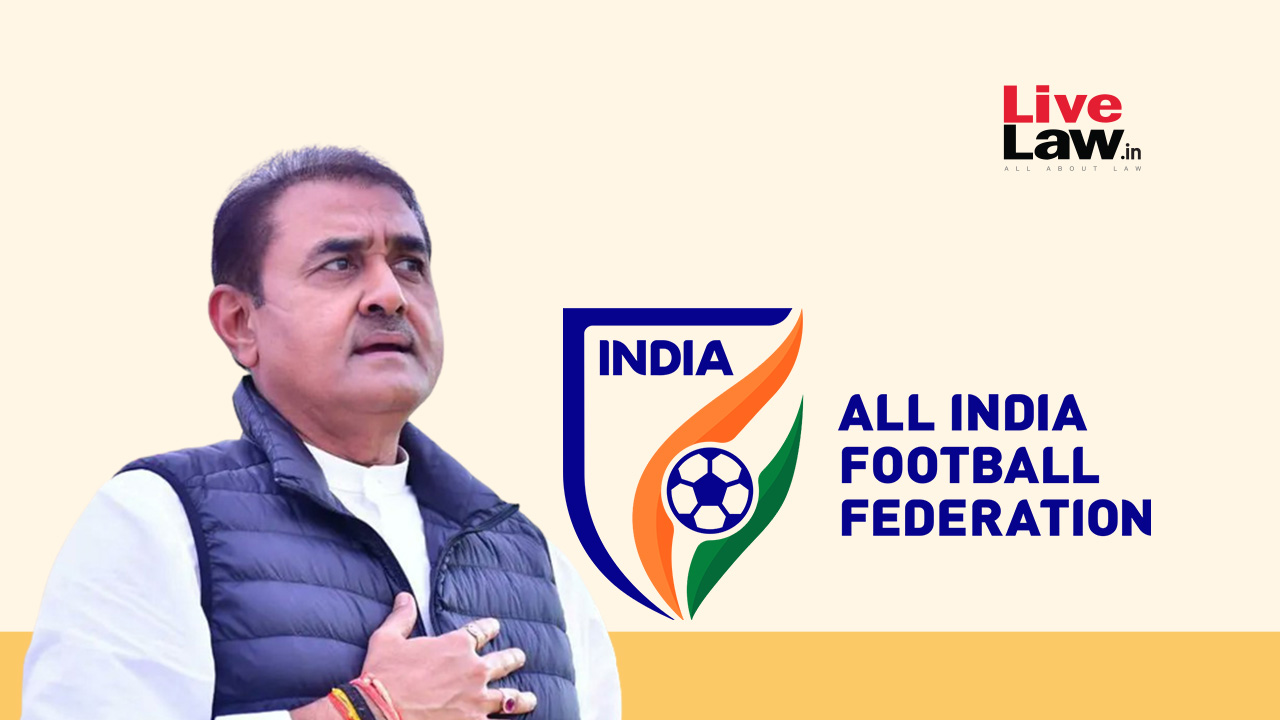 On 03.08.2022, the Apex Court approved timelines proposed by CoA to conduct the election of the executive committee of the AIFF. It clarified that it would be an interim arrangement and the interim body would continue for a period of three months subject to further orders of the Court. It had also approved the inclusion of football players in the electoral college for the ensuing election.

The contempt petition submits that Mr Praful Patel, who had been removed as President of the AIFF, has consistently abused his position as Council Member of FIFA to orchestrate campaigns amongst the State Associations to undermine the directions issued by the Apex Court from time to time. It further contends that the 35 State Federations that were present before the Court on 03.08.2022 when the concerned order was passed, had, on 06.08.2022 participated in meetings conducted by Mr. Patel where he indicated that letters threatening suspension from the FIFA and Asian Football Confederation have been obtained to "help" the State Federations and the Union Government is convinced to seek a review of the order passed on 03.08.2022. As per the petition the Union Government and FIFA-AFC have been mislead by the contemnors.

In addition to initiating contempt proceedings, the petition has sought the Apex Court's direction to bar Mr. Patel from participating in and holding any football related posts, including the positions in FIFA and AFC.

The Counsel for CoA appearing before a Bench comprising Justices D.Y. Chandrachud, Surya Kant and A.S. Bopanna, on Wednesday (10th Aug, 2022), mentioned the contempt petition for urgent listing. He apprised the Bench that 'some entities' are interfering with the interim order passed by the Apex Court on 03.08.2022 directing expeditious holding of the election of the executive body of AIFF.

ASG, Sanjay Jain appearing on behalf of the Ministry of Sports and Youth Affairs had also mentioned his Miscellaneous Application (M.A.) seeking modification of the order dated 03.08.2022, for listing. He stated that the Union Government was under the impression that the constitution of the CoA is not in conflict with FIFA's statutes. He submitted that FIFA has submitted a letter stating they would withdraw the hosting rights for the upcoming Under-17 Women's World Cup. It was stated that the said letter strikes at the very root of the interim order passed on 03.08.2022. In view of the letter, the Union Government has filed an application for appropriate direction.

Senior Advocate, Gopal Sankaranarayanan appearing on behalf of CoA informed the Bench that response to FIFA's letter has been sent by the CoA. FIFA-AFC had sent a joint letter to AIFF, on 05.08.2022, expressing concern that the promised timelines had been deviated from without the consent of the State Associations. CoA's response states that there was no deviation and that State Associations were part of the consensus decision to finalise AIFF's constitution after the elections. He asserted that the application was filed by the Union Government and the State Federation without knowledge of CoA's response to FIFA.

"A little bit of statesmanship on the part of your client is necessary. You have to engage with FIFA and see to it that the tournament can be held. Everyone of us is interested in India getting the tournament…the way forward now is the way through dialogue."

Considering the urgency of the matter, the Bench agreed to list the Union Government's M.A. on 11.08.2022.

Senior Advocate, Gopal Sankaranarayanan appearing on behalf of CoA urged the Bench to list the Contempt petitioner as well. He added that CoA might not press the prayers of contempt, but documents therein would be required to be perused.

"You have to decide if you want the tournament to be held in the country or not. If you don't then by all means try to stall everything the court does. If you want it to be held and don't want to act as a spoiler then tell your clients to be fair with the Court. We don't appreciate the back door methods to interfere with the order of the Court."

"We would want it to be held. The future of Indian football in India is premised on this tournament."

The election of All India Football Federation (AIFF) was assailed by Advocate Rahul Mehra before the Delhi High Court. The election was challenged on the ground that while the National Sports Code, 2011 made it mandatory for each candidate to be nominated by one member association and seconded by another member, the AIFF had stipulated that each candidate had to be nominated by five member associations. Observing that the election was indeed held without following the National Sports Code, the High Court had called for fresh election within five months.

On 10.11.2017, by way of an interim order, the Apex Court stayed the operation of the Delhi High Court's judgment. It had also constituted the Committee of Administrators (CoA) comprising former Chief Election Commissioner SY Quraishi and former Indian football team captain Bhaskar Ganguly. The CoA was to formulate the constitution of the AIFF in consonance with the National Sports Code and ensure the constitution of the executive committee of AIFF. On 18.05.2022, the constitution of CoA was modified and the Court appointed former Supreme Court judge Justice AR Dave as the head of the COA. On 21.07.2022, the Court noted that the Women's World Cup was due to commence in India and in that regard FIFA has indicated to the CoA that the inaugural of the under 17 tournament should be carried out under the auspices of a democratically elected AIFF. Considering the same directions were issued by the Apex Court to expedite the election process. CoA was directed to provide a draft proposal in order to facilitate holding of elections. On 28.07.2022, all the parties concerned had beseeched the Court to give specific direction for holding of election.