Identification Of Children Who Became Orphans During COVID Cannot Be Delayed Any Further : Supreme Court To States, UTs 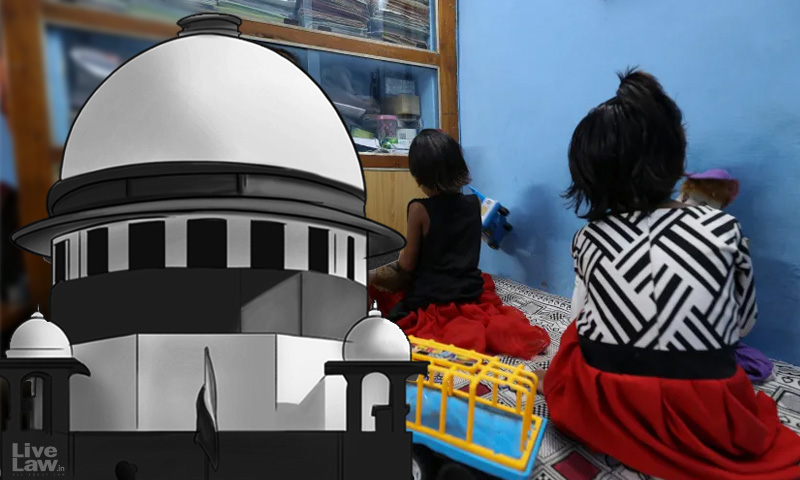 While noting that the identification of children who have lost both or one parent after March 2020 cannot afford any further delay, the Supreme Court has directed the States and Union Territories to take assistance from several agencies at the grass root level for completing the process. A Division Bench comprising Justices L Nageswara Rao and Aniruddha Bose ordered "the...

While noting that the identification of children who have lost both or one parent after March 2020 cannot afford any further delay, the Supreme Court has directed the States and Union Territories to take assistance from several agencies at the grass root level for completing the process.

The Bench has clarified that this will be in addition to the mechanism available in the Juvenile Justice Act and the rules, and the District Magistrates are therefore directed to continue uploading information as and when received on National Commission for Protection of Child Right's (NCPCR) Bal Swaraj Portal.

Further, the District Magistrates have been directed to provide necessary information till stage 5 as it appears on the Bal Swaraj portal to enable NCPCR to monitor implementation of schemes.

The Court has also directed that the Child Welfare Committees to complete inquiries within the time limit specified in the act and provide required assistance and rehabilitation to orphans.

All State and Union Territories have been directed to file status report giving following particulars:

Regarding the issue of education of orphans, the Bench has reiterated that the State governments have to ensure that orphans are permitted to continue in same schools for at least this academic year be it private or public schools. If there is a difficulty with continuing in private schools, they may be accommodated in other schools, under RTE Act. States have to provide information of Students who have been accommodated in private and public schools.

The Bench has issued the directions after taking into consideration the submissions made by Amicus Curiae Gaurav Agrawal, Additional Solicitor General(ASG) Nataraj appearing for NCPCR and ASG Aishwarya Bhati appearing for the Union of India:

The Bench made note of 2 issues pointed out by the Amicus Curiae Gaurav Agrawal:

Based on Information provided by States in response to June 7th order, Amicus submitted that it is not clear as to whether benefits promised by state governments have been given to all Orphans who have been identified.

The Amicus submitted that the majority of orphans have been produced before CWC, and the immediate concern now is finding out ways and means of the identification of orphans and ensuring the benefits of schemes reach them.

He suggested involvement of other agencies at grass root level, to report after securing information about deaths which have resulted in children becoming orphans to CWC immediately.

Submissions On Behalf Of NCPCR:

Mr Nataraj for NCPCR took the Court through the latest statistics of children who've become orphans, lost 1 parent, and have been abandoned.He submitted that the number of orphans in Jammu and Kashmir, Punjab and West Bengal appear to be unrealistic. The information that has been uploaded on the portal by almost all States is incomplete as there is registration of 75320 children on portal but information till stage 5 is only for 1126 children.

ASG also informed the Court that there are as many as 34 schemes by Centre and States. But the disbursement of the benefits of the scheme can be monitored by NCPCR only after information till stage 5 is uploaded by States. Further, the NCPCR has power to direct State government to implement these schemes.

'Only 27 Orphans Due To COVID? We're Not Prepared To Believe This Figure': Supreme Court Pulls Up West Bengal Govt

Submissions on behalf of Union of India:

The bench also observed during the hearing that welfare schemes announced for orphans should not be confined to children who lost parents due to COVID and should cover all children who became orphans since March 2020, whether due to COVID or not.