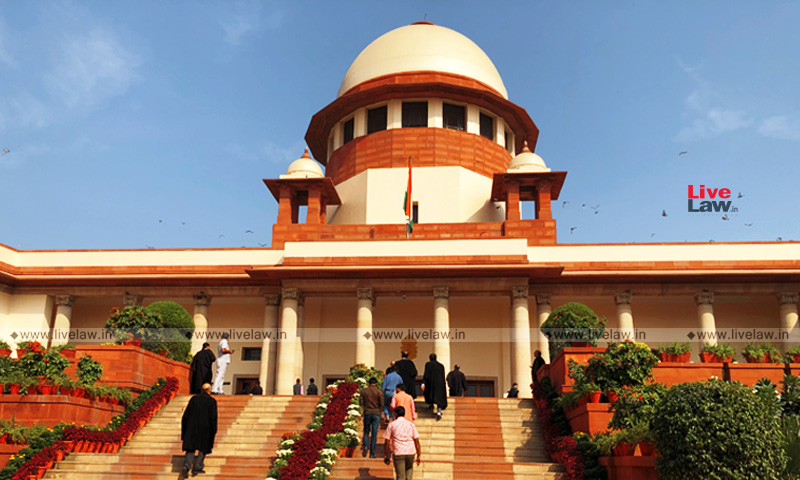 The Supreme Court on Thursday pulled up the Tihar Jail authorities for acting in connivance with the Chandra brothers in engaging in illegal activities by flouting the jail manual, dissipating proceedings, derailing investigation etc., in the Unitech money laundering case.A bench of Justices DY Chandrachud and MR Shah ordered to shift ex-Unitech promoters Sanjay Chandra and Ajay Chandra...

The Supreme Court on Thursday pulled up the Tihar Jail authorities for acting in connivance with the Chandra brothers in engaging in illegal activities by flouting the jail manual, dissipating proceedings, derailing investigation etc., in the Unitech money laundering case.

The court also asked why the Commissioner, Delhi Police has not taken any action for 10 days despite the communication by the Enforcement Directorate to him making certain allegations against the jail staff. The bench directed the Commissioner to personally carry out an inquiry into the same and submit a report within 4 weeks.
The bench, in its order, recorded that in the order of this court dated May 9, 2019, there is a categorical reference to the status report which was filed by the forensic auditor from which it emerged that they had not been provided with access to all electronic records, including those which were in possession of the Chief Financial Officer of Unitech. Consequently, the lack of cooperation was underscored in that order of this court.

"In this backdrop, the court specifically recalled the facilities that had been made available to the accused Sanjay Chandra and Ajay Chandra, former directors of Unitech Ltd who were lodged in Tihar Jail. The court directed that they shall not be entitled to any additional facilities apart from those which are available in the normal course in terms of the jail manual. These directions were communicated by the Registrar (Judicial) to the Jail Superintendent of the Tihar Central Jail", noted the bench.

"The status report dated August 16, 2021 contains a copy of the letter addressed on August 16, 2021 by the Assistant Director, HIU, ED to the Commissioner of Police. The letter contains specific details of the manner in which the premises of Tihar Central Jail have been used- (1) in engaging in illegal activities by flouting the jail manual; (2) making efforts to dissipate the proceedings; (3) influencing witnesses and attempting to derail the investigation", said the bench.

The bench further observed that during the course of her submissions, ASG Madhavi Diwan, for the ED, has adverted to the salient contents of the status report:

"We have heard Mr K. M. Nataraj, ASG, and specifically queried about the action which has been taken by the Commissioner of Police, Delhi on the receipt of the communication dated August 16, 2021. The contents of the communication reveal serious and disturbing issues. What has concerned the court, in particular, is that the effort of the court, the jurisdiction of this court is sought to be undermined in complicity with the jail staff, if the contents of the letter are true."

"We are of the view that the record thus far indicate that despite the orders of this court, activities are taking place within the precincts of the Tihar Central Jail where the 2 accused have been lodged which has the propensity to undermine the authority of the court as also to derail the investigation which has been ordered by the Enforcement Directorate, including but not confined to the PMLA. In the circumstances, we order and direct that the accused be shifted immediately from Tihar Central Jail to the premises of Arthur Road Jail, Mumbai and to the Taloja Central Jail, to be housed separately. A copy of this communication shall be forwarded by the Registrar Judicial to the DGP, Maharashtra so that arrangements can be made immediately for housing the 2 accused"

"The video conferencing facility at both the jails to which the brothers are to be transferred shall be made available to them to participate in court proceedings where they are required", said the bench.
"We also wish to impress upon the ED to proceed ahead with the investigation expeditiously. The investigation has been proceeding at a rather tardy pace and we now expect that the court should be apprised of the status of the investigation within a period of four weeks from today", added the bench.
Click Here To Read/ Download Order
TagsSupreme Court Unitech Tihar Jail #Sanjay Chandra
Next Story
Similar Posts
+ View more
Law Firms
+ More