'Never Seen Such Things': Supreme Court Pulls Up UP Govt. For Transfering Investigation At The Instance Of Accused After Filing Of Chargesheet 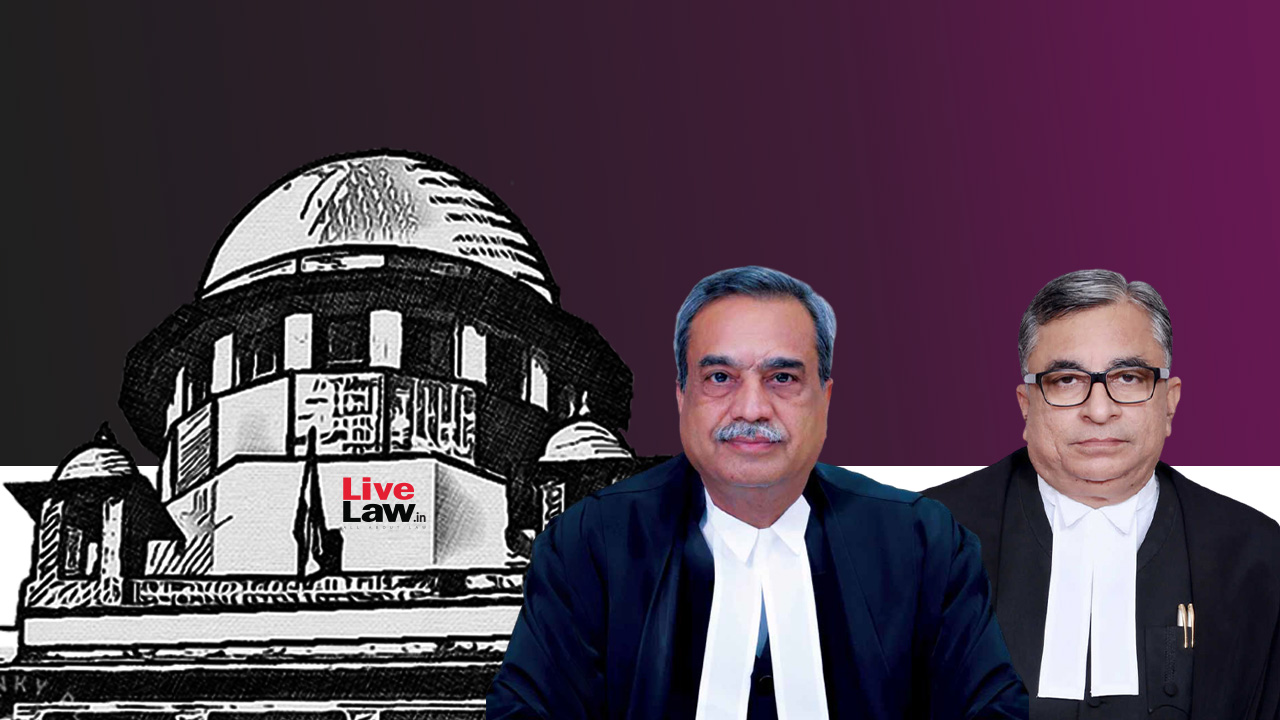 The Supreme Court on Wednesday expressed surprise at how, at the instance of the accused in a murder case, after the chargesheet was filed, further investigation was transferred to another agency by the UP state home secretary.The Apex Court also expressed displeasure that the Allahabad High Court, without application of mind to the seriousness of the charge, granted bail to the accused.The...

The Supreme Court on Wednesday expressed surprise at how, at the instance of the accused in a murder case, after the chargesheet was filed, further investigation was transferred to another agency by the UP state home secretary.

The Apex Court also expressed displeasure that the Allahabad High Court, without application of mind to the seriousness of the charge, granted bail to the accused.
The bench of Justices MR Shah and Krishna Murari was hearing the SLP by the mother of the deceased against the March, 2022 decision of the Single Bench of the Allahabad High Court releasing the accused-respondent on a bail application filed by him in a 2014 criminal case under Sections 302 and 120-B, IPC
At the outset, on Wednesday, Justice Shah put to Senior Advocate for the respondent-accused, "At the instance of the accused, after the charge-sheet is filed, further investigation is directed to be done by another agency (CB-CID)? Never in my life have I seen such a thing! You are such an experienced criminal lawyer- you tell us if it can be done? It can be at the instance of the complainant, the victim, at the instance of the prosecution. But the state home secretary has done it at the instance of the accused!"
Continuing, the judge observed, "You are the main culprit! Once your 482 (Cr. P. C. petition for quashing of the entire proceedings and the charge sheet) is dismissed, your SLP (against the dismissal of the section 482 petition) is dismissed, non-bailable warrant is issued, the secretary obliged you? How can you get out of the dismissal of the SLP? You cannot take advantage or disadvantage of the subsequent charge sheet filed by the CB-CID exonerating you! We are not bound by the state home secretary! We are canceling the bail!"
Discussing the impugned order of the High Court, Justice Shah noted, "Is it a manner in which the High Court, without considering the charge sheet, the seriousness of the charge, without application of mind, granted bail? Merely by saying 'oh, considering all these things, the applicant is entitled to bail'? Even the third charge sheet is not considered!"
The bench also heard the AAG for the state of UP. Recording that the petitioner has expired, the bench permitted the state of UP to transverse as petitioner and that present SLP be treated to have been filed by the state challenging the impugned judgment and order passed by the High Court releasing the private respondent/accused on bail.
The bench then reserved its judgment on the SLP.
As recorded by the High Court, Ashwani Kumar (the accused-respondent before the Supreme Court) filed a 482 Cr. P. C. application praying for quashing of the entire proceedings of the Case as well as for quashing of the charge sheet of 2.12.2016, but said application was dismissed by the High Court on 5.7.2017.
Being aggrieved by the order of 5.7.2017, Ashwani Kumar filed a Special Leave to Appeal (Crl.) which was dismissed by the Supreme Court on 24.8.2018. The Supreme Court also vacated the interim protection granted to the accused.
After passing of the order of 24.8.2018, the CJM, Baghpat issued a non-bailable warrant against Kumar on 18.9.2018. Then, his mother moved an application on 23.1.2019 to the state home secretary for transfer of investigation to CB-CID. Order of 13.2.2019 was passed by Secretary (Home), state of UP, Lucknow whereby he directed further investigation by CB-CID of the Case under Section 302, 120-B IPC.
Initially, the local police had investigated the matter and had submitted a charge-sheet against one Sarvesh alias Mangal and one Vikki on 1.3.2015 and thereafter a supplementary charge sheet of 2.12.2016 was also filed against the accused Ashwani Kumar and Smt. Anju, wife of the deceased. The Magistrate took cognisance on the first charge sheet on 31.3.2015 and on the second charge sheet on 21.2.2016. Pursuant to the charge sheet, Session Trial of 2015 is stated to be pending in the court of Additional Session Judge, Court No.1, Baghpat. At that stage, further investigation was directed by the state home secretary.
In the impugned order of March 25, 2022, the Single Judge of the Allahabad High Court at Allahabad opined as follows- "Considering the facts and circumstances of the case as well as submissions advanced by learned counsel for the parties and also perusing the material on record, enlargement on bail of co- accused Vikki and Sarvesh @ Mangal, nature and punishment provided for the offence, without expressing any opinion on the merit of the case, the applicant is entitled for bail, let the applicant Ashwani Kumar involved in aforesaid case crime be released on bail on his furnishing a personal bond and two local sureties each of the like amount to the satisfaction of the court concerned, subject to the following conditions..."