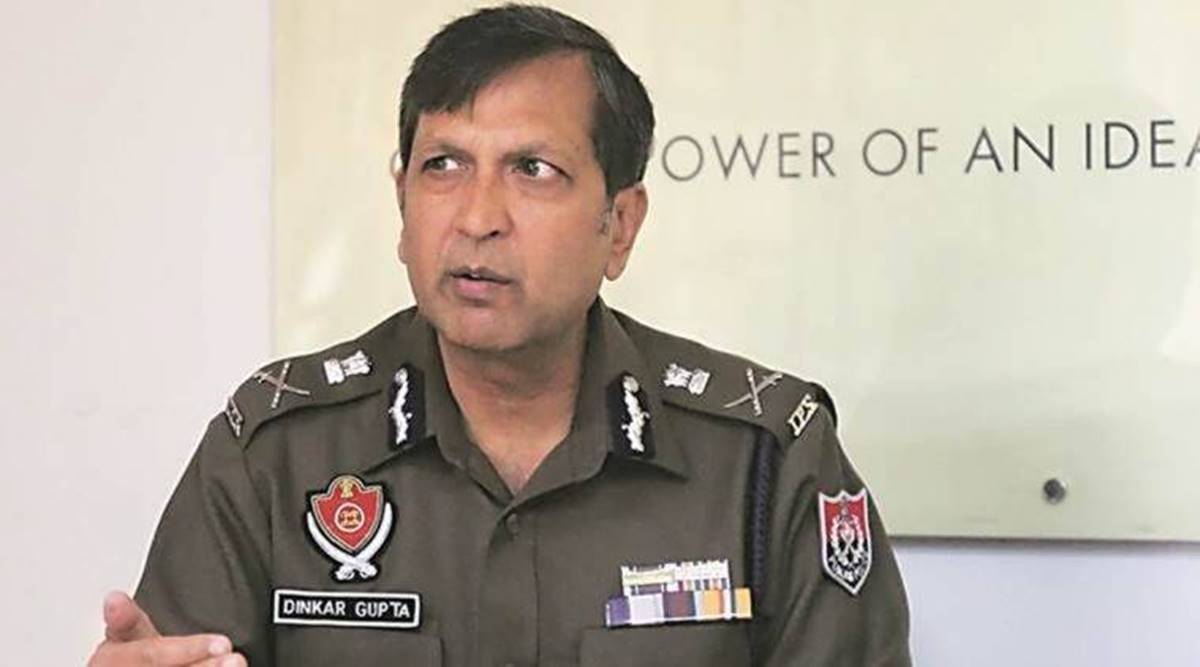 While hearing two special leave petitions against the Punjab and Haryana High Court's order of upholding the appointment of Dinkar Gupta as the Punjab DGP, the Supreme Court today observed that core policing areas might vary from state to state. "Each state has its own policing areas. Punjab is a border state. The policing areas in Madhya Pradesh might not be the same as that...

While hearing two special leave petitions against the Punjab and Haryana High Court's order of upholding the appointment of Dinkar Gupta as the Punjab DGP, the Supreme Court today observed that core policing areas might vary from state to state.

"Each state has its own policing areas. Punjab is a border state. The policing areas in Madhya Pradesh might not be the same as that of Punjab. This varies from state to state," Justice Sanjiv Khanna orally remarked.

The matter was listed for hearing before the bench of Justices LN Rao, Sanjiv Khanna and BR Gavai.

The petitions were filed by IPS Officers Mohammad Mustafa and Siddarth Chattopadhyay who were not considered for appointment as the top police officer of Punjab.

Two member bench of CAT Chairman L Narsimha Reddy and M Jamshed upon IPS Officer's application quashed Gupta's appointment as DGP and observed that the procedure adopted by UPSC and the Empanelment Committee for preparation of the panel for the purpose of selection and appointment of DGP was violative of the procedure stipulated by the  Supreme Court "Prakash Singh & others v. Union of India & others" (2006) 8 SCC 1.

The division bench of Justices Sawant Singh and Sant Prakash on November 6, 2020 while holding that the CAT "exceeded its power of judicial review by transgressing into the domain of law regarding judicial review of the decisions/ recommendations of the Selection Committee," set aside CAT's order that had quashed Dinkar's Appointment.

Flaw In Draft Guidelines 2009 Since They Leave Method Of Suitability On Committee: Venugopal

Appearing for Siddharth Chattopadhyay (1986 batch officer), Senior Advocate Krishnan Venugopal argued that Chattopadhyay was considered unfit for empanelment since Suresh Arora, the then DGP being the ex officio member of the Empanelment Committee for selection of post of DGP had reason to be biased against him. Reliance was also placed on Top Court's judgement in Badri Nathv Govt of Tamil Nadu & Ors , 2000 8 SCC 395.

It was also his contention that the selection criteria that was employed by the UPSC Empanelment Committee was in contravention with the Prakash Singh Judgement since the Top Court had said to give weightage to a person in seniority and that even the criteria pertaining to experience was also not followed.

Senior Advocate Krishnan Venugopal also argued that the officers were unaware of the process of selection and only got to know about the same from a newspaper.

"We were unaware as to when the process started. It came out in some newspaper that the process was on and that the then DGP was sitting on it. It was never disclosed to the panel & the DGP had recused 2 times in my case. CAT also rejected the bias saying that we could not show that any actions have been taken by us against that DGP," Senior Counsel added to substantiate his contention.

Emphasizing on the composition of members of the Empanelment Committee, Senior Counsel submitted that then DGP Suresh Arora had maximum knowledge on determining the 5 core areas and that the entire fulcrum laid on Policing Areas.

"There is a big flaw in the draft guidelines because if it leaves the method of suitability to the committee, then each time they would have the option to choose the criteria that they wish to adopt," Senior Counsel added.

Appearing for Mohammad Mustafa (now retired), Senior Advocate Paramjit Singh Patwalia while emphasising on the word "Farce" used by Central Administrative Tribunal ("CAT") to describe the process based on which Gupta was appointed submitted that the entire selection process was completely tailor made.

"Out of the 20 core policing areas, 5 are picked up where Respondent 6 (Dinkar Gupta) had worked. There were also other areas but they weren't picked up. These were the criteria that were followed for Gupta's selection. He was a favourite of outgoing DGP (Suresh Arora)," submitted Senior Counsel.

Contending that the selection process should be fair, Senior Advocate Paramjit Singh Patwalia also submitted that although there were more than 2 posts of DGP but for Punjab Police there was only 1 post.

Representing the Union Public Service Commission ("UPSC"), ASG Aman Lekhi submitted that the Draft Guidelines, 2009 were legal, binding and in conformity with the Prakash Singh Judgement.

Arguing that the Guidelines were approved by the Supreme Court, ASG further added that the selection was based on merit and was not vitiated on malafide.

To prove the validity of the guidelines, ASG relied on the Apex Court judgement in Prakash Singh v Union of India, Vishaka and Ors v State of Rajasthan (1997) and Vineet Narain and Others v Union of India and Another(1997).

"In the Prakash Singh case, the Supreme Court was aware of Vishkaha & Vineet Narain that all authorities must act in terms of the order of the Supreme Court and therefore the process of selection was legal," ASG added.

"We are trying to understand that in a particular state there are 15 people who have 30 years of service. Will the State send all these names?" Justice Rao further asked.

"Yes. This is to ensure that the zone of consideration is wide & that there is no favouritism and nepotism." ASG Aman Lekhi replied.

Arguing that the officers themselves contended that they qualified all the core policing areas and were better, ASG Aman Lekhi submitted that,

"Their entire song on the core policing areas on which they are dancing completely collapses."

Scores Of Appointment Have Been Made Based On Draft Guidelines, 2009: Senior Advocate Mukul Rohatgi

Representing the State of Punjab, Senior Advocate Mukul Rohatgi submitted that based on Draft Guidelines, 2009 scores of appointments were made and it was not for the first time that an appointment was made based on them in 2020.

"To say that the High Court isn't aware of the guidelines is too much to swallow," Senior Counsel added.