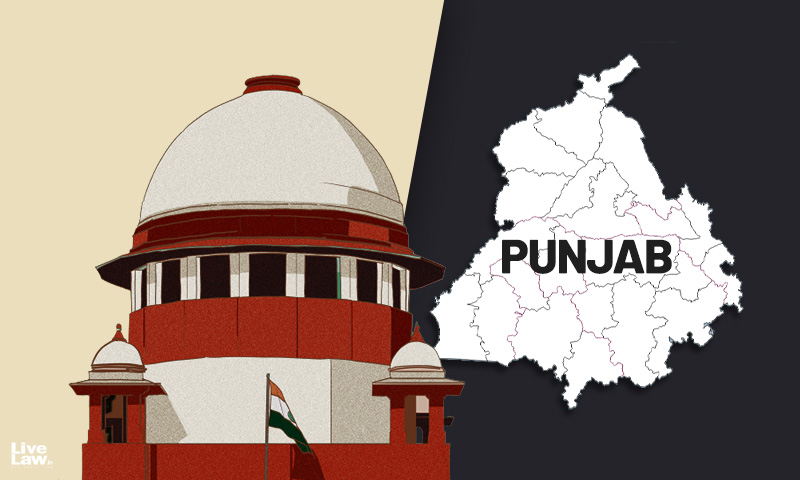 Remarking that "NDPS matter is not a usual matter" and that there are over 2000 absconding NDPS offenders/accused persons in Punjab, the Supreme Court has asked the state to put in place appropriate provisions to ensure that the absconding individuals are brought to book within a reasonable time, and to the effect that in the event of failure, the concerned police officer is proceeded with departmentally.

Advocate General Anmol Rattan Sidhu was taking the bench of Justices A. M. Khanwilkar and J. B. Pardiwala through the action plan submitted by the state to tackle the situation, including action under section 83 of Cr. P. C. for attachment of the properties of the absconder. This additional affidavit was filed by the state through the Assistant Inspector General of Police, referring to the office order(s) issued by the Director General of Police.
At this, Justice Khanwilkar asked Mr. Sidhu, "Is there any timeline given that the authority concerned must do this within 30 days' time? It is not a usual matter, it is an NDPS matter. This is an open-ended circular that you have come up with. There is to be some timeline to proceed departmentally and for taking action against the erring officials. Where is that assurance in the affidavit that there will be timelines for the officials to act and if they fail to do that, they will be proceeded against departmentally? And the department head should take the responsibility for this, not the additional inspector general!"
The judge then asked, "How many offenders absconding are out there today?"
When "2000" came as the response, Justice Khanwilkar remarked, "We know that, but we want you to understand the seriousness".
The Advocate General then assured the bench that the needful shall be done as regards the timelines and for action against the erring official.
The bench then proceeded to dictate the following order- "We have perused the additional affidavit dated 13.05.2022 filed by the Sarabjit Singh, PPS, Assistant Inspector General of Police, Litigation, Bureau of Investigation, Punjab, Chandigarh.
The affidavit refers to the office order(s) issued by the Director General of Police.
"Assurance is given by the Advocate General on behalf of the respondent-State that all essential steps will be taken to ensure that the absconding offenders/accused persons are brought to book within a reasonable time and failing which the Officer, who is made personally liable in terms of the order shall be proceeded with departmentally for the acts of commission and omission. Accordingly, we post these matters on 12.07.2022. Further status report be filed well-in-advance"
Earlier, on May 9, the bench Court had reprimanded the state for seeking further time in the matter. Justice Khanwilkar had said to Mr. Sidhu, "What action has been taken at the highest level? On every date, you ask for four weeks. All the absconders are NDPS accused! It is a serious matter! Change of the government does not mean the police have been changed. This is a very lame excuse that you are giving. Every time a new counsel is appearing! Mr. Advocate General, we will give you time. Since you are appearing, we understand the state has realised the urgency and sensitivity of the matter. We will have it next week. There has to be positive action including against the officials who did not take any action. Otherwise, things will never proceed. The number is staggering! This is not an ordinary offence but a peculiar offence affecting the entire society as a whole!"
On May 9, the bench had recorded in its order, "By way of indulgence, we defer the hearing of this matter till 17th May, 2022 with a sanguine hope that Mr. Anmol Rattan Sidhu, Advocate General, will be able to impress upon all concerned about the urgency of the matter and the need to act in right earnest".
Case Title: PARAMJIT SINGH v. THE STATE OF PUNJAB