'What The Court Says, And How It Says It, Is Equally Important As What It Decides': Supreme Court Explains Purpose & Importance Of Judgment 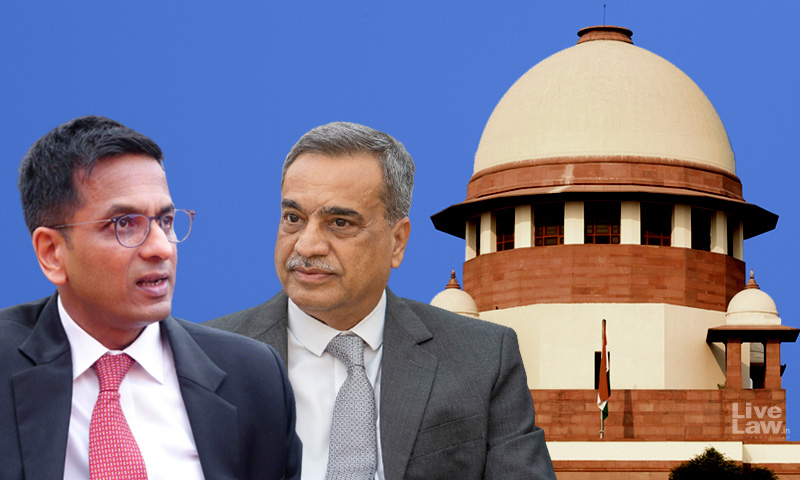 The Supreme Court, while setting aside a High Court order that granted bail to a murder accused, explained the 'importance of judgment; purpose of judgment and what should be contained in the judgment'.The court said that a judgment should have a clarity, both on facts and law and on submissions, findings, reasoning's and the ultimate relief granted. What the court says, and how it says it,...

The Supreme Court, while setting aside a High Court order that granted bail to a murder accused, explained the 'importance of judgment; purpose of judgment and what should be contained in the judgment'.

The court said that a judgment should have a clarity, both on facts and law and on submissions, findings, reasoning's and the ultimate relief granted. What the court says, and how it says it, is equally important as what the court decides, the bench of Justices DY Chandrachud and MR Shah observed.

The court said it has come across many judgments which lack clarity on facts, reasoning and the findings. "Many a times it is very difficult to appreciate what the learned judge wants to convey through the judgment and because of that, matters are required to be remanded for fresh consideration.", the bench observed.

The following observations have been made while allowing an appeal filed by widow of deceased against the Allahabad High Court order granting bail pending appeal to murder accused.

"Judgment" means a judicial opinion which tells the story of the case; what the case is about; how the court is resolving the case and why, the court said.

Referring to speech made by Roslyn Atkinson, J., Supreme Court of Queensland, the court noted that there are four purposes for any judgment that is written:

i) to spell out judges own thoughts;

ii) to explain your decision to the parties;

iii) to communicate the reasons for the decision to the public;

iv) to provide reasons for an appeal court to consider

It is not adequate that a decision is accurate, it must also be reasonable, logical and easily comprehensible. The judicial opinion is to be written in such a way that it elucidates in a convincing manner and proves the fact that the verdict is righteous and judicious. What the court says, and how it says it, is equally important as what the court decides.

What should be contained in the judgment?

The court added that every judgment should contain four basic elements

(i) statement of material (relevant) facts,

(iii) deliberation to reach at decision and

(iv) the ratio or conclusive decision.

Judgment should be coherent, systematic and logically organised.

It should enable the reader to trace the fact to a logical conclusion on the basis of legal principles. It is pertinent to examine the important elements in a judgment in order to fully understand the art of reading a judgment. In the Path of Law, Holmes J. has stressed the insentient factors that persuade a judge. A judgment has to formulate findings of fact, it has to decide what the relevant principles of law are, and it has to apply those legal principles to the facts. The important elements of a judgment are: i) caption ii) Case number and citation iii) Facts iv) Issues v) Summary of arguments by both the parties vi) Application of law vii) Final conclusive verdict

Quality can never be sacrificed for quantity

The judgment replicates the individuality of the judge and therefore it is indispensable that it should be written with care and caution. The reasoning in the judgment should be intelligible and logical. Clarity and precision should be the goal. All conclusions should be supported by reasons duly recorded. The findings and directions should be precise and specific. Writing judgments is an art, though it involves skilful application of law and logic. We are conscious of the fact that the judges may be overburdened with the pending cases and the arrears, but at the same time, quality can never be sacrificed for quantity. Unless judgment is not in a precise manner, it would not have a sweeping impact. There are some judgments that eventually get overruled because of lack of clarity. Therefore, whenever a judgment is written, it should have clarity on facts; on submissions made on behalf of the rival parties; discussion on law points and thereafter reasoning and thereafter the ultimate conclusion and the findings and thereafter the operative portion of the order. There must be a clarity on the final relief granted. A party to the  litigation must know what actually he has got by way of final relief. The aforesaid aspects are to be borne in mind while writing the judgment, which would reduce the burden of the appellate court too.

In this case, the bench, referring to the High Court order, noted that it has not considered the seriousness of the offence and the gravity of the accusation against the accused and their antecedents and conduct by giving threats to the witnesses during trial and even thereafter.

"We are at pains to note that the order granting bail to the accused pending appeal lacks total clarity on which part of the judgment and order can be said to be submissions and which part can be said to be the findings/reasonings. It does not even reflect the submissions on behalf the Public Prosecutor opposing the bail pending appeal. A detailed counter affidavit was filed on behalf of the State opposing the bail pending appeal which has not been even referred to by the High Court. The manner in which the High Court has disposed of the application under Section 389 Cr.P.C. and has disposed of the application for bail pending appeal cannot be approved. It is very unfortunate that by this judgment, we are required to observe the importance of judgment; purpose of judgment and what should be contained in the judgment.", the court observed.