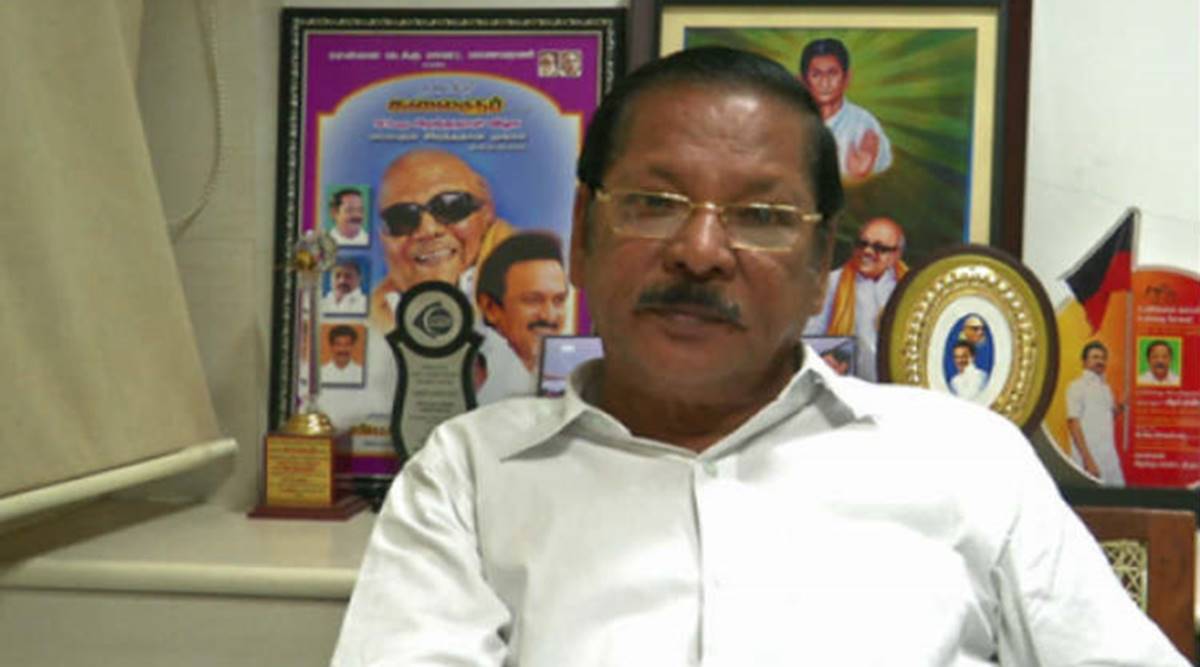 The Supreme Court on Friday issued notice on a plea filed by a DMK leader and Rajya Sabha MP R S Bharathi challenging a Madras High Court's refusal to quash a chargesheet filed against him under the SC/ST Prevention of Atrocities Act over a speech made by him.A division bench comprising Justices L Nageswara Rao and S Ravindra Bhat posted the matter after two weeks.When the matter was...

The Supreme Court on Friday issued notice on a plea filed by a DMK leader and Rajya Sabha MP R S Bharathi challenging a Madras High Court's refusal to quash a chargesheet filed against him under the SC/ST Prevention of Atrocities Act over a speech made by him.

When the matter was taken, Justice Rao asked Senior Advocate Kapil Sibal, who was representing Bharati, "Why is your client insulting judges?".

The judge's query was seemingly in reference to certain remarks allegedly made by Bharati that Dalits were made judges only because of DMK. Sibal replied that there is a separate contempt of court proceeding pending with respect to such remarks.

"What is this first line?", Justice Rao asked Sibal with a smile.

Sibal said that the remarks were against Brahmins and hence cannot be brought under the SC/ST Act.

When Sibal pressed for a stay of the proceedings, the bench asked what the stage of proceedings was.

On being informed that the trial was at the stage of framing of charges, the bench said that interim order was not necessary. The bench said that it will post the matter after two weeks and that no irreversible damage is going to happen with the next few days.

Arguments in the petition

The petition stated that at a meeting organised by the leaders of Dravida Munnetra Kazhagam in the name of 'Kalaignar Vasagar Vattam' to share the ideals of the DMK party, the Petitioner spoke for more than 45 minutes and addressed the crowd about the genesis of the party and its achievements and also mentioned the Dravidian Movement and how it has improved the lives of members of the SC/ST and other downtrodden and backward communities. However, some of the Petitioner's statements were picked out of context by the Complainant and a complaint was registered against the Petitioner under Sections 3(1)(u) and 3(1)(v) of the Scheduled Castes and the Scheduled Tribes (Prevention of Atrocities) Act, 1989, and multiple FIRs were registered regarding the same incident.

The alleged offending portion of the speech was:

"..I am openly telling you not even one Harijan has become a High Court Judge in Northern States specially in Madhya Pradesh. But in Tamil Nadu when Kalaignar came to power, he got Varadharajan appointed as a High Court Judge. Afterwards, if 7-8 people belonging to Adi Dravida Community became judges, it was because of the alms of the Dravidian movement..."

However, in the present case, the statements made by the Petitioner not at all promote feelings of enmity, hatred or ill-will against members of the Scheduled Castes or Scheduled Tribes. In fact, the Petitioner merely stated the historical fact that the Dravidian Progressive Movement, with which the petitioner is involved since 1960s, improved and uplifted the lives of members of SC, ST and downtrodden communities in Tamil Nadu.

The plea has stated that the High Court failed to appreciate that the complaint filed was actuated with malafide and the Complainant has vested interests which are politically motivated, as it was brought at the behest of members of the ruling party, as is evident from the fact that the Complainant belongs to AIADMK, while the Petitioner is a well- known leader of DMK, the main opposition party.

Further, the plea has stated that the High Court also failed to appreciate that the present proceedings fall squarely under points (1) and (7) set out by the Supreme Court in the case of State of Haryana V. Bhajan Lal, as no prima facie case is made out against the Petitioner and the complaint having been actuated by malafide, the same should have been quashed.

The petition has been filed through Advocate Amit Anand Tiwari.