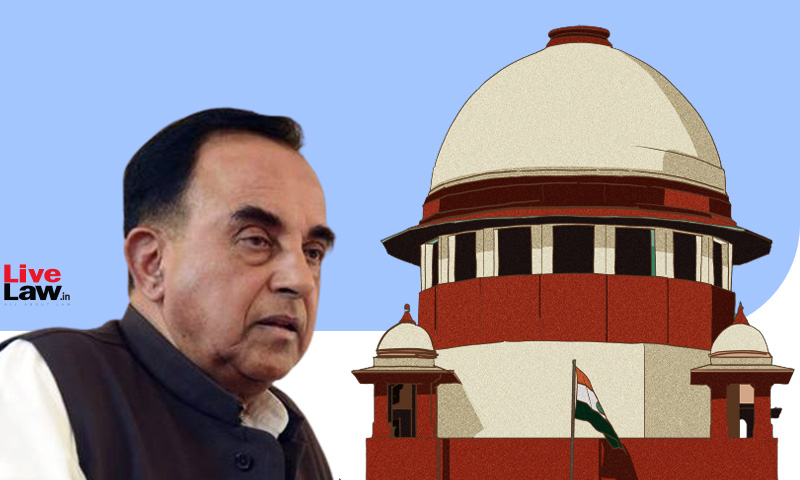 As the matter was mentioned before the Bench led by Justice D.Y. Chandrachud, he informed Mr. Swamy that he would consult with the other members of the concerned Bench and take a call as to when the matter can be next listed.

"I will discuss it with my Ld brother and see when we can list it."

Earlier, the same day, when Mr. Swamy had approached the Bench led by the Chief Justice of India, N.V. Ramana seeking early listing, he was asked to mention it before Justice Chandrachud.

Ram Setu, is a bridge which is a chain of limestone shoals, off the south-eastern coast of Tamil Nadu. It runs from Pamban Island near Rameshwaram in South India to Mannar Island, off the northern coast of Sri Lanka. The bridge is mentioned in the epic Ramayana to have been constructed by Lord Ram to reach Sri Lanka to rescue Sita.

The Supreme Court had in January 2020 observed that it will consider Dr Swamy's Ram Sethu plea, but had asked him to mention it after three months owing to the pendency of cases before it. Thereafter, the matter was mentioned a number of times, the last being on 13th July, when the Bench led by CJI Ramana had agreed to list it on 26.07.2022.

Swamy had submitted before the Supreme Court that a meeting was called in 2017 by the Union Minister to consider his demand but nothing had happened after that.

The issue of declaring Ram Setu as a National Heritage monument was raised by Dr Swamy, in his plea filed in 2007 against Sethusamudram Ship Channel project for protection of Ram Setu and a stay was granted by the Apex Court on the project's work over Ram Sethu.

Under the Sethusamudram project, an 83-km-long deep water channel was to be created, linking Mannar with Palk Strait, by extensive dredging and removal of the limestone shoals which constitute the mythological Sethu.