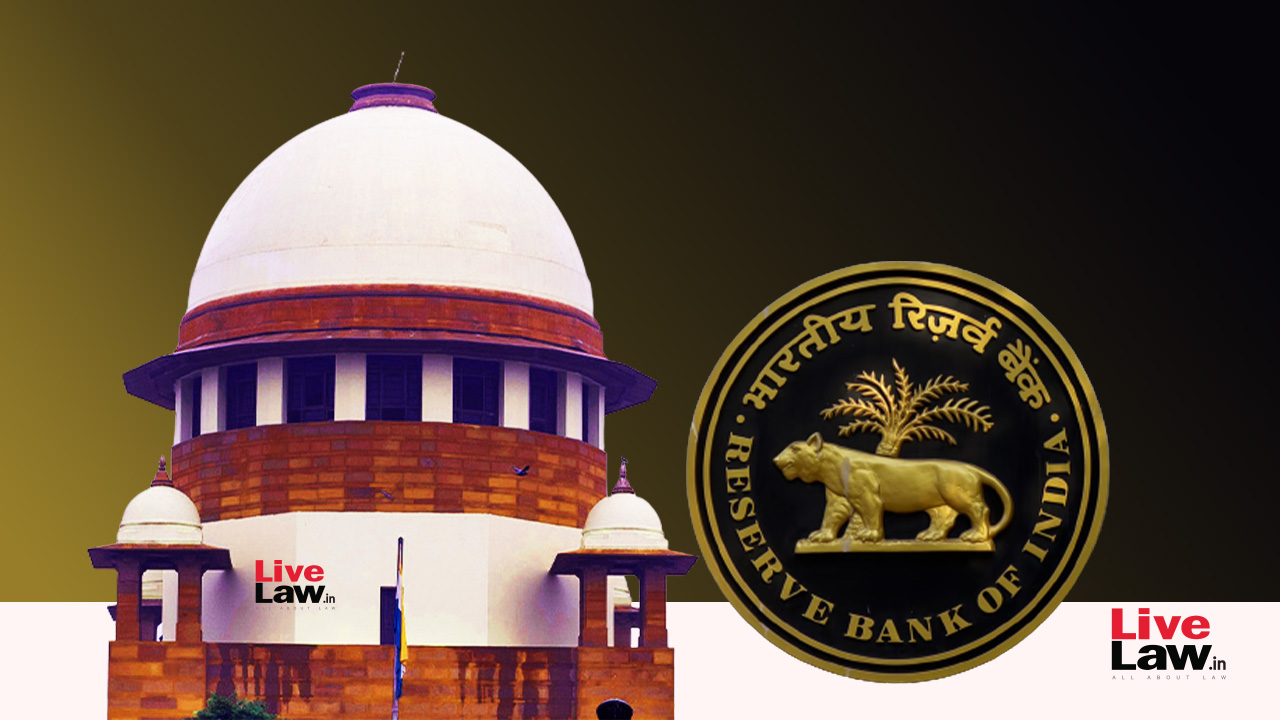 The Supreme Court recently ordered that the stay granted by the Bombay High Court against the Reserve Bank of India's order cancelling the license granted to Rupee Co-Op Bank will stand restricted till October 31, 2022.

The Top Court also directed that the appellate authority under Section 22(5) of the Banking Regulation Act 1949 shall take up the appeal for final disposal on 17 October 2022 and complete the disposal of the appeal on or before 31 October 2022;

The bench comprising of Justice D. Y. Chandrachud and Justice Hima Kohli was considering a special leave petition filed by the Reserve Bank of India challenging the order issued by the High Court of Bombay.
BACKGROUND OF THE CASE
The Reserve Bank of India had on 8th August issued an order cancelling the licence issued to the Rupee Co-Op Bank to carry on business under Section 22 of the Banking Regulation Act, 1949. RBI had recorded that the Bank's financial continued to be precarious. The gross NPA were as high as 98.44% as on 31st March 2021 and the erosion in deposit was assessed at 41.49% as on 31st March 2021 whereas net worth was (–) 537.97 crores.
The order of cancellation issued by the Reserve Bank was challenged before the appellate authority whereby the appellate authority by an order dated 19th September 2022 declined to stay the operation of the order. The order of the appellate authority was challenged before the High Court of Bombay which suspended the operation of the order of the Reserve Bank by an order dated 22nd September 2022. The High Court ordered that the stay will remain in operation till the appeal is decided and further directed that he appeal shall be disposed of"positively on 17 October 2022 in accordance with law. This order came to be assailed before the Supreme Court
SUBMISSIONS BEFORE THE SUPREME COURT
The Solicitor General Tushar Mehta appearing for RBI challenged the correctness of the order of the High Court on the ground that the High Court stayed the operation of the order of the RBI only on the ground of statutory appeal being filed by the Respondent Bank before the appellate authority and unless the order is suspended till the appeal is disposed off, the appeal so filed would be rendered infructuous. It was also submitted by the Solicitor General that the order of RBI cancelling the licence was a reasoned order and indicated that the NPA of the bank were 98.44% as on 31st March 2021.
Contending the claims of the RBI, counsel appearing for Rupee Co-Op Bank submitted before the court that the bank and Board of Administrators were protected by an order passed by the High Court dated 12th September 2017 which directed that if RBI passes any order adverse to the Respondent Bank or Board of Administrators, it shall not be implemented for a period of 6 weeks and since that order of September 2017 continued to be in operation until the order of cancellation, therefore the order of the High Court need not be interfered with. It was also submitted to the Supreme Court that the Board of Administrators is in-charge of the bank and the bank has been restrained from performing any banking transactions except to pursue recoveries.
The bench upon hearing both the parties observed that there is substance in the submissions of the Solicitor General as the High Court had not found any prima facie fault with the order of RBI or in the order of the appellate authority declining to stay the order of cancellation. However, the bench continued the order of stay till 31st October and directed the appellate authority to take up the appeal for final disposal on 17th October 2022 and complete the disposal on or before 31st October.
Case Title: Reserve Bank of India vs Rupee Co-Op Bank Ltd. – SLP No. 17407/2022