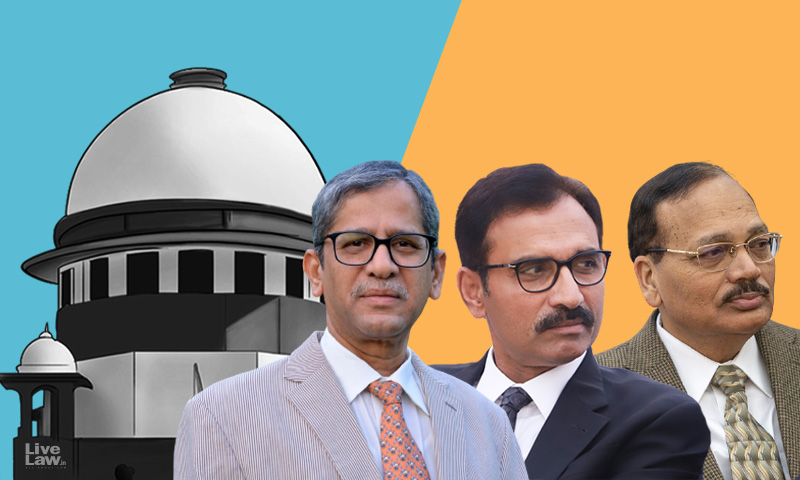 Update at 3 PM on September 25 : Supreme Court uploads the order recalling suo motu limitation extension w.e.f October 2, 2021. Detailed report may be read here.Supreme Court Recalls Suo Motu Extension Of Limitation With Effect From October 2; Period From 15.03.2020 To 02.10.2021 Stands Excluded From Computing Limitation The Supreme Court on Thursday said that it will recall the suo motu order...

Supreme Court Recalls Suo Motu Extension Of Limitation With Effect From October 2; Period From 15.03.2020 To 02.10.2021 Stands Excluded From Computing Limitation

The Supreme Court on Thursday said that it will recall the suo motu order of April 27, 2021, which had extended with effect from March 14, 2021 the limitation period for filing of cases in view of the COVID second wave.

A bench comprising Chief Justice of India NV Ramana, Justices L Nageswara Rao and Surya Kant made these observations in the suo motu case In Re Cognizance For Extension of Limitation.

"I think we can lift the order", the Chief Justice of India told the Attorney General for India KK Venugopal today at the outset.

The Attorney General agreed to the suggestion, saying that normalcy has now returned and there are no containment zones in the country to his knowledge. The AG suggested that the order of March 8, 2021(which had recalled the suo motu extension of limitation ordered on March 23, 2020) could be restored.

He submitted that instead of giving a 90 days period uniformly, the buffer period must be as per the limitation period fixed by the statute.

Advocate Shivaji Jadhav, the President of the Supreme Court Advocates-on-Record Association, prayed that the limitation extension be kept in force till the end of this year, as there is a threat of third wave.

The bench rejected this prayer. "If there is a third wave, we will see", the bench said.

"We will pass orders", the CJI said after hearing the counsels.

The Supreme Court had passed an order on March 23, 2020, directing that the period of limitation in all such proceedings, irrespective of the limitation prescribed under the general law or Special Laws whether condonable or not stood extended w.e.f. 15th March 2020 till further order/s on account of the COVID-19 pandemic.

Thereafter, noticing that the country was returning to normalcy, the extension of limitation brought to an end by order dated March 8, 2021.

However, taking into account the surge of COVID cases during the second wave, the Supreme Court on April 27 restored the first order(passed on March 23, 2020), and extended the limitation period with effect from March 14, 2021 until further orders.

Two weeks back, the Election Commission of India filed an application seeking modification of the limitation extension as far as election petitions are concerned, saying that it was difficult to preserve the EVMs and election papers indefinitely. While considering that application, the Supreme Court said on September 9 that it will consider recalling the suo motu order with respect to all cases, and not just election petitions, as the COVID situation has improved across the country.