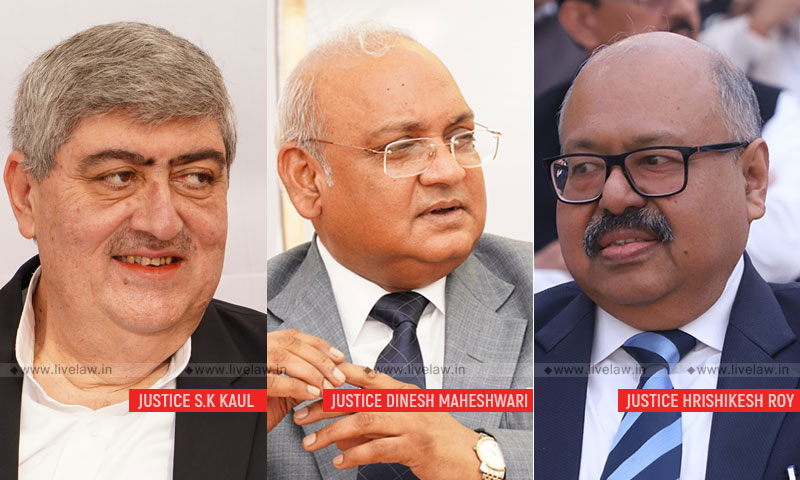 x
The High Court had passed the directions in a suo-moto PIL based on a letter petition about destruction of migrants' huts.

The Supreme Court on February 4 stayed an order passed by the Karnataka High Court, by which it had directed the state government to reconstruct at its own cost the huts/shanties of migrant workers in Bengaluru, which were burnt down near the Kachakaranahalli slum in Bengaluru East, by unknown miscreants, when the occupants had left for their native places after the announcement of...

The Supreme Court on February 4 stayed an order passed by the Karnataka High Court, by which it had directed the state government to reconstruct at its own cost the huts/shanties of migrant workers in Bengaluru, which were burnt down near the Kachakaranahalli slum in Bengaluru East, by unknown miscreants, when the occupants had left for their native places after the announcement of the lockdown.

A bench comprising Justices SK Kaul, Dinesh Maheshwari and Hrishikesh Roy of the apex court, while issuing notice on the special leave petition filed by the State of Karnataka against the High Court order, said:

"In the meantime, the directions contained in the impugned order at paragraph 26 (ii), (iii) and (v) are stayed."

Further, it was directed that as far as possible, the reconstructed structures shall be made at the same place where the destructed structures were in existence. Immediately after completion of the construction, the respective houses shall be allotted to the affected families by the State Government.

Since the directions were issued on a suo-moto PIL registered by the High Court, High Court of Karnataka is the first respondent in the special leave petition filed by the State of Karnataka.

The State Government argued in its SLP that the land in question was undisputedly a government land, with respect to which notifications for slum clearance were already issued. It was further submitted that an alternate plot of 4 acres was identified for the rehabilitation of Kachakaranahalli slum dwellers.

Despite these facts, the High Court ordered the re-construction of huts at the very same land at the cost of the government, the SLP stated.

The High Court had taken suo moto notice of the case on the basis of a letter petition regarding the burning down of the huts of migrants when they had left to their native places during the lockdown.

As per information given to the court, when the said hutments were burnt, no one was occupying the same and it is reported that after 24th March 2020, (National lockdown) the occupants had moved to Kalaburagi. On 1st May 2020, a First Information Report was registered about the incident at the instance of another person staying in the remaining hutments.

The High Court had said "The State government remained passive for a long time and made no effort in order to take action against miscreants who destroyed the structures/huts. Houses were erected on lands vested with the state government, therefore in our view prima facie, the state failed to uphold Fundamental Rights, governed under Article 21 of Constitution."

The bench relied on the Supreme Court order in the case of Chameli Singh vs State Of U.P and noted that: "Right to shelter guaranteed by Article 21 of Constitution of India of these families who were staying in the huts was clearly violated". It added "State was duty bound to protect the Right to shelter available to affected families guaranteed under Article 21 of the Constitution."

The High Court had also clarified that the reconstruction of huts will not create any equity in favour of the families to whom the said structures are allotted. If theoriginal structures constructed by them were illegal andconstituted encroachment on the Government land, the authorities concerned are free to take action of removal ofthe reconstructed structures subject to the right for rehabilitation of the occupants, the HC had added.

On June 24 2020, the High Court had directed the State Government to pay compensation and rehabilitate the migrant workers whose huts were burnt down.

In January last year, the High Court had come down heavily on the Bruhat Bengaluru Mahanagara Palike authorities and police for demolition sheds of migrant workers alleging that they were illegal Bangladeshi migrants, when they were actually Bengali-speaking Indians.