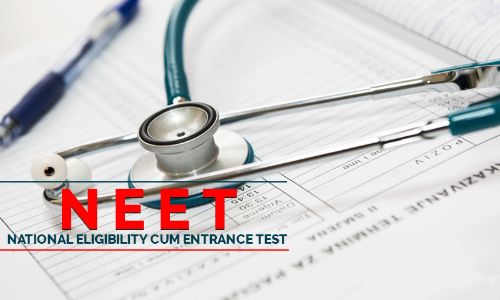 The Supreme Court on Monday refused to entertain a petition filed by a group of students taking the CBSE Private, Patracahr and Compartment exams for Class 12 seeking to defer the NEET-UG 2021 exam, which is scheduled to start from September 12.The Court however said that the petitioners will be at liberty to make a representation before the authorities raising their grievances.A Bench...

The Supreme Court on Monday refused to entertain a petition filed by a group of students taking the CBSE Private, Patracahr and Compartment exams for Class 12 seeking to defer the NEET-UG 2021 exam, which is scheduled to start from September 12.

The Court however said that the petitioners will be at liberty to make a representation before the authorities raising their grievances.

A Bench comprising Justice AM Khanwilkar, Justice Hrishikesh Roy and Justice CT Ravikumar orally said that the Court cannot meddle with the examination schedule citing the inconvenience of a section of students.

"These students should burn the midnight oil and prepare. How much can we intervene as a court?Our indulgence means we are causing strain and pain to so many students. If authority wants to do on its own it's for them to decide. Please don't use our platform to push them", the bench orally said.

The bench orally said that it does not want to create uncertainty in the minds of the candidates by interfering with the exam schedule.  The bench observed that merely 1% students will be appearing for the improvisation exam and the entire NEET schedule can't be changed for their sake.

After hearing the arguments of Advocate Shoeb Alam for the petitioners, the bench passed the following order :

"The relief claimed is to quash public notice issued scheduling NEET UG 2021 on 12th September. For reasons canvassed by petitioners' counsel we are not impressed nor willing to show any indulgence to petitioners or allow them to invoke remedy under Article 32.

If petitioners so desire, they are free to make representations to competent authority who may consider it on its own merits at earliest. Beyond this we make it clear we haven't expressed any opinion on several opinions canvassed".

The petitioners' counsel Advocate Shoeb Alam sought deferment of NEET examination saying that there's broad overlapping of dates.  In response to Bench's observation that only 1% candidates go for improvisation, Mr Alam said there are around 25000 students who will take improvement and compartment exams and will appear in NEET Exam.

"I'm only asking for simple deferment. I'm not asking for cancellation, only a short accommodation" Alam stated.

"These students after one and a half years will appear in these pen and paper exams. A barrage of exams are taking place in small window of 1 week- 15 days" Alam said.

He added that while time granted to students is reduced to one minute per question, the students are also required to go through all 200 questions to make a conscious choice as to which 180 questions are to be attempted.

When the bench expressed disinclination to entertain the matter, Alam pointed out that the authorities have adjourned the JEE session 4. The bench said that if the authorities are deferring the exam on their own, they can do it but the court cannot compel them to do so.

At this point, Alam requested the bench to at least allow the petitioners to make a representation.

The Solicitor General of India Tushar Mehta submitted that elaborate preparations have already been made for the exam, and most candidates have already made travel arrangements.

The bench said that the only relief it can grant is to permit the petitioners to make a representation.

On the last occasion, the NTA had told the Supreme Court that the non-declaration of results of CBSE Private, Compartment and Patrachar exams for Class XII will not stop the students from appearing in the NEET UG exam, and results will only be required during the counselling.

The present plea filed through Advocate Sumanth Nookala has sought quashing of public notice scheduling NEET UG-2021 on 12.09.2021 as being manifestly arbitrary and in violation of Article 14 of the Constitution of India. (Sanjana & Ors vs National Testing Agency & Ors).

The petitioners have argued that NEET UG's schedule clearly hampers a segment of applicants. The petition has further argued that while authorities have provided relief to similarly placed JEE Mains aspirants by rescheduling 4th Session of Exam, no such accommodation has been extended to NEET UG applicants despite repeated requests through various modes.

The plea has challenged the scheduling of NEET UG21 amidst CBSE Board Exams from 25th August to 15th September, the dates of which was recorded by Supreme Court in its order passed in the writ petition filed regarding cancellation of class XII written exams. (Mamta Sharma vs CBSE & ors)

Further, the petitioners have stated that in the same case the Court had also noted that the exams for private candidates will be conducted by CBSE between 15.08.2021 to 15.09.2021 and the results would be declared at the earliest so that even these students would be in a position to pursue their further education, if they so desire.

According to the petitioners, though a tentative date for private candidates and improvement candidates was in public domain, the respondents failed to take cognizance of the same before scheduling NEETUG21 on 12th September and acted contrary to the top Court's order.

"It is common knowledge that attempt at an exam is not mere attendance and such hectic schedule of exams cannot be said to be a fair opportunity. This assumes importance as NEET UG21 is held only once a year." the plea has argued