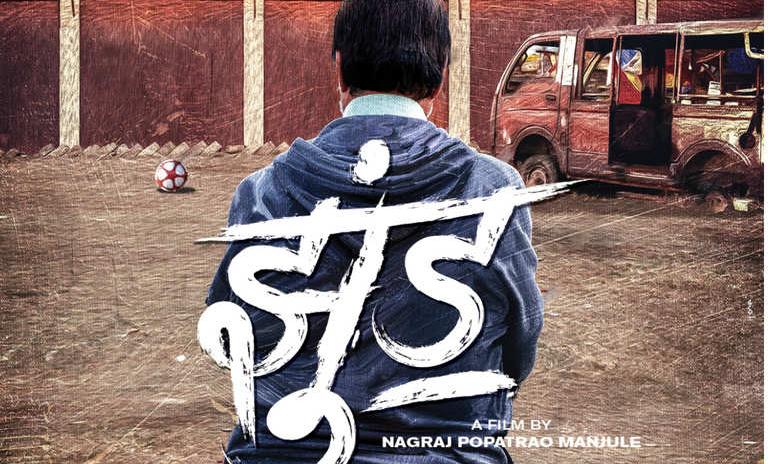 The Supreme Court on Wednesday refused to lift the stay imposed by the Civil Court as well as the Telangana High Court on the release of the movie "JHUND" which stars Bollywood actor Amitabh Bachchan.A Bench headed by Chief Justice of India SA Bobde dismissed the special leave petition filed by Producer of the movie, Super Cassettes, which challenged the October 19 judgement of a...

The Supreme Court on Wednesday refused to lift the stay imposed by the Civil Court as well as the Telangana High Court on the release of the movie "JHUND" which stars Bollywood actor Amitabh Bachchan.

A Bench headed by Chief Justice of India SA Bobde dismissed the special leave petition filed by Producer of the movie, Super Cassettes, which challenged the October 19 judgement of a Division Bench of the Telangana High Court wherein the Petitioner's Appeal against the Order dated 17 September of the Trial Court had been dismissed.

"We are asking the trial to be decided in 6 months. We can't dispose it of before that, even if we grant you leave", said the CJI.

To this, Dhond responded that the film would be "useless" by then and that he was willing to pay the person in question Rs. 1.3 crores – "A settlement agreement of 1.3 crores was signed in the presence of the notary. Now they are not adhering to it. Please hear this matter on merits".

However, the Court declined to hear the case and merits, dismissed the same.

The Trial Court, on 17 September, had restrained the Petitioner (Original Defendant) "from exhibiting or broadcasting the movie "JHUND" starring Respondent No. 12/Defendant No. 12 in Hindi Language from all theatres in India as well as abroad till further orders". This was upheld by a Division Bench of the Telangana High Court on October 19. Consequently, the instant Appeal was filed before the Supreme Court.

It was contended in the appeal that the movie was inspired by the real story of a football coach, Vijay Barse, "who spotted a group of slum children playing football. Spotting talent and potential in them, Mr. Barse took them under his wing and coached them. His coaching and tutelage gave them a sense of self-worth and inspired them to give up the life of petty crime that they were engaged in and focus on football".

It is stated that, under the coaching of Barse, the children "melded into a great football team that went to represent India at the 'Homeless World Cup' held in Rio de Janeiro, Brazil". The team was led by Akhilesh Paul, who was interviewed by Aamir Khan on his show "Satyameva Jayate".

The plea submitted that, despite being a "coach-centric" movie wherein any scope of potential legal issues has been avoided by deliberately fictionalizing the character of the team captain, the High Court and the Trial Court "granted an injunction on the release of the film, on a manifestly erroneous assumption that there is an infringement of copyright in the life story of Mr. Paul (the team captain)".

It goes on to aver that the lower Courts have "turned settled law of copyright (including the locus classicus decision of this [Supreme Court] in 'RG Anand v. Deluxe Films') on its head and created a species of copyright unknown to law".

"Copyright is concerned with the 'form' in which ideas are portrayed. General concepts/ideas/real life incidents are, per se and ipso facto, not capable of copyright protection. Human lives and real-life events are more often than not inter-connected. A third person who purchases 'true life story events' of the life of one person cannot prohibit others from making a film inspired by the life of a different person, merely because, at some point/place, the lives of the two persons converged or met".

By raising the aforementioned issue, the appeal brought to the fore the question of law – "Are true life events of a real person which are already in the public domain, property which can be bought or sold?".