'How Can He Be Trusted?': Supreme Court Rejects Candidature For Police Constable Post For Suppressing Criminal Case 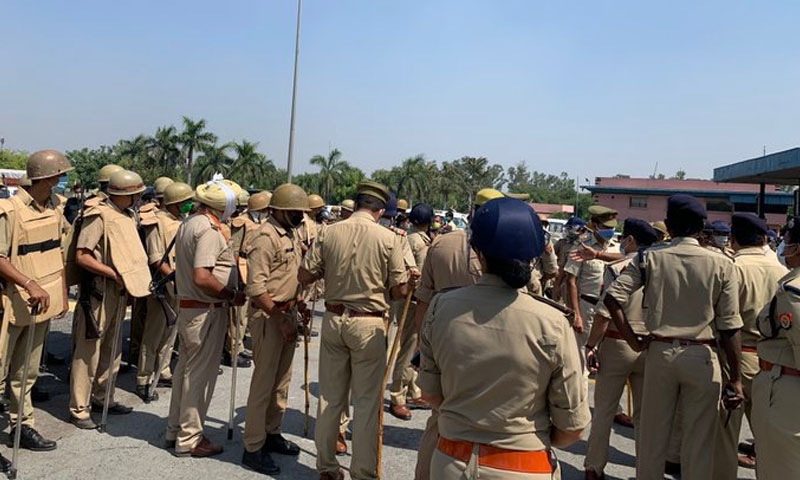 The Supreme Court recently approved the rejection of the candidture of a person for the post of police constable for suppressing the pendency of a criminal case against him.

Criticising this approach, the Supreme Court observed : "The question is not whether the offences were trivial in nature or not. The question is one of suppression of material fact by the original writ petitioner in respect of his criminal antecedents and making a false statement in the application form".

"If in the beginning itself, he has suppressed the material fact in respect to his criminal antecedents and in fact made an incorrect statement, how can he be appointed as a constable. How can he be trusted thereafter in future? How it is expected that thereafter he will perform his duty honestly and with integrity?", the Supreme Court observed further.

The Court reiterated that the duty of the constable is to maintain law and order and thus he is expected to be honest, trustworthy and should have his integrity above board.

While allowing the State's appeal the bench said,

"The post on which the writ petitioner is seeking the appointment is the post of constable. It cannot be disputed that the duty of the constable is to maintain law and order. Therefore, it is expected that he should be honest, trustworthy and that his integrity is above board and that he is reliable. An employee in the uniformed service presupposes a higher level of integrity as such a person is expected to uphold the law and on the contrary any act in deceit and subterfuge cannot be tolerated. In the present case the original writ petitioner has not confirmed the above expectations/ requirements. He suppressed the material facts of his criminal antecedents. He did not disclose in the application form that against him a criminal case/FIR is pending. On the contrary, in the application form, he made a false statement that he is not facing any criminal case. Therefore, due to the aforesaid suppression, his candidature came to be rejected by the appropriate authority. Despite the above, the learned Single Judge allowed the writ petitioner and directed the State to consider the case of the original writ petition for appointment as a constable mainly on the ground that the offenses were trivial in nature and the suppression of such offenses should have been ignored. The same has been confirmed by the Division Bench."

In the present matter, on April 7, 2008, Director General of Police Rajasthan, Jaipur had issued letter for recruitment to 4684 vacant posts of Constable (General), Constable (Operator), Constable (Driver) and Constable (Band) in different Districts/Battalions/Units of Rajasthan Police.

As per 2008 Recruitment Notification, all interested candidates were required to qualify the written test, physical efficiency test, proficiency test, special qualification test and an interview for securing appointment for different posts of constable and paragraph 9(e) of the said notification imposed a mandate on the candidates to fill in the correct information in their application forms. It had provided that if the information disclosed in the application form was found to be wrong and incomplete, such an application form was liable to be rejected at any stage of the selection process.

The respondent ("Chetan Jeff") applied for the post, had categorically stated that there were no criminal antecedents against him and also cleared the written test as well as the physical test. However respondent's candidature was rejected pursuant to the information made by Superintendent of Police, District Sikar informed the Superintendent of Police, Hanumangarh with regards to pendency of criminal case against the respondent.

Aggrieved with the rejection, the respondent approached the High Court. On the ground that the Parties failed to place any material on record to show that the Respondent suppressed the information with respect to the criminal antecedents in the column 15 of the said Job Application Form dated 26.04.2008, the Single Judge allowed his petition and directed the State to consider the case of the original writ petitioner for the post of Constable.

The order of Single Judge was affirmed by the division bench against which the State appealed before the Top Court.

For the State, Senior Advocate Manish Singhvi submitted that considering the criminal antecedents which were suppressed by the original writ petitioner, both the learned Single Judge as well as the Division Bench had committed a grave error in directing the State to consider the case of the petitioner for appointment as a constable. He further contended that the post of Constable whose duty was to maintain law and order, first of all should be honest and that a candidate who, at the initial stage and before even getting the appointment as a constable had suppressed the material facts of having criminal antecedents and he had made a false statement in the application form could be appointed as a Constable.

Advocate RK Shukla for the respondent submitted that the offences against the respondent were trivial in nature and he was acquitted and in one case he had been granted the benefit of Probation of Offenders Act. He also argued that the learned Single Judge as well as the Division Bench of the High Court have rightly directed the State to consider the case of the original writ petitioner for the post of Constable.

"Applying the law laid down by this Court in the aforesaid cases, it cannot be said that the authority committed any error in rejecting the candidature of the original writ petitioner for the post of constable in the instant case.

Even otherwise it is required to be noted that subsequently and during the proceedings before the learned Single Judge as well as the Division Bench, there are three to four other FIRs filed against the original writ petitioner culminating into criminal trials and in two cases he has been acquitted on the ground of compromise and in one case though convicted, he has been granted the benefit of Probation of Offenders Act. One more criminal case is pending against him. Therefore, the original writ petitioner cannot be appointed to such a post of constable."