There Is No Per Se Bar To Grant Relief Of Interest On Refund To A Subsequent Purchaser Of Flat: Supreme Court 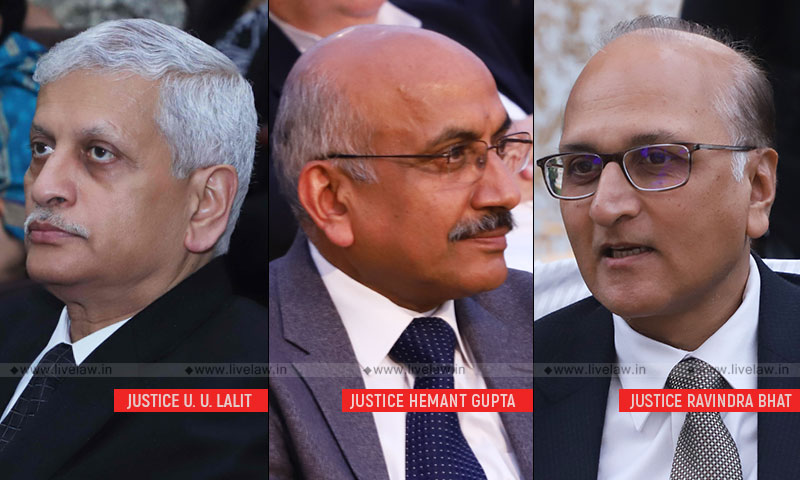 The Supreme Court observed that there is no per se bar to grant relief of interest on refund to a subsequent purchaser of flat.

It cannot be said that a subsequent purchaser who steps into the shoes of an original allottee of a housing project in which the builder has not honoured its commitment to deliver the flat within a stipulated time, cannot expect any even reasonable time, for the performance of the builder's obligation, the bench of Justices Uday Umesh Lalit, Hemant Gupta and S. Ravindra Bhat observed.

The three judge bench also observed that per se bar to the relief of interest on refund, enunciated by the decision in HUDA v. Raje Ram which was applied in Wing Commander Arifur Rahman Khan and Anr. v. DLF Southern Homes Pvt. Ltd., cannot be considered good law.

In this case, the builder challenged the NCDRC order which directed it to refund the amount deposited with it in respect of subject flat with interest @ 10% p.a. from the respective dates of deposit till the date of realisation together with the cost of ₹25,000. The builder contended that, since the complainant was not the original allottee but a subsequent purchaser, he could not claim any interest.

He relied on two Supreme Court judgments HUDA v. Raje Ram and the recent judgment of this Court in Wing Commander Arifur Rahman Khan and Anr. v. DLF Southern Homes Pvt. Ltd., in which it was observed that when the allottee in a housing project transfers his or her rights in favour of another, such a third party cannot claim equities to the same extent as the original allottee, especially as regards a claim for interest. It was contended that a subsequent purchaser is deemed to be aware of the nature of construction and the delay which occurred till the time he or she steps into the shoes of the allottee.

"An individual such as the original allottee, enters into an agreement to purchase the flat in an on-going project where delivery is promised. The terms of the agreement as well as the assurance by the builder are that the flat would be made available within a timeframe. It is commonplace that in a large number of such transactions, allottees are not able to finance the flat but seek advances and funds from banks or financial institutions, to which they mortgage the property. The mortgage pay-outs start initially after an agreed period, commencing in a span of about 15 to 24 months after the agreement. This would mean that in most cases, allottees start repaying the bank or financial institutions with instalments (mostly equated monthly instalments) towards the principal and the interest spread over a period of time, even before the flats are ready. If these facts are taken into consideration, prolongation of the project would involve serious economic repercussions upon such original allottees who are on the one hand compelled to pay instalments and, in addition, quite often -if she or he is in want of a house -also pay monthly rents. Such burdens become almost intolerable. It is at this point that an indefinite wait is impossible and allottees prefer to find purchasers who might step into their shoes. That such purchasers take over the obligations of the original allottee – either to pay the balance instalments or to wait for sometime, would not per se exclude them from the description of a consumer. All that then happens is that the consumer forum or commission – or even courts have to examine the relative equities having regard to the time frame in each case.", the bench observed.

The court further observed that the Consumer Protection Act, 1986 was conceived as a legislation to address complaints of consumers (an expression defined and interpreted widely) and provide a forum for their quick redressal . Wherever third parties have claimed relief, technicalities have been brushed aside consistently, by this court, the bench said. It added:

Thus, even after an original consumer is indemnified for a fire accident, the insurer can maintain a complaint against the carrier/service provider, and claim damages (of course along with the insured party). Likewise, absence of privity of contract is not a bar for maintaining a complaint against a service provider, by a third party who suffers an incident, which is otherwise covered by an agreement. This court has also ruled, recently that proceedings initiated by complainants and resultant actions including of the NCDRC are fully saved by provisions of the Real Estate Regulatory Authority Act,

Disagreeing with the observation made in Raje Ram (supra) which was applied in Wg. Commander Arifur Rehman (supra) , the Court observed"

In view of these considerations, this court is of the opinion that the per se bar to the relief of interest on refund, enunciated by the decision in Raje Ram (supra) which was applied in Wg. Commander Arifur Rehman (supra) cannot be considered good law. The nature and extent of relief, to which a subsequent purchaser can be entitled to, would be fact dependent. However, it cannot be said that a subsequent purchaser who steps into the shoes of an original allottee of a housing project in which the builder has not honoured its commitment to deliver the flat within a stipulated time, cannot expect any – even reasonable time, for the performance of the builder's obligation. Such a conclusion would be arbitrary, given that there may be a large number- possibly thousands of flat buyers, waiting for their promised flats or residences; they surely would be entitled to all reliefs under the Act. In such case, a purchaser who no doubt enters the picture later surely belongs to the same class. Further, the purchaser agrees to buy the flat with a reasonable expectation that delivery of possession would be in accordance within the bounds of the delayed timeline that he has knowledge of, at the time of purchase of the flat. Therefore, in the event the purchaser claims refund, on an assessment that he too can (like the original allottee) no longer wait, and face intolerable burdens, the equities would have to be moulded. It would no doubt be fair to assume that the purchaser had knowledge of the delay. However, to attribute knowledge that such delay would continue indefinitely, based on an a priori assumption, would not be justified. The equities, in the opinion of this court, can properly be moulded by directing refund of the principal amounts, with interest @ 9% per annum from the date the builder acquired knowledge of the transfer, or acknowledged it