Reprimanding A Student Would Not Tantamount To Provoking Him To Commit Suicide: Supreme Court Quashes FIR U/s 306 IPC Against A Teacher 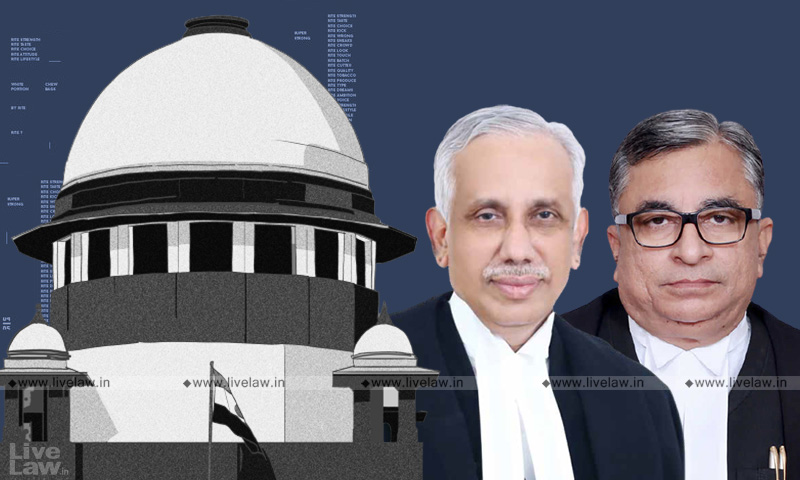 The Supreme Court observed that reprimanding a student for his indiscipline would not tantamount to provoking a student to commit suicide.

"If, a student is simply reprimanded by a teacher for an act of indiscipline and bringing the continued act of indiscipline to the notice of Principal of the institution who conveyed to the parents of the student for the purposes of school discipline and correcting a child, any student who is very emotional or sentimental commits suicide, can the said teacher be held liable for the same and charged and tried for the offence of abetment of suicide under section 306 IPC.. Our answer to the said question is 'No'.", the bench of Justices S. Abdul Nazeer and Krishna Murari observed while quashing a criminal case against a teacher.

A 14 year old boy committed suicide and in his suicide note he named his teacher. The mother of the deceased student lodged the FIR under Section 306 IPC after about 7 days of the suicide, alleging that her son committed suicide due to mental harassment meted out by the teacher. The teacher approached the High Court seeking quashing of the FIR. The said petition was dismissed by the High Court. In appeal before the Apex Court, it was contended that the allegations made in the FIR clearly spells out that accused in no manner abetted the commission of suicide by the deceased as no such material exists on record and present proceedings if allowed to continue would be nothing but an abuse of the process of law.

Referring to the Section 306 IPC and the judgments on it, the court observed:

22. What is required to constitute an alleged abetment of suicide under Section 306 IPC is there must be an allegation of either direct or indirect act of incitement to the commission of offence of suicide and mere allegations of harassment of the deceased by another person would not be sufficient in itself, unless, there are allegations of such actions on the part of the accused which compelled the commission of suicide. Further, if the person committing suicide is hypersensitive and the allegations attributed to the accused is otherwise not ordinarily expected to induce a similarly situated person to take the extreme step of committing suicide, it would be unsafe to hold the accused guilty of abetment of suicide. Thus, what is required is an examination of every case on its own facts and circumstances and keeping in consideration the surrounding circumstances as well, which may have bearing on the alleged action of the accused and the psyche of the deceased.

The court noted that the accused teacher having found the deceased boy regularly bunking classes, first reprimanded him but on account of repeated acts, brought this fact to the knowledge of the Principal, who called the parents on telephone to come to the school. "No further overt act has been attributed to the appellant either in the First Information Report or in the statement of the complainant, nor anything in this regard has been stated in the alleged suicide note. The alleged suicide note only records insofar as, the appellant is concerned, 'THANKS GEO (PTI) OF MY SCHOOL'. Thus, even the suicide note does not attribute any act or instigation on the part of the appellant to connect him with the offence for which he is being charged.", the court said. While quashing the FIR by allowing the appeal, the court observed:

39. Insofar as, the suicide note is concerned, despite our minute examination of the same, all we can say is that suicide note is rhetoric document, penned down by an immature mind. A reading of the same also suggests the hypersensitive temperament of the deceased which led him to take such an extraordinary step, as the alleged reprimand by the accused, who was his teacher, otherwise would not ordinarily induce a similarly circumstanced student to commit suicide.

The court made the following observations in the judgment:

It is not uncommon that teachers reprimand a student

27. It is a solemn duty of a teacher to instil discipline in the students. It is not uncommon that teachers reprimand a student for not being attentive or not being upto the mark in studies or for bunking classes or not attending the school. The disciplinary measures adopted by a teacher or other authorities of a school, reprimanding a student for his indiscipline, in our considered opinion, would not tantamount to provoking a student to commit suicide, unless there are repeated specific allegations of harassment and insult deliberately without any justifiable cause or reason. A simple act of reprimand of a student for his behaviour or indiscipline by a teacher, who is under moral obligations to inculcate the good qualities of a human being in a student would definitely not amount to instigation or intentionally aid to the commission of a suicide by a student.

28. 'Spare the rod and spoil the child' an old saying may have lost its relevance in present days and Corporal punishment to the child is not 15 recognised by law but that does not mean that a teacher or school authorities have to shut their eyes to any indiscipline act of a student. It is not only a moral duty of a teacher but one of the legally assigned duty under Section 24 (e) of the Right of Children to Free and Compulsory Education Act, 2009 to hold regular meetings with the parents and guardians and apprise them about the regularity in attendance, ability to learn, progress made in learning and any other act or relevant information about the child.