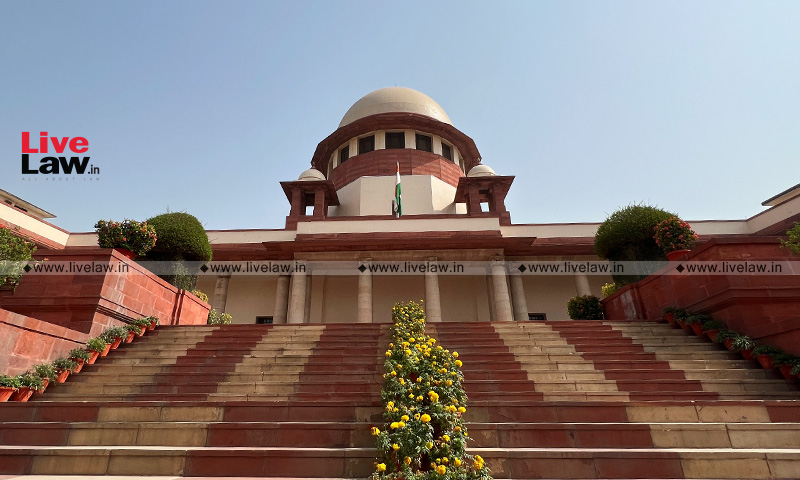 The Supreme Court on Wednesday granted relief to retired Brigadier SK Gupta against whom disciplinary proceedings have been initiated for allegedly committing misappropriation of Medical Stores while being posted as Commandant, Base Hospital, Lucknow.

Brigadier SK Gupta was found blameworthy by the Court of Inquiry of committing fraud of worth crores of rupees, with the active connivance of staff at Armed Forces Medical Stores Depot Lucknow, Base Hospital Lucknow and the vendor, concerning procurement, supply and disposal of unauthorized items of cardiac and vascular surgeries.
The vacation bench of Justices Indira Banerjee and JK Maheshwari stayed the attachment order dated December 30, 2021 as per which the Brigadier had been attached to RVC Centre and College and was required to report for attachment for completion of disciplinary proceedings.
The stay was granted by the Top Court subject to the Brigadier reporting to the Commandant, Base Hospital, Delhi Cantonment every week on Monday at 11:00 A.M.
The bench in the present matter was considering SLP assailing order dated May 12, 2021 passed by Armed Forces Tribunal. In the impugned order, the Tribunal had refused to consider the issues raised by the Brigadier and had asked him to raise the same before General Court Martial.
Appearing for the Brigadier, Senior Advocate Sanjiv Sen along with AOR Mohan Kumar, while referring to Section 123 of the Army Act which puts an embargo on the authorities to be subject to provisions of the Act after expiry of 3 years, submitted that he was not amenable to the provisions of the Act since he had retired in 2018 and the proceedings commenced in 2021.
To further substantiate his contention, Senior Advocate referred to Section 122 of the Act which puts an embargo on the authorities to try a person under the Act after 3 years and submitted that the tentative charge sheet dated July 15, 2019 was time barred.
Contending that the Brigadier was no longer a part of the army, Senior Counsel said that a person who was not amenable to the provisions of the Act was being hounded.
He also submitted that the Brigadier could not be blamed for the lapses as he had gained the knowledge of corrupt practices where in indents for unauthorised items were initiated three months prior to his taking over the appointment and had become whistle blower by reporting the matter to higher Headquarters.
Appearing for the Union of India, ASG Balbir Singh drew Court's attention to the Brigadier's conduct. He submitted that he had preferred an application for stay of the disciplinary proceedings as well as attachment order which was disposed by the Tribunal. ASG further contended that instead of reporting before the Court martial, the petitioner was avoiding the process and due to this lookout notices were issued against him.
Considering the submissions made by the counsel, the bench although granted protection to the Brigadier by staying the attachment order but asked him to report to Commandant, Base Hospital, Delhi every week on Monday at 11:00 AM.
Case Title: Brig SK Gupta (Retd) v UOI & Ors