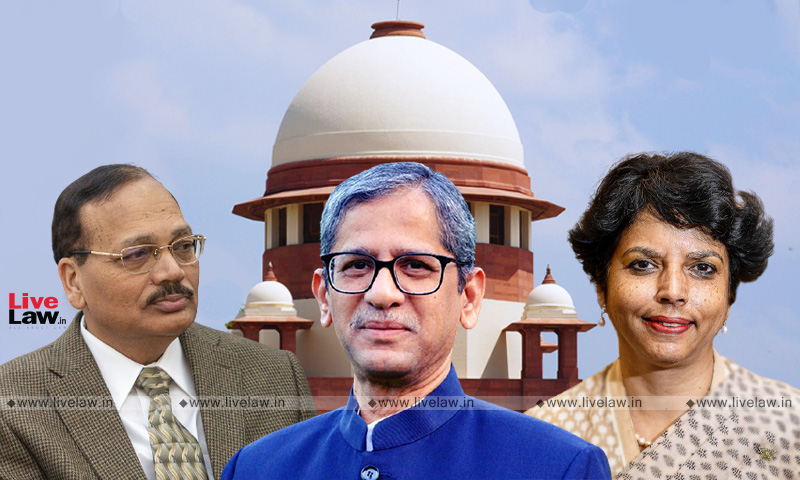 The Supreme court observed that bail granted to an accused can be revoked by a superior court if the court has considered irrelevant factors or has ignored relevant material available on record which renders the order granting bail legally untenable.

"The gravity of the offence, conduct of the accused and societal impact of an undue indulgence by Court when the investigation is at the threshold, are also amongst a few situations, where a Superior Court can interfere in an order of bail to prevent the miscarriage of justice and to bolster the administration of criminal justice system", the bench of CJI NV Ramana, Justices Surya Kant and Hima Kohli observed in a judgment delivered today.

The court observed thus while setting aside an anticipatory bail granted by the High Court of Punjab and Haryana to a 'mother in law' in a dowry death case.

The offence alleged in the instant case is heinous and protrudes our medieval social structure which still wails for reforms despite multiple efforts made by Legislation and Judiciary, the court remarked in this case. The court noted that the accused had remained absconding for more than two years after being declared a proclaimed offender.

"The conduct of the accused in absconding for more than two years without any justifiable reason should have weighed in mind while granting her any discretionary relief. These facts put her on a starkly different pedestal than the co-accused with whom she seeks parity.", the court observed.

While setting aside the bail order, the court further observed: It has to be borne in mind that the deceased met with a tragic end within three months of her marriage. While it is too early to term it an offence under Sections 302 or 304B I.P.C., but the fact remains that a young life came to an abrupt end before realizing any of her dreams which were grimly shattered. She died an unnatural death in her matrimonial home. The Accused is the mother­ in­ law of the deceased. The Investigating Agency, therefore, deserves a free hand to investigate the role of the Accused, if any, in the unnatural and untimely death of her daughter in­ law.