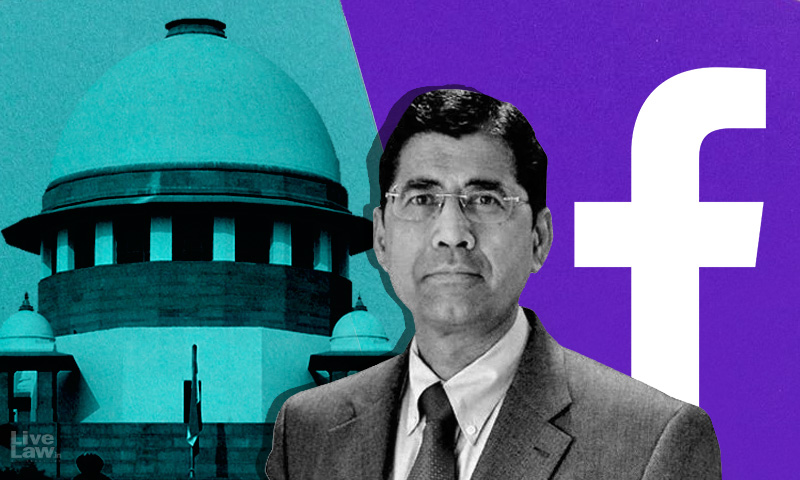 The Supreme Court on Tuesday heard Facebook India Vice President, Ajit Mohan's challenge to the two summons issued by the Delhi Legislative Assembly's Committee On Peace and Harmony asking him to appear to look into the role of fake news behind the Delhi riots of February 2020. The two summons were issued in September 2020 demanding Mr. Mohan to appear before the committee for testifying on...

The Supreme Court on Tuesday heard Facebook India Vice President, Ajit Mohan's challenge to the two summons issued by the Delhi Legislative Assembly's Committee On Peace and Harmony asking him to appear to look into the role of fake news behind the Delhi riots of February 2020.

The two summons were issued in September 2020 demanding Mr. Mohan to appear before the committee for testifying on the role or complicity of Facebook officials in Delhi riots. On September 23, the Court had recorded the submission made on behalf of the Chairman of the Assembly Panel Raghav Chadha that no coercive action will be taken against the Ajit Mohan for failing to appear.

Salve's concluding submissions rested on three primary contentions. First, that the concept of cooperative federalism cannot be used as a tool for expanding constitutional powers; Second, that private individuals cannot be compelled to give evidence before the Committee and Third, on the legislative premise of parliamentary privileges.

"This is not some looming principle by way of which you will start expanding your powers under the Constitution." Salve submitted.

Second major argument advanced by Mr. Salve was on the aspect of compelled speech as being violative of Art. 19(1)(a) of the Constitution of India.

"The privileges are subject to Art. 19. There is no derivative immunity in any case." Salve submitted.

In view of this, Salve relied on a bunch of authorities including Excel Wear Etc. v. Union of India (1979) wherein the Supreme Court held that "Perhaps under no circumstances, a person can be compelled to speak, to form an association or to acquire or hold a property."

Moving ahead, reliance was also made to the privacy judgment in the case of K.S. Puttaswamy v. Union of India (2017) wherein the Court held that "The destruction by the state of a sanctified personal space whether of the body or of the mind is violative of the guarantee against arbitrary state action. An individual may perceive that the best form of expression is to remain silent. Silence postulates a realm of privacy."

Thereafter, Salve submitted that the judgments specifically recognizes the right of a person to remain silent. Furthermore, he submitted that in any event if a person has to be compelled to speak or give evidence before the Committee, the same should be done by way of a legislation, subject to constitutional principles.

Next, Salve relied on the recent judgment of Manish Kumar v. Union of India (2021) authored by Justice KM Joseph wherein the Court held that State action must be fair and not arbitrary if it is to pass the muster in a court of law. In submitting so, Salve also referred to the doctrine of "manifest arbitrariness" developed in the Shayara Bano case.

Coming to the third and final argument, Salve focussed on the legislative competence of the law relating to Parliamentary privileges.

In doing so, Salve relied on the international legislations including Scottish Act of 1998 and law governing the Welsh Parliament to show provisions of accountability of members of the Parliament and their parliamentary privileges.

At this juncture, J. Roy intervened and asked "Para 9 in the Scottish Act provides that member is not obliged to answer, does this apply to those cases which relate to the Parliament?"

To this, Salve replied "Yes your lordships. If the matter is pending in Parliament and where the court has not compelled the member of Scottish Parliament to speak, he cannot be compelled to speak. Private people are not meant to be summoned to give evidence."

Thereafter, Salve argued that public order is carved out from the powers conferred to the Delhi Assembly under Art. 239AA and that the enquiry of this Committee is "alien to the legislative and executive powers of the Committee".

At this juncture, Tushar Mehta, Solicitor General of India intervened to argue on the primarily issue of the competence of the Union Government to deal with matters failing under list 1.

The SGI while relying on the Information technology Act and IT (Procedure and Safeguards for Blocking for Access of Information by Public) Rules, 2009 submitted that:

"The information technology law is not within the legislative competence of Delhi Legislative Assembly or any other assembly for the matter. Your lordships need not go into the larger questions. When something is in colorable legislation of the power which it doesn't possess, that lack of jurisdiction goes to the root of the matter. Other issues do not arise." SGI submitted.

Followed by this, Arvind Datar, representing Facebook submitted on two broad aspects. First, on the incompetence of the Delhi Committee to deal with public order situation concerning Delhi Riots and Second, on how such Assemblies cannot compel private individuals to appear before them.

"Entry 1 and 2 relating to Public order and police are not given to Delhi Assembly. If 1 and 2 are with parliament, anything to do with law and order will be primarily be confined to parliament. A committee of the Assembly cannot have the powers greater or wider than the Assembly itself." Datar submitted.

In view of this, Datar also submitted that Facebook being an intermediary falls under entry 31 of list 1 which ultimately falls under the domain of the Central Government.

Therefore, Datar concluded today's arguments by submitting that since the committee formed by Delhi Assembly lacks legislative competence, the question of calling Facebook in Delihi Riots cases does not arise.