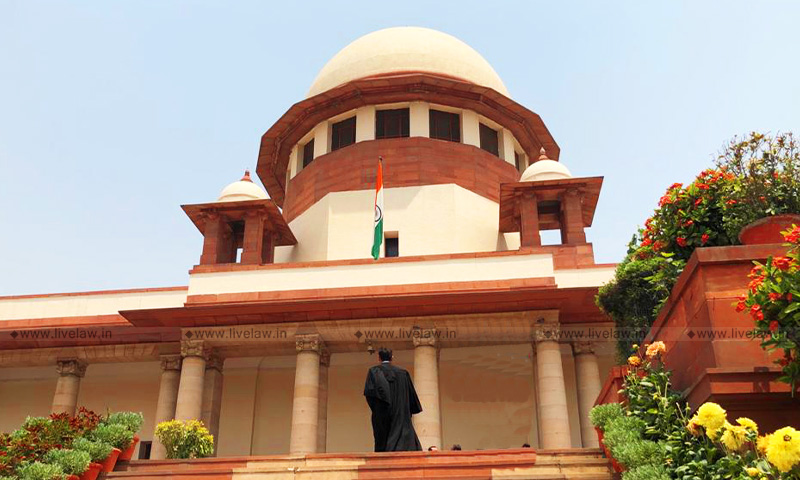 Supreme Court of India has been approached with a plea seeking directions for release of the Rohingya refugees who have been detained in Jammu and to refrain the government from implementing any orders on deporting them. The plea has also sought directions to UNHCR to intervene and assess the protection needs of the refugees and grant them refugee cards. The reliefs have been sought through...

Supreme Court of India has been approached with a plea seeking directions for release of the Rohingya refugees who have been detained in Jammu and to refrain the government from implementing any orders on deporting them. The plea has also sought directions to UNHCR to intervene and assess the protection needs of the refugees and grant them refugee cards.

The reliefs have been sought through an interim application in a pending writ petition before the Apex Court that was filed seeking protection of the Rohingya refugees from imminent danger of being deported and protection of their rights.

The present application has been drawn by Advocate Cheryl Dsouza and filed through Advocate Prashant Bhushan.

The application has sought release of the detained Rohingya refugees immediately and direction to the Union Territory government and the Ministry of Home Affairs to expeditiously grant Refugee identification cards through the FRRO for the Rohingyas in the informal camps. They have urged the Court to direct the Union Government to refrain from implementing any orders on deporting the Rohingya refugees who have been detained in the sub jail in Jammu.

According to the applicants, the present application seeking directions has been filed in wake of the following new developments and new circumstances that have arisen:

• News reports that started coming in around the 7th of March 2021 regarding the nearly 150-170 Rohingya refugees in Jammu being detained.

• The Union Minister Jitendra Singh's statements two months ago that the Rohingya, identified as Muslim refugees by the government wouldn't be able to secure citizenship.

• These refugees have been illegally detained and jailed in the Jammu Sub Jail which has been converted into a holding centre with the IGP (Jammu) Mukesh Singh stating that they face deportation back to Myanmar following verification by their embassy.

• Disturbing reports from the Rohingya families having come in that subsequent to a biometric verification of Rohingya refugees undertaken by the Jammu and Kashmir administration, some people never returned to the camps from the verification but were detained and jailed by the Police.

• A report from The Hindu detailing how panic has gripped this already marginalised refugee community in Jammu after the verification drive and disappearance of family members.

The application has stated that in India, no legislation has been passed yet that specifically refers to refugees, and therefore , it has in practice often clubbed Rohingya refugees with the class of illegal immigrants who may be deported by the government under the Foreigners Act 1946 and the Foreigners Order 1948. This is coupled with discrimination against the Rohingya by the government, they being largely Muslim refugees. Legally, however, a refugee is a special category of immigrant and cannot be clubbed with an illegal immigrant.

According to the applicants , India is bound to adhere to the principle of non-refoulement through customary international law. The principle of non- refoulement – or not sending refugees to a place where they face danger – is a norm of customary international law and the content of the obligation has been explicitly expressed in Article 33(1) of the 1951 United Nations Convention on the Status of Refugees. Since India does not as of now have explicit legislation protecting refugees from refoulement practices, the Customary International law thus somewhat fills a gap.

The application has cited Delhi High Court's observation in the case of DonghLian Kham v Union of India :

"Non refoulement is accepted by the customary international law and municipal law of nations and by now it has attained widespread international recognition."

The application has stated that the Supreme Court in context of refugees has also reaffirmed that Article 21 of our Constitution guarantees that right to life and liberty is granted to every citizen or non citizen, through its judgement in the case National Human Rights Commission v State of Arunachal Pradesh where it observed that:

"Our Constitution confers certain rights on every human being and certain other rights on citizens. Every person is entitled to equality before the law and equal protection of the laws. So also, no person can be deprived of his life or personal liberty except according to procedure established by law. Thus, the State is bound to protect the life and liberty of every human being, be he a citizen or otherwise.

The applicants contend that the the National Security threat exception to non refoulement does not apply to the Rohingya. In International law one exception is allowed to be made to the prohibition of non-refoulement, which applies in a situation in which there are reasonable grounds to believe that an

individual poses a real security threat for the country he seeks to enter, or has already entered. Thereby, refugees and asylum-seekers who have already been granted temporary residency are not immune from prosecution for any crimes committed on the state's territory, and may be liable for expulsion in the most grave cases threatening national security. However this exception does not apply to the Rohingya refugees, and expelling Rohingya due to their ethnic or religious origin cannot amount to a reasonable and individualized threat assessment.

According to the applicants, while applying the exception principle to the Rohinya refugees, it should be considered that given the serious implications an expulsion has for the refugee, such a decision should involve a careful examination of the question of proportionality between the danger to the security of the community or the gravity of the crime, and the persecution feared. Further, the national security restriction can emphatically never permit mass refoulement as it is by default arbitrary. The exception to non-refoulement also does not imply a free pass to send individuals back to a country where their life is at risk, and even in case of a security threat a state should allow a refugee a reasonable period of time and all necessary facilities to obtain admission into another country and initiate actual refoulement only when all efforts to obtain admission into another country have failed. The application of this exception must therefore be the ultima ratio (the last recourse) to deal with a case reasonably.

"As India has not ratified the 1951 Convention Relating to the Status of Refugees and does not have specific refugee-related law, it does not have a proper state refugee determination procedure. Instead, UNHCR is bestowed with the task of determining refugee status and providing registration documents. As of September 2017, only 16000 of the 40000 Rohingya refugees settled in India had received such refugee documentation. This situation arises not because the remaining Rohingya were found to not be refugees, but because their case has not been examined by the UNHCR office in India." the application reads.

According to the applicants, Rohingya face risks if flouted to Myanmar considering their Continued persecution there. In a recent press release dated 10th March 2021, the Human Rights Watch took note of the arbitrary detention in Rohingya refugees in Jammu and cautioned that India must halt all forced returns to Myanmar. The United Nations Secretary-General Antonio Guterres issued a statement strongly condemning the escalating violence in Myanmar with the military coup and killing of protestors demonstrating against the military coup.

The present application has been filed in a writ petition filed in the public interest in 2017 to secure and protect the right against deportation of the petitioner refugees in India and to protect Constitutional guarantees under Article 14 and Article 21, against the deportation of Rohingya refugees who have taken refuge in India after escaping widespread violence, bloodshed and discrimination against their community in their home State of Myanmar.

The Ministry of Home Affairs had on 8th August 2017, issued a letter to all the Chief Secretaries of all the State Governments and UTs, raising a concern regarding the increased 'illegal immigrants' in India and their purported 'grave security challenge.' The letter had also stated that the detection and deportation of such illegal immigrants from Rakhine State, also known as Rohingyas was a continuous process and had advised all States to sensitize all the law enforcement and intelligence agencies for taking prompt steps in identifying the illegal migrants and initiate the deportation processes expeditiously and without delay.

The petitioners had approached the Supreme Court for protection as they felt that they faced an imminent danger of being deported vide the government circular which directed the relevant authorities to identify and expeditiously deport illegal Rohingya refugees. The petitioners had submitted that the proposed deportation was contrary to the Constitutional protections of Article 14, Article 21 and Article 51(c) of the Constitution of India, which provides equal rights and liberty to every 'person'. The act would also be in contradiction with the principle of 'Non-Refoulement' of Refugees, which has been widely recognised in several International conventions to which India is a signatory.

The petitioners had contended before the Court that despite these Constitutional and International law requirements, government had failed to carry out their obligations to ensure protection to the Rohingya Community, by proposing to deport the Community to Myanmar where they face serious violence and persecution.

The Supreme Court while hearing the petition had observed that the Constitution is based on humanitarian values and hence a humanitarian approach should be taken on the matter and had further observed that the state has a multi-pronged role - while national security and economic interests need to be secured, innocent women and children among the refugee population cannot be ignored. Through its order on 13th October 2017 the Court had observed that in case of any contingency during the pendency of this petition, the petitioner was free to approach the Court