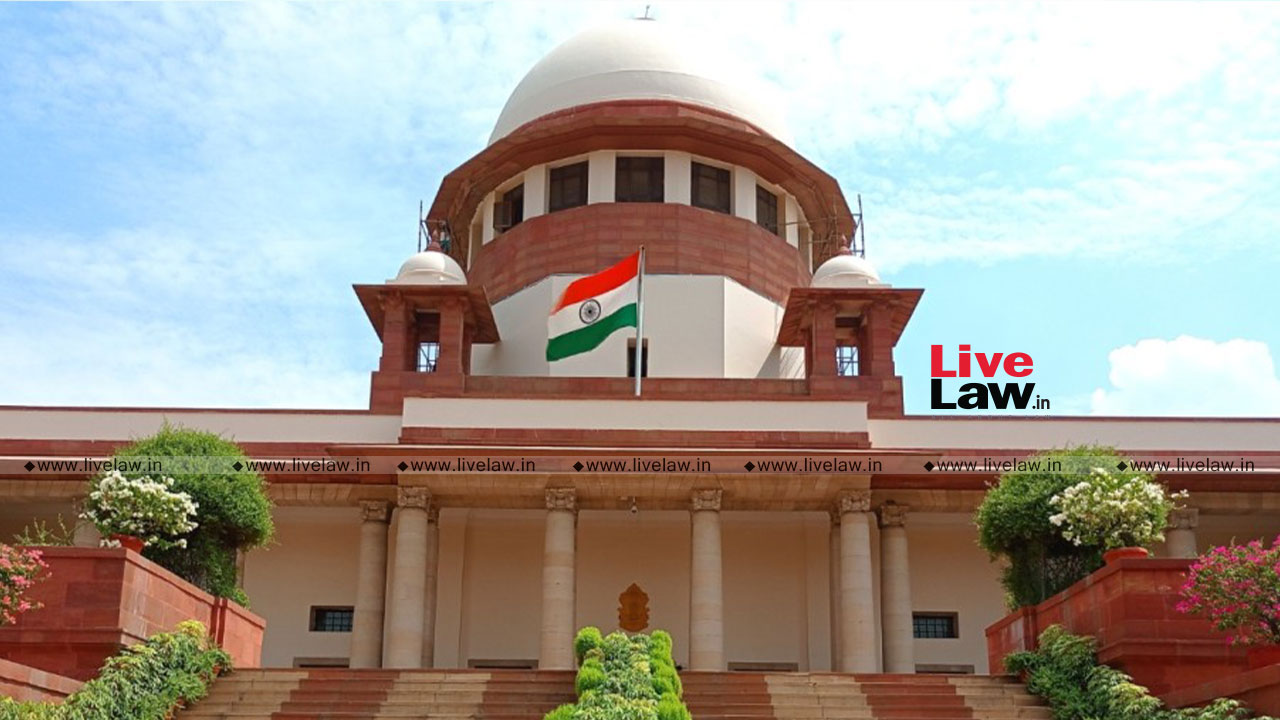 The Supreme Court, on Thursday, dismissed a miscellaneous application seeking clarification/modification of the order dated 08.02.2017 passed by the Apex Court, wherein it had directed the concerned authorities to disburse Rs. 60 lakh for each of about 700 families displaced by the Sardar Sarovar Project on river Narmada in Madhya Pradesh.

A Bench comprising Justices D.Y. Chandrachud, Hima Kohli and P.S. Narasimha noted that during the course of the hearing which led to the concerned order, the Counsels for the applicants had apprised the Court that the land value in the vicinity ranges from Rs. 15-80 lakhs and arrived at an average suggested payment of Rs. 30 lakhs per hectare, while the then Attorney General had suggested the compensation amount to be fixed at Rs. 45 lakhs in lieu of 2 hectares of land as a full and final settlement. Considering the submissions of the parties involved, and the fact that the award of the Water Disputes Tribunal had given rise to multiple litigation,,the Apex Court in its order dated 08.02.2017, had determined the compensation at the rate of Rs. 60 lakhs/family as a full and final settlement.

The Bench led by Justice Chandrachud was of the view that the direction issued by the Apex Court in its order dated 08.02.2017 determining a comprehensive compensation scheme, in exercise of Article 142 is 'not susceptible to clarification or modification' sought in the miscellaneous application before it.

Senior Advocate, Mr. Parikh was representing the applicant, who was displaced due to the Sardar Sarovar Project. The present application was made in the petition originally filed by the NGO, Narmada Bachao Andolan.

In order to effectively elucidate on the grievance of his client, Mr. Parikh provided a brief background that led to the Apex Court passing the order dated 08.02.2017.

On 12.12.1979, the Narmada Water Disputes Tribunal, in its final award had indicated that the displaced families from whom 25% of their holdings were acquired for the project were entitled to allotment of agricultural land for a minimum of 2 hectares per family, subject to prescribed ceiling in the concerned state. The Madhya Pradesh Rehabilitation and Resettlement Policy formulated in September, 1989, contemplated 2 hectares of land would be allotted to the oustee families whose agricultural lands were acquired. However, if more than 2 hectares was acquired for the project, the same would be allotted up to the maximum of 8 hectares. On 30.03.2000, the Narmada Valley Development Department issued an order for constituting a Grievance Redressal Authority (GRA) for resolution of grievances of the project affected persons. Subsequently, in an order passed in 2000 by the Apex Court, it was held that the award of the Tribunal was final and binding. Accordingly, it was communicated by the Land Acquisition Officer to the present applicant indicating that the land acquired was 4.293 hectares and determining the compensation payable a little over 5 lakhs. On 26.12.2005, the Resettlement Officer had issued a communication to the applicant reiterating that the Rehabilitation package which would be made available to the application in lieu of acquisition of 4.293 hectares of land. Thereafter, the applicant received another communication stating that in compliance with the orders dated 15.03.2005 passed by the Apex Court, they would be entitled to the allotment of 4.293 hectares of agricultural land. The action taken report of the Resettlement Officer indicated that the total land holding of the applicant was 7.741 hectares; the affected land was 4.293 hectares; the affected land was 55% of the total holding; total compensation payable was Rs. 5.48 lakhs; 4.923 hectare of land was allotted to the applicant. In January, 2006, the applicant had submitted an application stating land proposed to be allotted to her was not cultivable. On 08.02.2017, upon hearing a batch of applications, the Apex Court arrived at an equitable settlement for rehabilitation of project affected families due to the implementation of the Sardar Sarovar Project. In order to comply with the Apex Court's 08.02.2017 order the GRA passed an order in March, 2017 stating that the applicant would receive Rs. 60 lakhs adjusting payments already made to her earlier. An application was made by the applicant informing the GRA that she was entitled to 4.293 hectares and was thus eligible for compensation of Rs. 1.28 Crores. It was clarified by per that in the order of the Apex Court Rs. 60 lakhs was on the basis of land holding of 2 hectares while her established holding was of 4.293 hectares. Eventually the applicant had instituted a writ petition before the Madhya Pradesh High Court, which was dismissed. She then approached the Apex Court by way of a Special Leave Petition, which was eventually withdrawn. Thereafter, she had filed the present miscellaneous application.

The sheet anchor of Mr. Parikh's argument was that the order of the Apex Court dated 08.02.2017 provided equitable resolution and allotted Rs. 60 lakhs/family on the basis of Rs. 30 lakhs/hectare and for minimum holding of 2 hectares. Therefore, the applicant whose entitlement was already established to be 4.293 hectares of land, she would be entitled to receive compensation of Rs. 1.28 crores instead of Rs. 60 lakhs.

Additional Solicitor General, Ms Aishwarya Bhati opposed the claim that the full and final settlement was made on the basis of Rs. 30 lakhs/hectare. She argued that this was a suggestion made by the Counsels for the applicants, but the direction by the Court issued in exercise of Article 142 was to disburse Rs. 60 lakhs per family for the 681 families who were yet to receive compensation, as a full and final settlement. She also argued that by way of the modification the applicant seeks substantive review of the order dated 08.02.2017.

Agreeing with the submission made by the ASG, the Bench noted -

"That package is comprehensive and cannot be broken down into per hectare determination. It is full and final settlement in exercise of A.142"