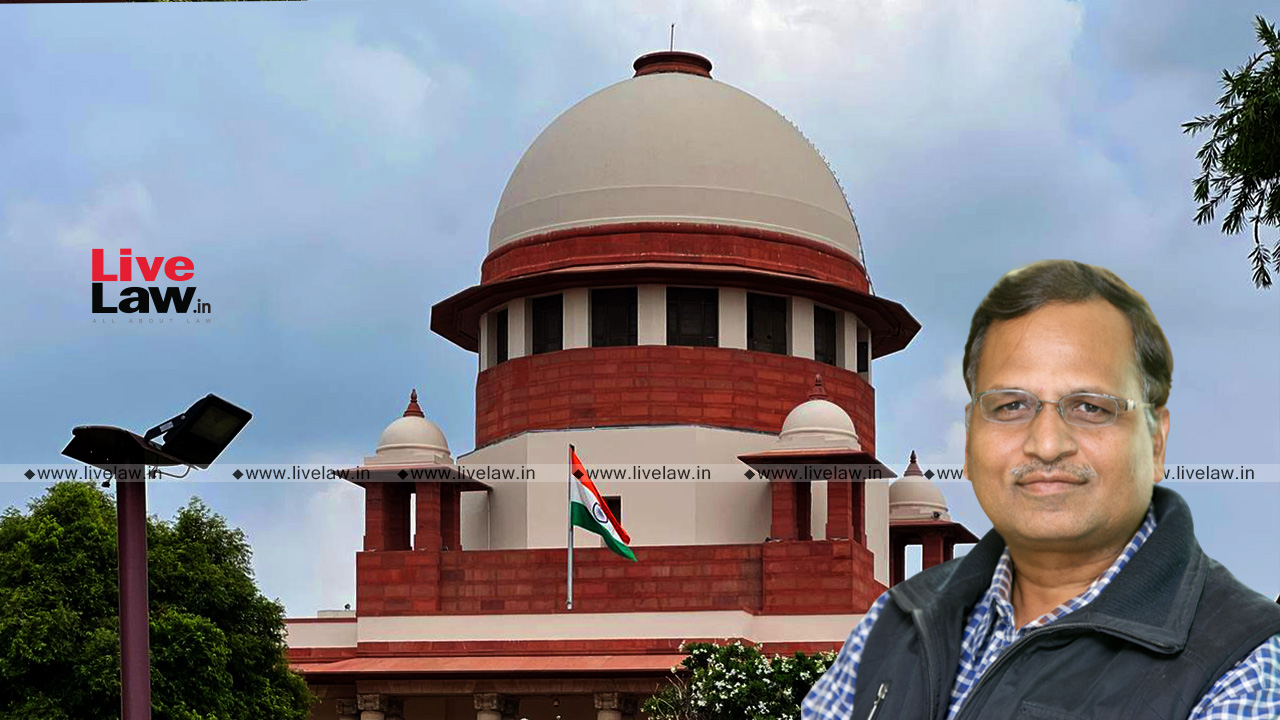 The Supreme Court today issued notice to the Enforcement Directorate on a plea filed by Delhi Minister Satyendra Jain assailing the order of the Delhi High Court which upheld the transfer of his bail plea to another court.

A bench comprising of Justices M. R. Shah and Krishna Murari sought response from the Enforcement Directorate to be filed by 19th October and listed the matter for further consideration on 31st October. The bench also added that, "we are not on merits of the case at all, we are only on the case of transfer."

The bench observed during the course of the hearing that, "the main ground seems to be that some observations were made by the learned judge at the time of the hearing of the bail application and therefore on that basis there is an apprehension"

Senior Advocate Kapil Sibal appearing for Satyendra Jain submitted that, "Several observations are made during the course of the hearing should we have an apprehension that the judge is biased." "I have never heard the Enforcement Agency seeking transfer" Sibal added.

Senior Advocate Mukul Rohatgi appearing in the tagged matter submitted to the court that, "Everyday your lordship makes some prima facie observations in favour of a party or against a party but we go by your lordships written order the judge has to speak, this cannot be a ground for transfer of bail or to transfer matters like this."

Solicitior General of India Tushar Mehta appearing for the Enforcement Directorate opposed the arguments stating that the, "When the learned ASG has rebutted each and every point the counsel for the accused as well as the court has made oral observation that main points have not been dealt with….In rejoinder the counsel for the accused says that most of the points have not been dealt with learned judge says yes they are not dealt with, that is the trigger and thereafter we have given the entire sequence."

On September 22, Principal District & Sessions Judge at Patiala House, Delhi had allowed the application made by the Enforcement Directorate to transfer the plea of Satyender Jain from Special Judge Geetanjali Goel to Special Judge Vikas Dhull. The ED had raised apprehensions of bias against the judge on the ground that the ED's objections to shifting Jain to hospital were not considered. The ED had contended that Jain was faking illness and that being the Health Minister, he could influence doctors to fabricate medical records.

"The Ld. Judge is a very upright officer, however, all the circumstances taken together are sufficient to raise a reasonable apprehension in the mind of the petitioner as a common man, not of any actual bias but of a probable bias", the Sessions Court observed while allowing ED's plea.

Though Jain challenged the transfer order before the Delhi High Court, his challenge was dismissed. A single bench of Justice Yogesh Khanna on October 1 upheld the transfer order after observing that the ED's apprehensions were "not flimsy or baseless". The matter was yesterday mentioned before Chief Justice of India UU Lalit for urgent listing who had agreed to list it.