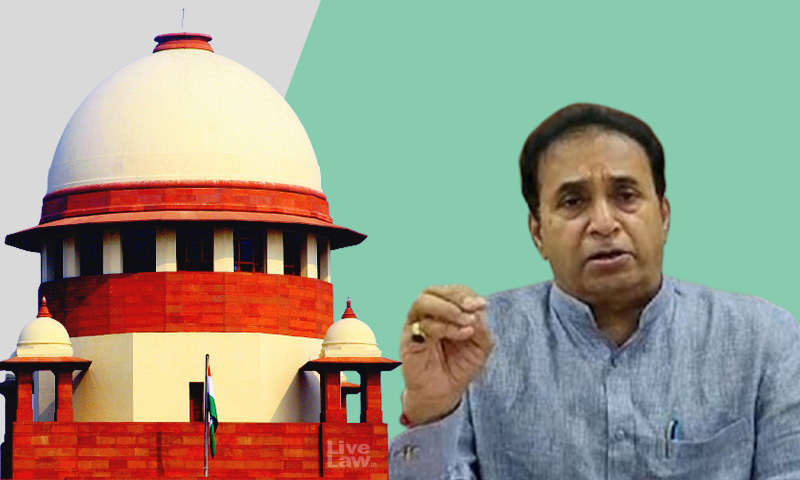 The Supreme Court on Tuesday granted Former Maharashtra Home Minister Anil Deshmukh liberty to file an application before the Bombay High Court seeking early listing of his bail application in the money laundering case which is being investigated by the ED.

The Court observed that it hopes and trusts that the High Court will hear the matter will be expeditiously heard.

The vacation bench of Justices Ajay Rastogi and BV Nagarthana granted Deshmukh liberty to approach the High Court after considering that although the bail was filed on March 25 but could not be heard by the High Court thrice due to paucity of time.

In the hearing today, Senior Advocate Kapil Sibal for Deshmukh submitted that his only request was for his bail application to be heard by the High Court.

"I only want my application to be heard. Let it be heard on reopening. He's a very sick man and 73 years old. It was filed on March 25," Sibal further submitted.

Accordingly, the Top Court in its order said,

"The application was filed on March 25 and was listed on 3 occasions and it appears that due to paucity for this time it could not be heard. The petitioner is at liberty to file an application for early listing of his bail. We hope & trust that the matter will be expeditiously heard and that the application is taken on board & be heard expeditiously. With the above observation, the application stands disposed of," the bench said in its order.

Before the High Court, Deshmukh had sought bail on merits in the money laundering case being investigated by the Enforcement Directorate after the special court refused relief.

Deshmukh has been in custody since November 3, 2021. He filed the bail application in the high court while ED filed their response calling Deshmukh the mastermind of the entire conspiracy.

"The applicant (Deshmukh) is the mastermind of the entire conspiracy hatched with his son Hrishikesh Deshmukh, Sachin Waze (dismissed police officer), Sanjeev Palande and Kundan Shinde (Deshmukh's former aides)….the applicant is the main conspirator and the brain behind the whole conspiracy to collect money from bars and restaurant owners," the affidavit filed by ED before the High Court had stated.

Opposing Deshmukh's bail, ED had further stated in the affidavit that, "Deshmukh has not cooperated with the probe and was not able to explain the source of the wealth and was hiding the actual facts."