SEBI Act Section 24A: SEBI To Be Heard By Courts In Compounding Offences Even If Its Consent Not Mandatory, Observes Supreme Court 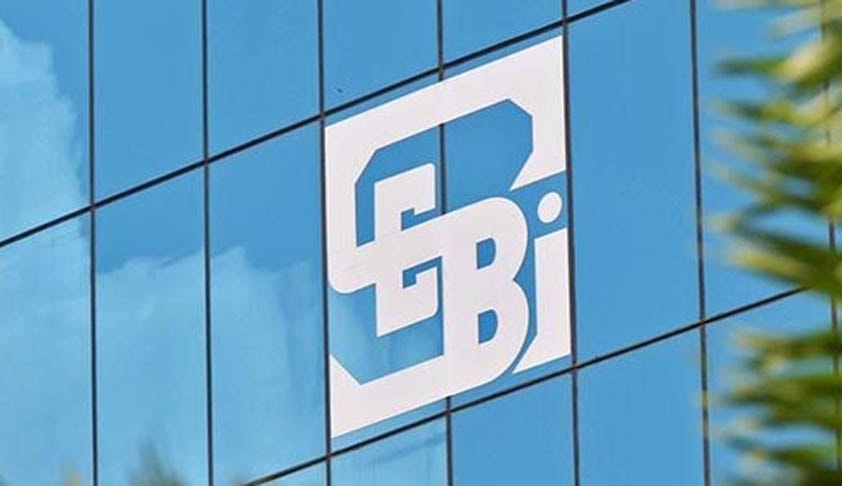 "The SEBI is not a regular complainant, it is the custodian of the investors' interests, it is a regulatory body! Great importance has to be accorded to SEBI in compounding offences. But to lift it to a point where without its consent, there can be no compounding and where the SEBI can veto any compounding, I have my doubts", expressed Justice DY Chandrachud on Wednesday.The bench of...

"The SEBI is not a regular complainant, it is the custodian of the investors' interests, it is a regulatory body! Great importance has to be accorded to SEBI in compounding offences. But to lift it to a point where without its consent, there can be no compounding and where the SEBI can veto any compounding, I have my doubts", expressed Justice DY Chandrachud on Wednesday.

The bench of Justices Chandrachud and MR Shah was considering an SLP arising out of an April, 2019 order of the Delhi High Court by which the petitioner's application under Section 24A of the SEBI Act for compounding of offences (where the allegations against the petitioner are of artificially jerking the price of the share of petitioner's company) was declined. It may be noted that after the SEBI informed that it did not consent to the compounding of the offence, the Trial court, in the instant case, had rejected the petitioner's application under Section 24A while relying upon Supreme Court's decision in JIK Industries Ltd. (2012)where a 2-judge bench had held that obtaining the consent of the complainant to compound an offence for dishonour of a cheque is sacrosanct, and that cannot be wished away by Section 147 of the NI Act (which says that notwithstanding anything contained in the CrPC, every offence punishable under this Act shall be compoundable).

In the impugned order, the Delhi High Court noted that the Supreme Court, in the 2017 Meters and Instruments case, had declared that for compounding in proceedings under Section 138 of NI Act, consent of both parties is not required and even in the absence of such consent, the court, in the interest of justice, can in its discretion close the proceedings and discharge the accused. However, the High Court rejected the application for compounding and disposed off the revision petition, observing that compounding cannot be allowed at the fag-end of the trial-

"No doubt, that petitioner had filed an application for compounding way back in the year 2013 and it remained pending, but now, the proceedings before the trial court have reached the stage of final arguments. Compounding at the initial stage has to be encouraged, but not at the final stage. The object of the SEBI Act has to be kept in mind. A stable and orderly functioning of the securities market has to be ensured. It will not be in the interest of justice to discharge the accused at the final stage of the proceedings by allowing the application for compounding without the consent of SEBI Act as it will defeat the objective of the SEBI Act. Though the Adjudicating Officer has found that the alleged violation committed by petitioner has not resulted in any loss to the investors, but this by itself would not justify discharge of accused at the fag end of trial", the High Court said.

Section 24A of the SEBI Act provides that notwithstanding anything contained in the CrPC, any offence punishable under this Act, not being an offence punishable with imprisonment only, or with imprisonment and also with fine, may either before or after the institution of any proceeding, be compounded by a Securities Appellate Tribunal or a court before which such proceedings are pending.

"Compounding has the effect of acquittal, it has the effect of dropping the charges. But compounding means that you are admitting the charges, you are admitting the guilt that you have done the offence, and on paying a certain amount, you are let go. Compounding is like plea-bargaining. Even if consent of the SEBI may not be sine qua non for the compounding of an offence, but its concerns have to be heard. Its voice has to be heard if the court is permitting compounding or even if the court is imposing any additional conditions", observed Justice Shah.

"And the SEBI is not a regular complainant, it is the custodian of the investors' interests, it is a regulatory body!", agreed Justice Chandrachud.

But the judge continued to note, "Compounding is the mirror-image of a compromise in civil law. Great importance has to be accorded to SEBI in compounding offences, yes! But to lift it to a point where without its consent, there can be no compounding and where the SEBI can veto any compounding, I have my doubts"

"Section 24A does begin with 'notwithstanding anything contained in the CrPC'. So it seeks to override section 320, CrPC", remarked Justice Chandrachud. It may be noted that section 320, CrPC provides for the compounding of specified IPC offences with the consent of a specified person (who may be the victim/complainant/aggrieved person), with or without the intervention of the court.

"In the facts at hand, if we finally decide that no case for compounding is made out, then we may only add a line that the fact that SEBI had refused its consent for compounding need not be gone into. But if we say that the offence in the present case can be compounded, then we will have to squarely deal with the issue", said Justice Chandrachud.

However, the judge also stated, "We can say that the power of compounding under section 24A has to be exercised in public interest. After all, these are not private offences. The power under section 24A of the SEBI Act has to be exercised in the spirit of the Act. The objects of the SEBI Act are to protect the investors' interests and to ensure a stable securities market. The courts have to consider whether in exercising the power of compounding, the Act would be defeated"

The bench has reserved its judgment in the matter.

The bench of Justices Chandrachud and Shah was further told that the Bombay High Court has in a case held that the consent of SEBI is needed to compound offences under section 24A. The said decision is in the 2018 N. H. Securities case where Justice Prakash Deu Naik held, "Merely on the ground that the embargo laid down under Section 320 of Code of Criminal Procedure may not be applicable to the provision of Section 24A, it cannot be said that without the consent of SEBI the proceedings can be compounded. Or else the statutory authority will be rendered to be a mute spectator in the event of such an application is preferred by the accused for compounding". The bench was also informed that the Delhi High Court also has in another matter held the consent to be mandatory.

It may be noted that in the appeal arising out of the judgment of the Bombay High Court in N. H. Securities v. SEBI, the Supreme Court had in September, 2019 recorded that the senior counsel for the respondents stated that if the total amount which the appellants are liable to pay is so deposited, the respondents would have no objection to compounding of the offence subject to any penalty which may be imposed.

In view of the facts set out and the age of the directors, despite the earlier reservation expressed by the respondents in the counter affidavit on account of the conduct of the appellants, the Court was inclined to compound the offence on the aforesaid amount being paid as assured before the Court by the advocate for the appellants, subject to the penalty amount of Rs.2,00,000/-.

"We make it clear that we have not commented one way or the other on the larger questions said to be raised by the appellants", the bench had clarified in its order.