Section 304A IPC -'Res Ipsa Loquitur' Stricto Sensu Does Not Apply ; Nexus Between Accused's Negligence & Victim's Death Has To Be Established : Supreme Court 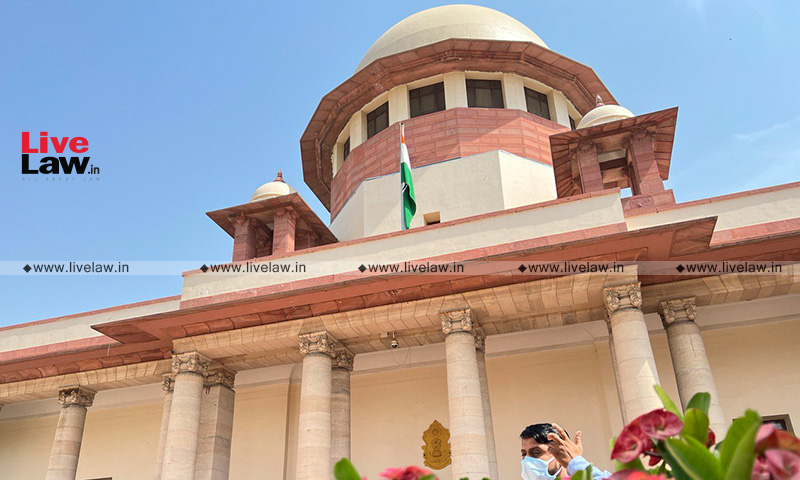 The Supreme Court noted that the doctrine of res ipsa loquitur stricto sensu would not apply to a criminal case.

"For bringing home the guilt of the accused, prosecution has to firstly prove negligence and then establish direct nexus between negligence of the accused and the death of the victim.", the bench comprising CJI NV Ramana, Justices Krishna Murari and Hima Kohli observed while acquitting two persons accused under Section 304A of Indian Penal Code for causing death by negligence.

The appellants ' conviction under Section 304A read with Section 34 IPC was upheld by the Karnataka High Court. The prosecution case was as follows: On 21.11.2003 at around 1.00p.m. the deceased was watching TV in his house. Noticing a sudden sound in the TV, the deceased got up to separate the dish wire, the TV connection wire and the telephone wire, which were entwined together. At this point, he felt an electric shock and his right hand was burnt and as a result of this shock he succumbed to death. That, on investigation, it was found that the said incident took place because of the negligent act on the part of the accused, the superviser (an employee in the telephone department ) and daily wage worker employed by him.

Before the Apex Court, the accused-appellants contended that the source of the shock is implied to be the television set and not the Telephone connection.

Perusing the evidence on record, the bench noted that the allegations against the Appellants are highly technical in nature and no report or even inspection was conducted by a technical expert to assess the veracity of the averments made by the complainants to suggest that it was due to the alleged acts of the Appellants that the incident took place. Also, the court noted that there is no eye witness to say conclusively that the Appellants were in fact executing the work at the place alleged. The court observed:

"..Here it would be useful to advert to the dictum in the case of Syad Akbar Vs. State of Karnataka 1979 CriLJ 1374 which this Court proceeded on the basis that doctrine of res ipsa loquitur stricto sensu would not apply to a criminal case as its applicability in an action for injury by negligence is well known..In case of circumstantial evidence, there is a risk of jumping to conclusions in haste. While evaluating such evidence the jury should bear in mind that inference of guilt should be the only reasonable inference from the facts. In the present case however, the conviction of the accused persons seems wholly unjustified against the weight of the evidence adduced."

The court also added that it sounds completely preposterous that a telephone wire carried 11KV current without melting on contact and when such current passed through the Television set, it did not blast and melt the wiring of the entire house.

"It is even more unbelievable that Appellant no. 2 came in contact with the same voltage and managed to get away with a few abrasions. The Appellants therefore are entitled to be given the benefit of doubt; more so, when there is no report of a technical expert to corroborate the prosecution story", the bench observed while allowing the appeal.

Indian Penal Code, 1860 ; Section 304A - Doctrine of res ipsa loquitur stricto sensu would not apply to a criminal case - For bringing home the guilt of the accused, prosecution has to firstly prove negligence and then establish direct nexus between negligence of the accused and the death of the victim. [Referred to Syad Akbar Vs. State of Karnataka 1979 CriLJ 1374 , S.L.Goswami Vs. State of M.P 1972 CRI.L.J.511(SC) ] (Para 9-12)