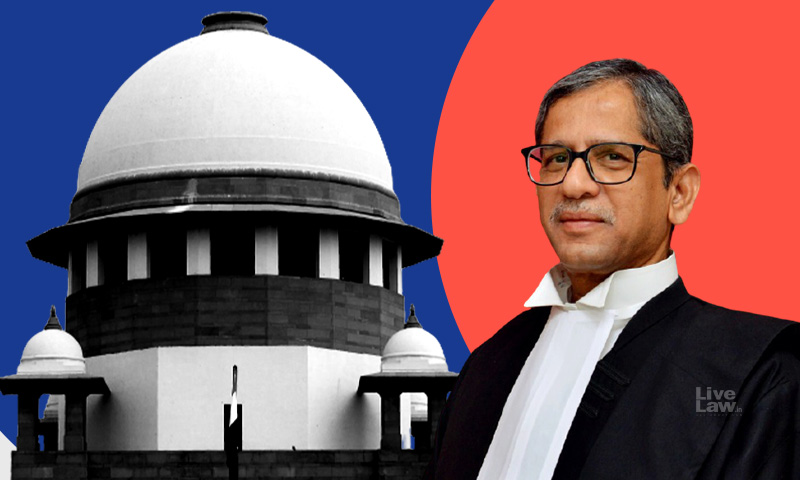 The Supreme Court on Thursday expressed alarm at the rampant misuse of sedition law in the country. A bench led by the Chief Justice of India expressed reservation at continuing the use of the provision (Section 124A of IPC), inserted during the colonial era in 1870, purportedly to curb dissent. "This dispute about law is concerned, its colonial law, it was meant to suppress the...

The Supreme Court on Thursday expressed alarm at the rampant misuse of sedition law in the country. A bench led by the Chief Justice of India expressed reservation at continuing the use of the provision (Section 124A of IPC), inserted during the colonial era in 1870, purportedly to curb dissent.

"This dispute about law is concerned, its colonial law, it was meant to suppress the freedom movement, the same law was used by British to silence Mahatma Gandhi, Tilak etc. Still is it necessary after 75 years of independence?" CJI NV Ramana observed while issuing notice on a plea challenging Section 124A of IPC.

He indicated that continuation of these type of laws after 73 years of independence is unfortunate. "The Government is taking out many laws, I don't know why they are not looking into this" he said.

"If we go see history of charging of this section, the enormous power of this section can be compared to a carpenter being given a saw to make an item, uses it to cut the entire forest instead of a tree. That's the effect of this provision."

The CJI further clarified that he is not blaming any state or government for misuse of the provision but,

"Unfortunately, the executing agency and particularly the authorities misuse it. Take example of 66A which was struck down but people were arrested. There is misuse of these provisions, but there is no accountability!"

The Judge illustrated that the powers under Section 124A are so vast that a police officer who wants to fix anybody for playing cards, gambling, etc. can also invoke Section 124 A.

"Our concern is misuse of law and no accountability of executive agencies," the CJI said.

CJI added that the gravity of the situation is so grim that if some State or a particular party doesn't want to hear a voice, they will use this law to implicate such groups of people.

The Top Court was hearing a petition moved by Army veteran Major-General SG Vombatkere (Retired) challenging the constitutionality of the offence of sedition under Section 124A of IPC for being 'vague' and creating a 'chilling effect on free speech'.

The plea filed through Advocate Prasanna S, submits that Section 124A of the IPC is ultra vires Article 19(1)(a) of the Constitution, read with Articles 14 and 21, and was upheld, after a partial reading down, in the 1962 judgement of Kedar Nath Singh v. State of Bihar.

During the hearing, the Bench expressed that the Petitioner sacrificed his whole life for the protection of the country. "We can't say this is any motivated litigation."

The Attorney General for India KK Venugopal replied that the section may not have to be repealed and parameters may be laid down to use the law of Sedition.

"I'll look into it," the CJI responded while issuing notice to the Union.

Solicitor General Tushar Mehta accepted notice on behalf of Union. The next date of hearing will be notified later.

A Bench headed by Justice UU Lalit is also hearing a plea, as well as Intervention Applications, challenging the constitutional validity of Section 124A of the IPC. On 30 April, the Court had issued notice in the plea filed by two journalists working in the States of Manipur and Chhattisgarh.

SG Vombatkere Vs Union of India