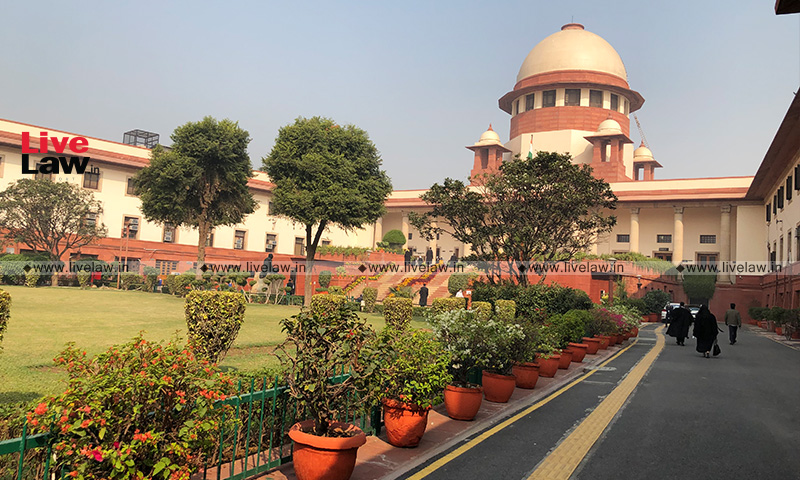 x
The miners alleged that only one purchaser was there for domestic market in Karnataka who was manipulating prices.

The Supreme Court on Monday asked the Ministry of Steel whether sufficient iron ore is available for the domestic market and if exports of iron ore mined from the State of Karnataka can be permitted.A Bench comprising the Chief Justice of India NV Ramana, Justice Krishna Murari and Justice Hima Kohli was considering a batch of applications seeking the lifting of export ban on iron ore...

The Supreme Court on Monday asked the Ministry of Steel whether sufficient iron ore is available for the domestic market and if exports of iron ore mined from the State of Karnataka can be permitted.

A Bench comprising the Chief Justice of India NV Ramana, Justice Krishna Murari and Justice Hima Kohli was considering a batch of applications seeking the lifting of export ban on iron ore from Karnataka, which was imposed in 2011 after finding rampant violations.

"I want a clarification, what is the stand of the Ministry of Steel? Is sufficient mineral available in domestic market, and will you support export?", CJI asked the Additional Solicitor General KM Nataraj.

The response of the Ministry has been sought after Advocate Prashant Bhushan, appearing for the petitioner(Samaj Parivartan Samuday, an NGO figthing against unauthorized mining), submitted that it has been the constant stand of the Ministry of Steel that there is shortage of iron ore for the domestic steel industry and hence export iron ore shouldn't be permitted.

During the hearing, Senior Advocates Dushyant Dave, Mukul Rohatgi, Krishnan Venugopal and Rakesh Dwivedi, appearing for different miners, argued in favour of lifting the ban imposed on export of the iron ore and removal of the condition of sale only through e-auctions.

Senior Advocate Mukul Rohatgi submitted that the caps were placed ten years ago as Supreme Court had found rampant illegal mining and had found that ores were being exported without satisfying domestic needs.

He pointed that after 2015, the leases are granted by auctions and no longer by allocations. He also pointed out there is only one domestic buyer in Karnataka, a major steel manufacturer, and hence the single buyer was in a position to dictate the prices to the disadvantage of the miners.

"There's one major producer steel manufacturer in Karnataka. He wants raw material which has to be sold only through e- auction. If there's only one buyer, I have to reduce my price. It all goes to one person. We are being stifled, in Orissa there's no such problem." Mr Rohatgi submitted.

"Please remove the ban. This country requires foreign exchange. We have been stifled, our good iron ore is being sold at less prices," he added.

Senior Advocate Dushyant Dave submitted that the iron ore is already excavated and is lying on the ground, and applicants are owners of the mines, who excavated it and paid royalty running to hundreds of crores.

"It is the most unfair system which has been worked out, I don't know how it has been allowed to perpetuate. The buyer can import, but sellers can't sell without e- auction. Nobody's interest is served with these orders, neither public interest or environmental interest," Mr Dave argued.

Senior Advocate Rakesh Dwivedi submitted that the reasons for ban were specific contingencies, once those contingencies have been met, there is no justification in now continuing it, as any continuance would mean that these three districts stand on a different class than the rest of the country.

Senior Advocate Krishnan Venugopal submitted that one buyer, the largest steel manufacturer in the country today takes 98% of iron ore in Karnataka, and has been making profits due to increase in steel prices. Further, that particular buyer imports from Orissa and even abroad to depress the prices. Therefore, the inability to export means all the material would be available only to one person to buy.

Senior Advocate Kapil Sibal appearing for the steel manufacturers submitted that the only reason the miners want the ore to be exported is that the ore is used by the steel industry, and now steel prices have shot up. He further argued that they haven't put the ore to the e- auction and want to export it straightaway.

Responding to the submissions made by the Senior Counsels, the Bench observed that everyone must be treated equally and the court doesn't want the benefit to go to one person.

"We are careful in getting reports. We are now considering limited extent of extracted material already available. Other issue of environment will be considered. We will appoint some retired judge to monitor," the CJI said.

"Allegations are being made that a particular industrialist is going to get benefit, when there are no restrictions anywhere else in the country, because of unfortunate circumstances restrictions were put, but we shouldn't allow one person or group to become rich," CJI added.

The present applications have been filed in relation to several previous orders passed by Supreme Court relating to mining of Iron Ore and allied minerals in the State of Karnataka.

The Bench had earlier directed the Union of India and the State of Karnataka to file a response to the applications filed by next Friday.

The applications have been filed seeking modification of the orders passed in 2011 imposing curbs in mining in Karnataka. The Court had stopped several mines, banned export of iron ore and directed that sale of existing stocks of iron and manganese ore would be done only through e-auction. In 2012, the Court had then partially allowed mining in category A districts in Karnataka