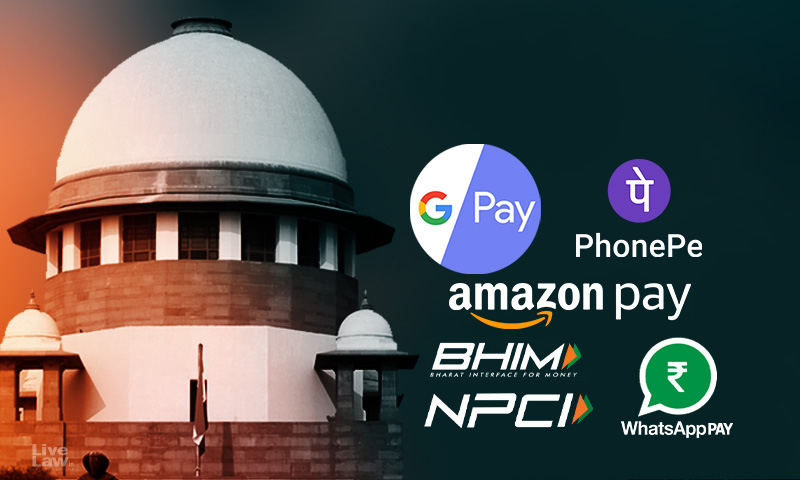 The Supreme Court on Monday sought the response of WhatsApp India, Facebook, Google Pay, Amazon Pay and the Union Government on a plea seeking directions to ensure that data collected by Unified Payment Interface(UPI) platforms is not shared with parent company or any other third party under any circumstances.A bench headed by the Chief Justice of India issued the direction to the respondents...

The Supreme Court on Monday sought the response of WhatsApp India, Facebook, Google Pay, Amazon Pay and the Union Government on a plea seeking directions to ensure that data collected by Unified Payment Interface(UPI) platforms is not shared with parent company or any other third party under any circumstances.

A bench headed by the Chief Justice of India issued the direction to the respondents on the PIL filed by Rajya Sabha MP Binoy Viswam who belongs to the Communist Party of India(CPI).

In the brief hearing held on Monday, Senior Advocate Krishnan Venugopal, appearing for the petitioner, referred to the submission made by him on a previous posting(December 14, 2020) regarding the Pegasus controversy.

He then cited the breach of WhatsApp's encrypted system by the Israeli spyware Pegasus to argue against allowing the messenger service to launch its e-payment platform in India (WhatsApp Pay).

Senior Advocate Arvind P Datar told the bench that he is representing WhatsApp India, which is seeking to implead itself as a respondent in the case.

The petitioner's senior counsel highlighted that these internet entities have not filed their counter-affidavits in the case.

The CJI-led bench then proceeded to direct that all respondents should file the counter-affidavits within four weeks. The case will be listed after four weeks.

The Reserve Bank of India has filed a counter-affidavit in the case stating that it is the responsibility of the National Payment Corporation of India to ensure that the UPI platforms comply with data protection norms.

The bench had earlier issued notice on an application filed by an intervenor seeking to ensure that WhatsApp pay does not launch its services without complying with all data protection guidelines.

Filed by Advocate-on-Record Sriram Parakkat, the plea seeks for "the protection of fundamental right to privacy of millions of Indian citizens who are using Unified Payments Interface (UPI)". Notice was issued by the Supreme Court on 15th October, 2020.

This conduct of the two authorities, submits the plea, invariably puts the sensitive financial data of Indian users at huge risk, especially in light of the fact that the Big Four Tech Giants have been "continuously accused of abusing dominance, and compromising data, among other things".