Senior Citizens To Be Given Seniority In Both Private And Government Hospitals : Supreme Court 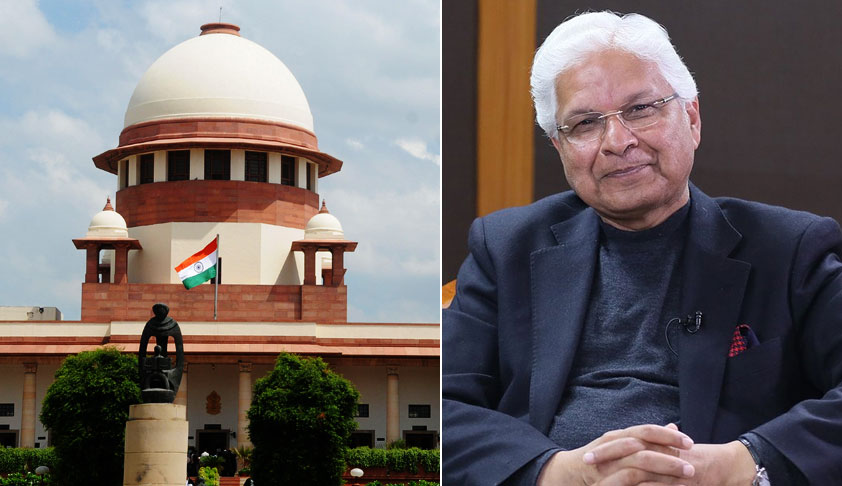 Supreme Court has on Thursday directed the States to ensure that priority is accorded to senior citizens in hospitals, in a plea filed by former Union Minister Dr. Ashwani Kumar which sought for the protection of rights of the elderly. A division Bench of Justice Ashok Bhushan and Justice Subhash Reddy has directed that elderly people are to be given priority in admissions...

Supreme Court has on Thursday directed the States to ensure that priority is accorded to senior citizens in hospitals, in a plea filed by former Union Minister Dr. Ashwani Kumar which sought for the protection of rights of the elderly.

A division Bench of Justice Ashok Bhushan and Justice Subhash Reddy has directed that elderly people are to be given priority in admissions at private hospitals besides at government medical institutions amid the COVID-19 pandemic, in modification to its previous order that was applicable only to government hospitals.

The direction was issued in response to Dr. Ashwani Kumar's suggestion that priority in admission priority in admission to the elderly people should be given in all private hospitals as well since it is mostly private hospitals which cater most of the population in the country. The Court has also directed the States to respond in three weeks to the petitioner's suggestions regarding issuance of necessary MoP incorporating directions issued by the Court

Former Law Minister Dr Ashwani Kumar appearing as petitioner in person informed the Court that State Governments have not yet filed their response in pursuance to the order passed by the top Court on September 7th, 2020, and except Punjab and Odisha, no other State has given details of the steps taken by them. The Court therefore directed the States to respond in three week's time.

The Apex Court on 4th August 2020 had issued directions after hearing an application filed by the petitioner in person seeking directions in terms of older people who need more care and protection in this pandemic of Covid 19. Dr Ashwani Kumar had sought appropriate directions for timely payment of old age pension to all elder persons who are in receipt of the pension.

The petitioner in person had then submitted before the Court that the older people, who are living alone, are worst sufferers and they are not able to get medicines, masks, sanitisers and other essential goods. The care givers of these people are also not equipped with personal protection equipment and are also untrained.

The Court had directed that all old age people eligible for pension should be regularly paid pension and those identified older people should be provided necessary medicines, masks, sanitisers and other essential goods by respective States. In case of an individual request being made, the same should be attended to by the Administration with all promptness. The Court had further directed the care givers of those old age homes to be provided personal protection and appropriate sanitisation should be undertaken in the old age homes. All the States were asked to file their reply affidavit to the averments made in the application by the petitioner in person within four weeks.

The Court through its judgement on 13th December 2018 in a plea moved by Dr Ashwani Kumar had directed the Union to obtain necessary information from all the State Governments and the Union Territories about the number of old age homes in each district of the country and file a Status Report. The Central government was directed to obtain from all the State Governments the medical facilities and geriatric care facilities available to senior citizens in each district.

The Court had observed that it was high time that the Government of India had a relook at these schemes and perhaps overhaul them with a view to bring about convergence and avoid multiplicity. The Central and the State Governments were asked to revisit the grant of pension to the elderly so that it is more realistic depending on the availability of finances and the economic capacity of the Centre and the State Governments.